NewsPaperthe art of publishing
HomeNewsChris McGovern: GCSE’s latest absurdity. The brighter the pupil, the lower the...
1

Chris McGovern: GCSE’s latest absurdity. The brighter the pupil, the lower the grade 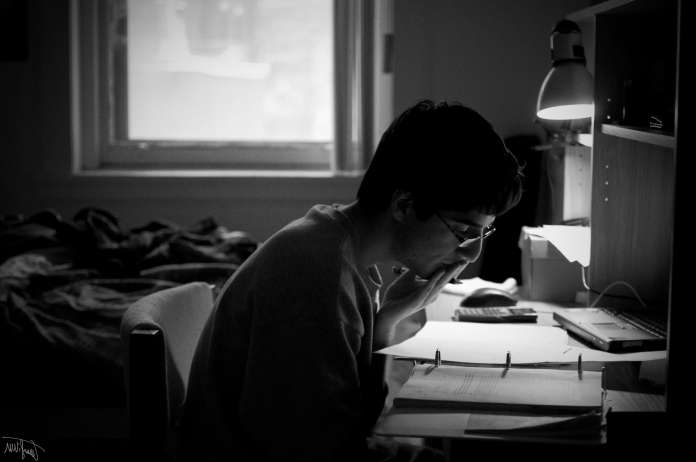 Teachers expect brighter pupils, on the whole, to perform better in public examinations than less bright pupils. It is fairly fundamental to the credibility of any assessment system. Unfortunately, this does not appear to be the case with this year’s GCSE.

Pupils at one of the country’s top independent schools, Guildford High for Girls, were double entered for three modern languages in both GCSE and in the International IGCSE. The IGCSE is used by a number of academic schools in both the private and in the maintained sector because it is seen as somewhat more demanding for able pupils. What a surprise, then, to discover that the candidates rated by Guildford High as the brightest did better on the more challenging IGCSE than on the easier GCSE.

27 of the most able girls performed in line with their high ability on the IGCSE. They achieved the elite A* grade. However, when it came to the bog standard ordinary and less demanding GCSE, only 5 of these most able pupils attained the A* grade. The school is astonished, as many people will be who are not familiar with the anti-intellectual nature of GCSE and the sheer awfulness of the mark schemes. It is a highly formulaic system of assessment, built around too many short-response questions.

A few years ago I sat a GCSE exam in a modern language that I had studied at evening class. It was, essentially, a phrase book approach to language learning; not without its uses for ordering an ice cream and so on but, more or less, devoid of grammar content or any breadth of vocabulary. It had some practical value but even my A* did not provide a substantial basis for further study.

Recently, I came across a set of O-Level modern languages papers from the 1970s. I placed a translation question from one of them in front of a practising A-Level examiner and asked him to identify the examination from which it derived. He told me that it was difficult to decide since the question appeared to be too difficult for A-Level. After some considerable thought, he concluded that it must be from an Oxbridge entrance test! I defy any fair commentator to draw a different conclusion!

The O-Level modern language paper of 40 years ago was infinitely more demanding academically than the current GCSE. Making the comparison should be a required task for our new Education Secretary, Nicky Morgan. Ominously, pupils regard GCSE modern languages as a difficult and entries are in serious decline.

The situation at Guildford High has come about because examiners had to follow a mark scheme that requires them to ‘dumb down’. It cannot accommodate intelligent and sophisticated responses that do not meet a prescribed set of un-academic and formulaic answers.

This is especially problematic for the longer answers required by more demanding questions. Supposedly, we will be seeing more of these long-answer questions in future GCSEs, as part of a promise to toughen up an ‘exam’ that currently has a pass rate of 98.5 per cent (sic).

Leaving matters in the hands of the current exam board ‘experts’ and their regulatory body, Ofqual, will almost guarantee that GCSE remains a failed project; a ‘fake’ examination. It is time for GCSE to be confined to the dustbin and for a fresh start to made based on a range of different exams for a range of different pupil abilities. Sadly, this is not going to happen. We are confronted by the closing of the educational mind.

Share
Facebook
Twitter
WhatsApp
Email
Previous articleHolly’s Letter from America: Dawkins should realise you can’t have love without pain
Next articleKathy Gyngell: English children among the unhappiest on earth. No wonder with the State as parent