NewsPaperthe art of publishing
HomeNewsChris McGovern: Greening surrenders at the first salvo from the Blob
52

Chris McGovern: Greening surrenders at the first salvo from the Blob 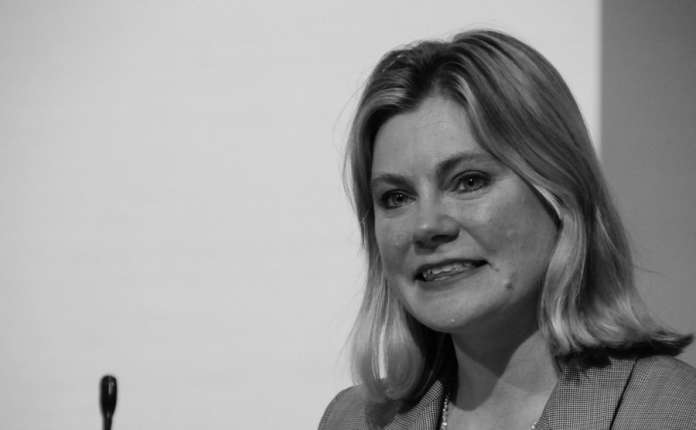 Michael Gove promised us tougher GCSE exams. We were told that a new generation of GCSE exams would be calibrated against the most rigorous exam systems around the world. Even before this new generation of exams have been sat, however, the latest Education Secretary has announced a dumbing down.

Traditionally, we have relied on exam boards and exam markers to debase the currency of public examination certificates. Now, it seems, Justine Greening wishes to get in on the act. She has worked out that more rigorous exams will mean fewer ‘passes’. This is not something that she wishes to happen, at least not to any great extent, on her ‘watch’. She has decided, therefore, that the standard for a so-called ‘pass’ will have to drop a grade.

It will no longer be level 5 on a 1 to 9 scale with 9 as the highest grade, as was promised. Instead, it will be the more easily attained level 4. Those adults who hold the ‘gold standard’ GCE ‘O’ that was banned in the UK in 1988 will find this especially confusing since their ‘O’ levels were on a reverse 1-9 scale with 1 as their highest grade. Nor should we forget that they existing GCSE runs on an A* to G scale. Perplexed? Welcome to the fairground hall of mirrors that constitutes both our public examination system and, indeed, much of our entire education system.

The white flag of surrender is once again flying over the Department of Eduction. The game being played is called, ‘caving in to the Blob’ or ‘the education establishment always wins’. Battered by a skirmish at the recent headteachers’ conference she addressed, Justine has run scared. With the major classroom teacher union conferences around the corner and more attacks on her certain, she has thrown in the towel. She wishes to buy peace through her capitulation on GCSE but will, in any case, face war. Having increased expenditure on education by nine times in real terms since the the 1950s, the government’s school spending spree is running out of cash.

The educational ‘Danegeld’ has been paid, year in and year out, but still the Blob demands more…or else. Unless she can conjure up more cash and,  consequently, more government debt, the hapless Justine is about to find out what the “or else” means. Undermining the integrity of Michael Gove’s reform of public exams is not going to save her. Education secretaries should read their Rudyard Kipling:

“…we’ve proved it again and again

That once you have paid him the Dane-geld

You never get rid of the Dane.”

Share
Facebook
Twitter
WhatsApp
Email
Previous articleMark Ellse: Lesson of Marine A is that soldiers are programmed to kill not split hairs
Next articleTCW Week in Review