NewsPaperthe art of publishing
HomeNewsChris McGovern: Labour’s Hunt should realise that the so-called “experts” have ruined...
1

Chris McGovern: Labour’s Hunt should realise that the so-called “experts” have ruined our schools 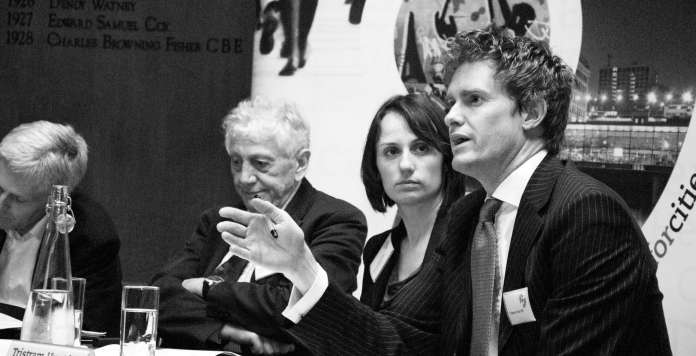 Shadow education secretary, Tristram Hunt, has announced that he wants “all teachers licensed against tough new standards designed by our leading educationists”. This appealing and persuasive idea was first mooted under the last Labour government. It founded on ‘knee-jerk’ union opposition, of course, but how sensible it is meant to seem – a classroom MOT for teachers every five years.

Sadly, Mr Hunt’s proposal reveals a naivety and a lack of understanding of the educational world that should be a matter of concern given his position. Few of us would relish taking our vehicle to a garage run by a bunch of rogue mechanics. Putting so-called “leading educationists” in charge of teacher MOTs is the educational equivalent. And once you control the classroom MOT, of course, you control everything that goes on in the classroom.

To his credit, Mr Hunt seems aware that our state school system has been failing for some time. Sadly, he seems unaware that the reason for this is that our so-called “leading educationists” have been in effective control for years. It is in these ‘guilty’ men and women that Tristram is, now, proposing to entrust even more control.

The “leading educationist”, the ‘experts’, have, to date, brought us illiteracy, innumeracy and unemployability on a scale unprecedented for an ‘advanced’ economy that has invested vast amounts of money in its schools. Employers are despairing of the inadequacies of many school leavers. Most universities now run remedial, ‘catch-up’ courses. International league tables place the UK in mid-table mediocrity, some way behind Vietnam and miles behind the best performers. Thank goodness we can recruit properly educated foreigners!

None of this has diluted a huge sense of self-congratulation within the Blob, the educational establishment. Compare public exam grades with those achieved 30 years ago, the ‘experts’ have long argued, and you will see ‘evidence’ of the greatest improvement in educational standards that the world has ever witnessed. Only recently, has the credibility gap grown too wide, even for politicians to sustain.

Nevertheless, the Blob remains triumphant. Bloated on its devouring of former education secretary Michael Gove and the compliant acquiescence of his successor, Nicky Morgan, its power has never been greater. Tristram Hunt is, now, promising it even more control.

He notion that things can put right by the very people who have caused the problems is as daft as that recently proposed by LibDem schools minister, David Laws. Mr. Laws is calling for the creation of an Education Standards Authority in order to “put subject experts in the driving seat rather than politicians”.

True, some politicians may have given the impression that they have been in charge of education but, for decades, the reality has been very different. Time and time again, government education policy has been hi-jacked by ‘experts’ from the Blob. The only notable exception was Michael Gove’s attempt to restore some sanity to the National Curriculum for History. He was, eventually, trounced by the Blob and forced into a climbdown of excruciating embarrassment. The new History document specifies, for example, the two World Wars and Churchill as “Examples (non-statutory]” of what classroom teaching of history “could include” but makes it a statutory requirement to teach either “early Islamic civilization” or “Mayan civilization” or  “Benin (West Africa)”.

So much for politicians interfering to control what is taught in schools! So much for placing trust or reliance on Hunt’s “leading educationists”! We may, from time to time, have some need of “experts” but, as Churchill warned, they “should be on tap, but not on top.”