NewsPaperthe art of publishing
HomeNewsChris McGovern: Mary Seacole would not have wanted to usurp Florence Nightingale
4

Chris McGovern: Mary Seacole would not have wanted to usurp Florence Nightingale 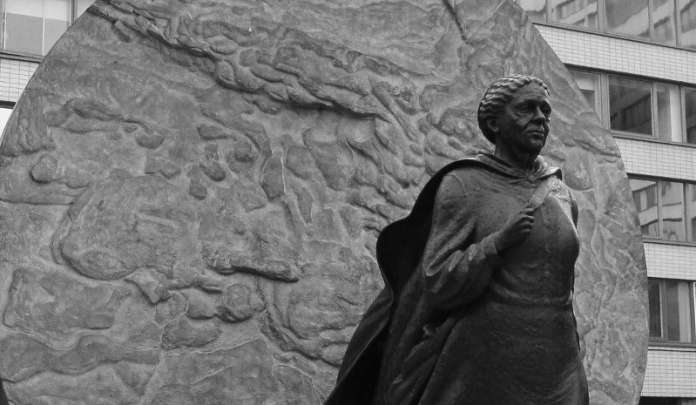 Mary Seacole, voted the greatest black Britain of all time in 2004, is back in the news. A couple of years ago a bitter row broke out over whether she should be a compulsory part of the new National Curriculum for History. In the end, she was the awarded the same non-statutory status as Florence Nightingale, Elizabeth I, Boudicca and every other landmark event and personality of British history.

The Jamaica-born Seacole was of Scottish and Creole descent.  She was a self-styled “doctress” who attended to the needs of our soldiers during the Crimean War. Rather than being a trained nurse in the Nightingale mould she was a provider of potions, herbal remedies, alcohol and food.

Behind the lines she set up a canteen with stores. She called it her “British Hotel”. It did not take overnight guests and closed on Sundays. It provided some medical care for ‘walk-in’ patients with such ailments as stomach upsets or headaches. Serious cases went to Nightingale.

Her autobiography, Wonderful Adventures of Mary Seacole (1857), is a rich source of information and the quotations below.

She advertised her hotel as a “mess table and comfortable quarters for sick and convalescent officers” with a “canteen for the soldiery”. It had a number of high-ranking visitors including a French prince. She focused on the officer class and from tins she provided “salmon, lobsters, oysters”. “Races, dog-hunts, cricket-matches, and dinner-parties were eagerly indulged in” and “…there was a great demand for sangaree, claret, and cider.”

She described ‘the officers, full of fun and high spirits,’ crowding into her kitchen and carrying off ‘the tarts hot from the oven, while the good-for-nothing black cooks … would stand by and laugh with all their teeth’.

In her autobiography she writes of “excited nigger cooks” and describes a dish of roasted monkey “whose grilled head bore a strong resemblance to a negro baby’s”.

She describes the Turks as “degenerate descendant of the fierce Arabs”.  “I believe the fleas are the only industrious creatures in all Turkey,” she opines. She goes on to dismiss “the cunning-eyed Greeks” and “the lazy Maltese”. Her guide in Constantinople she addressed as “Jew Johnny”.

Great admiration, however, was reserved for the English, as this passage makes clear: “Very often an injured Turk would run up to where I sat, and stand there, wildly telegraphing his complaints against some villainous-looking Greek, or Italian, whom a stout English lad would have shaken out of his dirty skin in five minutes.

Mary Seacole would, probably, have been surprised to see herself depicted today as a ‘black’ role model. She called herself a Creole and was proud of her light skinned complexion: “I am only a little brown – a few shades duskier than the brunettes you admire so much”.

Although slavery had been abolished in her home country of Jamaica in 1838, she makes no reference to it in her autobiography. She admired slaves who had escaped from the southern US to make new lives elsewhere, but did nothing to support the anti-slavery movement before or during the American Civil War (1861-1865) even though she had returned to Jamaica in 1860 and was comparatively close at hand. Many other women served as nurses in that war. Interestingly, Florence Nightingale’s grandfather, William Smith MP, was a prominent anti-slavery campaigner.

Mary Seacole was an extraordinary character. She was much admired in Victorian Britain, not least by Crimean veterans. Her racial prejudices reflect the age in which she lived and should no more disqualify her from a memorial statue than they should disqualify Cecil Rhodes. Like Rhodes, she was a defender of Britain’s imperial ambitions. In her autobiography she expresses her “sympathy” for “the pomp, pride and circumstances of glorious war”.

Mary Seacole deserves her statue, but I suspect she would not have wanted either its site or its size to diminish that of Florence Nightingale. Her autobiography makes this clear:

“Florence Nightingale – that Englishwoman whose name shall never die, but sound like music on the lips of British men until the hour of doom.”