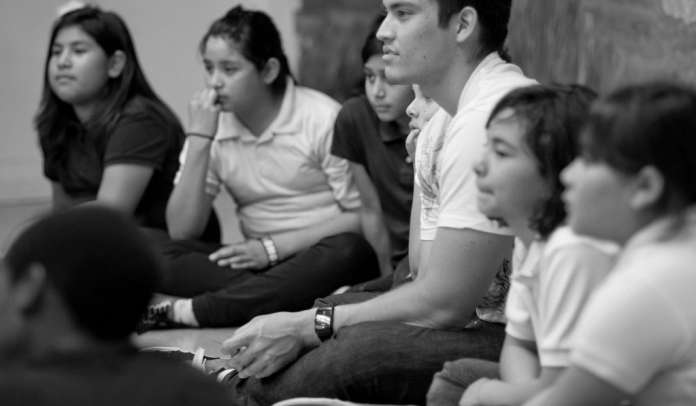 (Chris McGovern of the Campaign for Real Education asks Toby Young about his new book What Every Parent Needs to Know: How to Help Your Child Get the Most Out of Primary School)

Why have you and Miranda Thomas written this book?

We thought it would be a useful compendium of information for parents interested in what their children will be learning at primary school, as well as a guide to what they can do at home to help. Rather astonishingly, there isn’t a parents’ guide to the national curriculum and round about now seemed like a good time to publish one because all maintained schools in England introduced a new national curriculum at the beginning of the present academic year.

What does it reveal about the new national curriculum if it needs a 400- page book to explain it to parents?

It’s certainly quite a weighty document and we didn’t manage to summarise all of it, even allowing ourselves 400 pages. We’ve left out physical education, for instance. But the funny thing is the new national curriculum is a lot shorter than the one it’s replaced. In general, I think cutting down the national curriculum and making it less prescriptive is a good thing because it leaves more room for teachers to put their own stamp on it.

What do you consider to be the main strength of the new curriculum?

Its main strength is that it’s more content rich and subject specific than the old national curriculum – less emphasis on “transferable skills”, more emphasis on mastering the basics. It encourages teachers to provide children with a foundation of factual knowledge in each subject so they can then build up their knowledge in a systematic way. One consequences of this is that the standards children are expected to reach at the end of each year have been raised, particularly in maths and English.

The book states that teachers will be able “to teach in the gentle, child-friendly way they’re used to.” If this means that failed ‘child-centred’ teaching methods do not change can we expect standards to improve?

It would have been difficult to prescribe a particular teaching method in the new national curriculum, which is a description of what children should be taught, not how they should be taught it. My hope is that teachers will soon realise that they have to resort to more traditional teaching methods if the children in their classrooms are going to acquire a lot of factual knowledge. One of the many problems with child-centred teaching is that it’s an inefficient way to impart large amounts of information to a class of 30 children.

The new curriculum is sequential and so how are pupils who have to ‘pick it up’ half, or three quarters the way through, going to cope?

Children currently in Year 2 and Year 6 will continue to do study the old national curriculum in maths and English and will sit the same Sats at the end of the year that their predecessors sat. The ones who will suffer in this transition period are those currently in Years 4 and 5, who will have to switch horses midstream. But having said that, I think schools will be able to manage this problem. I have a son who’s in Year 5 and he seems to be coping okay.

Does the new curriculum do enough to meet the needs of high and low ability children?

I think so, yes, but the proof will be in the pudding. When the state of Massachusetts introduced a knowledge-based curriculum in its public schools in 1993, plenty of educationalists complained that expectations were being set unreasonably high and lots of children would find it too difficult. In fact, scores in the standard tests taken by ten-year-olds and fourteen-year-olds – the National Assessment of Education Progress (NAEP) – shot up and, in 2005, Massachusetts children became the first to top the league tables in all four NAEP categories. When the biannual tests were repeated in 2007, Massachusetts topped the table again, as it did in 2009, 2011 and 2013.

Could your book be used as a ‘check list’ for a school’s performance and, if so, how are you expecting schools to respond to it?

Yes, I think it could, although we’ve been careful to say that not all schools will teach it in the way we’re describing. In history, for instance, there’s no obligation to teach the history of the British Isles in the correct chronological sequence, although I expect most schools will. I have a lot of sympathy for teachers and don’t want to make their lives any more difficult than they already are, but I secretly hope that pushy parents will turn up on parents’ evenings clutching copies of the book and demanding to know why their children aren’t being taught something or other. The difference between latitude and longitude in geography, for instance. There’s no excuse not to teach children that in Key Stage 1.

The new curriculum introduces computer coding from Year 1 (age 5) and makes foreign language teaching compulsory from Year 3 (age 7). Given the paucity of teachers with expertise in these areas how are schools going to cope?

I think those are going to be the two biggest challenges schools face. In the case of the new computing curriculum, there are lots of resources on the Internet to help teachers deliver it so I’m less worried about that than the foreign language requirement. The obvious solution is for primary schools to employ specialist language teachers and abandon the practice of having general practitioners teach the children in their classes every subject. We’re planning to do that at the two primaries my charitable trust has opened, with a majority of lessons taught by subject specialists in Years 5 and 6. It’s the prep school model rather than the state primary one, but it’s perfectly affordable within the funding envelope.

Your book is a comprehensive guide to the new national curriculum but leaves out the important subject of physical education. Why? Will you include it in a second edition?

Our excuse for leaving out PE is that there isn’t much parents can do at home to complement what their children are learning in PE, beyond the obvious, such as taking them swimming on Saturday mornings. We may include it in future editions.

Your book provides plenty of advice on how parents can support their child’s learning but cautions against losing out on “the golden years”. What do you mean?

We don’t caution against that. Rather, we say that one of the joys of “the golden years” is introducing your children to the world and showing them all its treasures. I think it’s wrong to believe that making children embark on their formal education from an early age is tantamount to child cruelty and you should “let kids be kids”. On the contrary, children enjoy learning. You can see this when they’re learning to read in reception and Year 1. They love acquiring knowledge and one of the shortcomings of the old curriculum is that children were on a steep learning curve in their first two years of primary school, but weren’t expected to learn anything like as much thereafter. I hope the new curriculum goes some way to rectifying that.