NewsPaperthe art of publishing
HomeNewsChris McGovern: Prince Harry is right. The young should give as well...
19

Chris McGovern: Prince Harry is right. The young should give as well as take 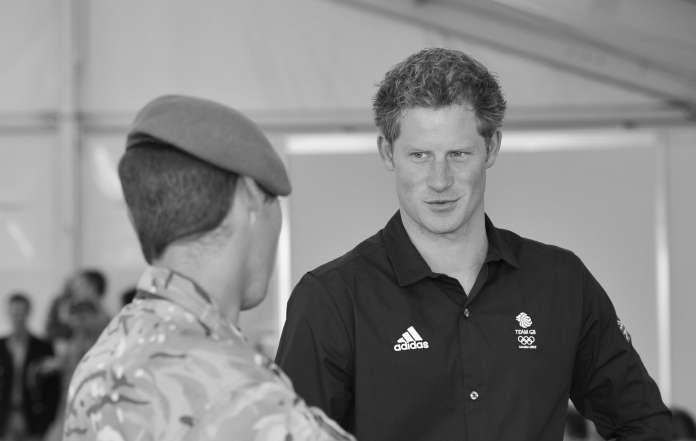 Prince Harry has called for the reinstatement of National Service in the UK. “I dread to think,” he told The Sunday Times, “where I’d be without the army. You can make bad choices in life, some severe, but it’s how you recover from those and which path you end up taking.”

His belief in the value of the armed forces in developing the potential of young people is well-founded. Indeed, in some cases, they act as a form of ‘rehabilitation unit’ for the disaffected and dysfunctional products of our education system, even if that is not their purpose. Such side effects, of course, benefit not only the individuals concerned but society as a whole.

Harry has received the predictable barrage of abuse on Twitter. It is massively ‘incorrect’ to suggest that youngsters should be encouraged to be ‘givers’ as well as ‘takers’. A defining feature of the general election campaign was the extent to which voters were bombarded by promises to make their lives easier. “This is the dependency culture and this is what we can do to add it,” was the pervasive message. Sadly, It was a profoundly depressing and uninspiring message to send, in particular, to the younger generation.

There may have been much that was superficial, wrong-headed and narcissistic about youth culture in the 1960s but, in contrast to 2015, there was an element of well-meaning idealism that was based on more than self-gratification. Today’s politicians are leading us in a very different direction. It seems almost unthinkable now, for example, that any party leader could ask what Jack Kennedy asked of his fellow citizens in his presidential inauguration speech back in 1961:
“Ask not what your country can do for you – ask what you can do for your country.”

However flawed Kennedy may have been as a human being, his message was one young people still need to hear. Prince Harry’s call for a restoration of National Service may seem out of tune with the spirit of our age, but it is a reminder of JFK’s call for ‘service’ to others.

It might be impractical to reinstate National Service on a large scale in terms of the armed forces but alternative forms of service to the nation could be equally transformational to teenagers. A requirement to  serve the sick, the elderly, the poor, the homeless or perhaps to repair the environment should be seen as an essential part of completing compulsory education – a preparation for employment, training or higher education. The excellent Duke of Edinburgh Award Scheme already offers a starting point for change. It needs to be massively expanded to involve all children.

If we really wish to improve our society, people need to give as well as to take, to serve as well as to be served. Prince Harry may not be JFK, but he has reminded us of that there was, and is, an alternative future to that of the Brave New World of welfare dependency currently on offer from our politicians.