NewsPaperthe art of publishing
HomeNewsChris McGovern: The ‘Blob' insists history teaching is about atoning for our...
11

Chris McGovern: The ‘Blob’ insists history teaching is about atoning for our imperial past 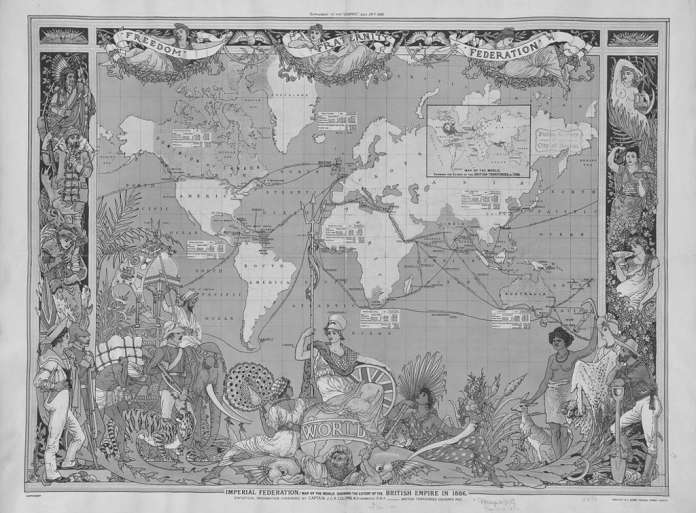 The Benin bronze cockerel in the dining hall at Jesus College, Cambridge looks as though it could be on its way home – wherever home may be. The ‘cockerel must fall’ campaign represents another triumph for the ‘Blob’, the educational establishment. Benin has long been close to its heart!

Back in 1994 I was part of the government appointed group re-writing the National Curriculum for History. I was surprised to be told by ‘experts’ and civil servants at the final meeting that “Benin” would be part of what was then to be the new revised curriculum.

I had not been part of the sub-committee that had decided to include Benin. When the sub-committee reported back to the whole of the review group I asked: ‘Which Benin do you mean?” There was no response from anyone in the room. To break the stony silence I felt obliged to explain that there are two Benins. No one else among the so-called ‘experts’ gathered around me seemed to have a clue about this fact and, certainly, did not want me embarrassing them by pointing out such a ‘technicality’.

One of the Benins is an extinct medieval kingdom, the former territory of which is, now, part of Nigeria. This is the one that the committee members knew about. From the 13th to the 17th century it had produced superb bronzes. The metal came from melted down coins that the Beninese received for the slaves they sold to Europeans. These bronzes were taken away by the British in 1897 and sold off to help pay for the cost of a retaliatory attack on Benin City. This followed the so-called “Benin Massacre” of British soldiers the previous year. Benin’s reputation for especially brutal treatment of slaves and its engagement in human sacrifice soothed any moral conscience in Britain about imperial expansion. A sizeable collection of the bronzes found their way to the British Museum.

All of this, of course, plays perfectly with the ‘Blob’ vision of what education should be all about. For it, history teaching is a means of atonement for what are perceived to be the sins of our fathers. Returning the cockerel is part of the penance. We must pay for our past. This is why the extinct Benin in Nigeria is the one that was included in the National Curriculum.

Even had they known about its existence, the other Benin, the modern state of that name, would never fit the bill. Formerly the West African kingdom of Dahomey, it became a French rather than a British colony. The ‘Blob’ is all about teaching children to despise their own British imperial past and their own national identity rather than the imperial past of other countries.

Modern day Benin, in fact, has a history that is as worthy of study as the extinct Benin, if there is a need to study West Africa. As Dahomey, it was a major power in the region and a centre of the slave trade. It features importantly in Hegel’s “Lectures on the Philosophy of History” (1837) as well as in a range of literature.

None of this is on the radar of the educational experts and civil servants who determine the National Curriculum. By the time Michael Gove got around to producing the latest, 2013, version the description of “Benin” was changed, but only to “Benin(West Africa)”.

But which Benin? Clearly, someone at the DfE needs to do some homework.