NewsPaperthe art of publishing
HomeNewsChris McGovern: The ignorance of the young weakens the Leave campaign
5

Chris McGovern: The ignorance of the young weakens the Leave campaign 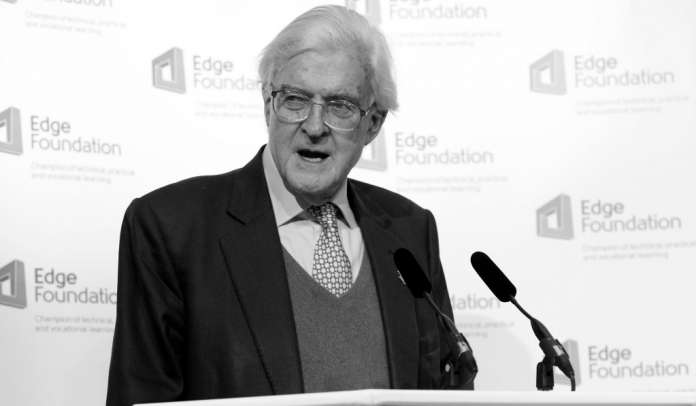 In a new report by the Edge Foundation, Lord Ken Baker, its chairman, argues persuasively that developments in digital technology are leading us into a “fourth industrial revolution”. “The UK’s future workforce,” he warns, “will need technical expertise in areas such as design and computing, plus skills which robots cannot replace – flexibility, empathy, creativity and enterprise.”

I agree with Baker on the importance he attaches to preparing pupil for the digital age. He is right to point out that we “need 21st century education for a 21st century economy.” There is a danger, however, that the Baker way forward will sacrifice the good things about traditional educational in a headlong dash to be modern, forward looking and ‘with-it’. Experience shows has shown that, in education, evolution is, generally, better than revolution. Lord Ken has ‘form’ when it comes to throwing out the baby with the bath water.

As Education Secretary he was the principal architect of our relative decline in terms of educational standards. In the cause of being modern and relevant, and with great enthusiasm, he presided over the introduction of a degraded and dumbed down examination system in the form of GCSE. He, then, gave it monopoly status in order to save it from competition and collapse. His National Curriculum, the first, placed a statutory requirement on state schools to use teaching methods that were barriers to learning. It remains an unreported scandal that maintained schools would have been breaking the law for refusing to teach a curriculum that has, now, been discarded as essentially useless. Its dilution of knowledge left many school leavers in ignorance of subject building blocks.

This will impact, even,  on the forthcoming EU referendum. Many younger adults are largely ignorant of the landmarks that have defined British identity. Not even prime ministers, it seems, are immune from some ‘knowledge lite’ learning.  When interviewed on American TV, Mr Cameron was unable to define the meaning of the words “Magna Carta” and told viewers that in 1940, the year of the Battle of Britain, the UK played no more than a subordinate role to the United States of America.

There is plenty of good sense in Lord Baker’s remedy for clearing up some of the mess he made of our education system. There is, however, some nonsense, too. He claims, for example, that learning a computer language at GCSE will be more useful than a learning foreign language when both are, clearly, of great importance.

Given the parlous state of modern language teaching in Britain this encouragement to sound its death knell is as misplaced as it is wrong. What better subject exists for educating pupils in the skills that, as he rightly points out, “robots cannot replace – flexibility, empathy, creativity and enterprise”? To understand other people we need to understand their culture, how they think and what makes them ‘tick’. For these reasons alone, and there are others, we need to give high priority to the teaching of foreign languages. Foreigners are more than happy to speak English in order sell us their goods and services, but if we wish to sell them our goods and services in return, it helps a great deal to speak their language.

Share
Facebook
Twitter
WhatsApp
Email
Previous articleLiam Fox: A European army is a vanity project that would sap our strength
Next articleKathy Gyngell: Sadiq Khan has to prove he can represent all Londoners