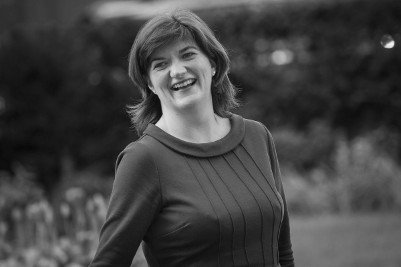 SATs results for 11-year-olds, based on the new National Curriculum, have just been published and 53 per cent of pupils have ‘passed’. Would you believe it? Only a few months ago we were being told that the tests were far too difficult. They were more suited to GCSE pupils according to many teachers. Some commentators even suggested that graduates would struggle to make much headway on some of the questions.

They had a point, of course. Some individual questions on English grammar were a bit ‘loopy’, as schools’ minister, Nick Gibb, discovered to his embarrassment on the BBC’s World at One. In some cases the test setters were inclined to confuse basic grammar testing with linguistic analysis. It would have been better to have focused rather more on language ‘construction’ rather than its ‘deconstruction’. On a simple level, this would mean asking pupils to ‘construct’ a few sentences to include the parts of speech or grammatical construction that one wishes to test.

Without doubt, some of the testing of grammar and punctuation needs be improved. The overall thrust of the tests, however, towards greater rigour should be welcomed. It is a step in the direction of ensuring that SATs are in line with standards in higher performing education systems around the world.

The results should provide a more honest assessment of 11-year-olds than existed previously. According to the OECD, our 15-year-olds trail those in parts of the Asia-Pacific by up to 3 years. If we are ever to close the gap we need the SATs to reveal the truth rather than to conceal it. In my experience, most children, too, prefer an honest assessment of how well, or how badly, they are doing.

Celebrating relative under-achievement in the classroom is a betrayal of the next generation. The educational establishment, the ‘Blob, is obsessed with what it describes as pupil ‘self-esteem’. Its response to these latest SATs result is as predictable as it is depressing. It should have lauded that fact that over half of our 11-year-olds ‘passed’ tests that it regarded as far too difficult. Instead, we have had lamentation, negativity and the gnashing of teeth.

Lucy Powell, until recently the Shadow Education Secretary, claimed a fall in standards with children being used as guinea pigs. The general secretary of the Association of Teachers and Lecturers, Dr. Mary Bousted, declared: “We are worried that many children will have lost their confidence as readers because of this test.” She failed to explain why, according to employers’ organisations, around 20 per cent of current school-leavers these days are unemployable because of poor levels of literacy and numeracy.

SATs are the culmination of the six years of primary schooling and so it will be several years before we will be able to judge the full impact of the government’s new National Curriculum. The latest results are, if anything, better than we might have expected.