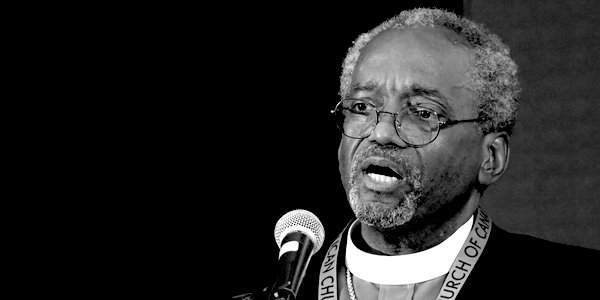 ‘Michael Curry is a superb preacher and a delightful man. And if everything wrong in the world could be put right by charm and beauty and wit, we would have nothing to worry about.’

So wrote Gavin Ashenden, former honorary Chaplain to the Queen, yesterday. He has come in for some stick in the 24 hours or so since he commented on Bishop Curry’s ‘star turn’ sermon at the marriage of Prince Harry and Meghan Markle, now the Duke and Duchess of Sussex.

It was a tour de force, Ashenden concedes. But he says it was also a politicised, Christianity-lite, and theologically flawed version of the faith. As such, Ashenden goes on to explain, it offered an insight into the dramatic difference between the two kinds of Christianity that are at odds with each other in the Anglican Communion. It was quite obvious (to me anyway) that Ashenden could not, in all conscience, ignore it. Christianity-lite has three serious flaws. It doesn’t define love, it never delivers on the hope and it isn’t what Jesus preached.

Ashenden has defended his stance here. It was not his aim, he says, to cast a cloud over a joyful occasion but to speak the truth at a moment when this difference was brought to the public notice.

It was, in my view, a difficult and courageous decision in the knowledge it would cast him as a killjoy. It’s for you to make up your minds.