NewsPaperthe art of publishing
HomeNewsChristmas and the spirit of Dickens
71

Christmas and the spirit of Dickens 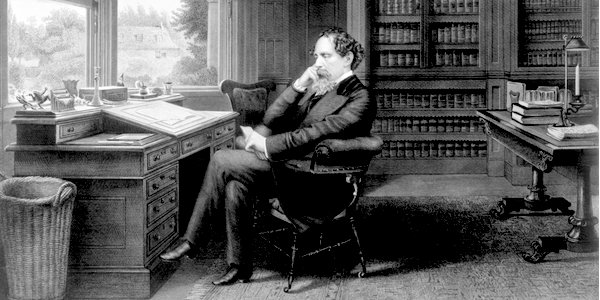 DICKENS used to be essential Christmas viewing, but given the BBC’s ‘diversity’ obsession, if we ask for more we might get a black Oliver Twist, a Davida Copperfield and Nicholas Nickleby enjoying a close personal relationship with Smike – and a ‘trans’ Martin Chuzzlewit would help in achieving their target for more female representation.

Over the years some fine BBC adaptations have captured the spirit of Dickens, but their 2012 bicentennial ‘tributes’, supposed to make him relevant to the modern age, followed by the ill-fated Dickensian, an ambitious detective mystery featuring various Dickens characters and cancelled after one series, looked more like an attempt to confine him to the vault.

Like Marley’s ghost, however, the spirit of Dickens heeds not solid walls; being jilted at the altar and burned to death on one’s own hearthrug still make compelling viewing, but the BBC’s 2012 Great Expectations, with its gratuitous brothel scene, suggests that these guardians of our cultural treasure house, as well as not ‘getting’ Dickens, are actually bored by him.

Judging by this year’s lacklustre offerings they also seem bored with Christmas. Unaccustomed to fasting, they cannot understand why the poor love to feast their imaginations on truth and love – or that Dickens saved Christmas, that great feast for the poor, by ensuring that anyone who complains will be called a Scrooge. Consequently the BBC now deals with Dickens by safely packaging him in its present-day progressive preoccupations.

It was Dickens, ironically, who was the true progressive, for he found treasure in the unwanted gifts of life – joy in misery and even good in evil. Christmas illuminates the December gloom by lighting a candle in the dark, and Dickens’s fertile imagination is a tonic for the spirit, reminding us that good can triumph over evil; that weakness is stronger than strength.

In Dickens there are no Thomas Hardy-type characters struggling hopelessly against a pitiless fate. For better or worse, Dickens’s characters make their own fate. And they struggle against evil.

So did Dickens. He was the son of an improvident father, said to be the model for Mr Micawber. In his day abandoned children were commonplace – but were not ignored by Dickens. Workhouse boy Oliver Twist, after enraging Mr Bumble the Beadle by asking for more, falls in with Fagin and is wrongly accused of stealing from the respectable Mr Brownlow. Taken under his wing, only much later do Oliver’s connections to the Brownlow family emerge and he lives happily ever after.

Dickens loved the amazing coincidence and the happy ending, and they are essential to fairy tales – as are orphans. The Mystery of Edwin Drood has two orphans pledged to each other in marriage regardless of their feelings; in Dombey and Son little Paul’s mother dies shortly after giving birth and his wealthy father rejects him. Ebenezer Scrooge suffers a similar fate, and David Copperfield is cruelly treated by his step-father, the villainous Mr Murdstone. In Great Expectations the jilted Miss Havisham brings up orphaned Estella to wreak revenge on the entire male world, including the orphan Pip. Covetous old Martin Chuzzlewit, paranoid about people coveting his fortune, increases orphaned Mary Graham’s incentive to keep him alive by leaving her nothing in his will.

The BBC’s ‘diversity-and-equality’ anxiety seems to echo Dickens – but only to a point. Their response to a young pregnant homeless girl would not be adoption, but abortion rights. Little do they see that the modern equivalent of Wackford Squeers’s boarding school Dotheboys Hall, a dumping ground for wealthy men’s illegitimate offspring, is the Marie Stopes clinic.

If people are bored by Dickens it could because they no longer see life as the greatest gift of all. Killing no longer ‘makes our flesh creep’. And if there is no Dickens to prick the public conscience perhaps it is because that child’s life was ended before it could begin. While abortion means we no longer see hordes of orphans, the decline in marriage has meant thousands of children being taken into ‘care’ – and the state makes as bad a parent as Bleak House’s negligent Mrs Jellyby. That, a modern-day Dickens as opposed to the BBC’s diversity and inclusion army, would or should see. Dickens was a radical. But his aim was to change hearts and minds, not to impose solutions. It was the ‘solutions’ that horrified him, not least the brutal utilitarianism and faceless statism first seen in the workhouse, a system which endured until the 1930s; in fact in the 1920s my own father, a great Dickens fan, spent time in the workhouse, and his little sister died there.

Dickens was a true friend to the poor and, like Christmas, he was all about hope as the solution to poverty, not despair. The eminently progressive King Herod marked the first Christmas by slaying the Holy Innocents, and each New Year brings a surge of unwelcome gifts – unwanted babies. Dickens would have us adopt them into our hearts, for Christmas is also about welcoming the stranger – a stranger made in the image and likeness of an unknowable God, who made Himself known to us in a stable in Bethlehem.

It is no coincidence that as the old battle for inner perfection was abandoned we became obsessed by the quest for outer perfection. Mr Micawber, Pickwick, Betsey Trotwood, Magwitch, old Fezziwig, Uncle Dick – nothing could be stranger or more imperfect than the children of Dickens’s imagination – but when we take them to our hearts we open the door to the real spirit of Christmas; and they no longer seem so strange.