NewsPaperthe art of publishing
HomeNewsChristmas cancelled! But the banned played on
59

Christmas cancelled! But the banned played on 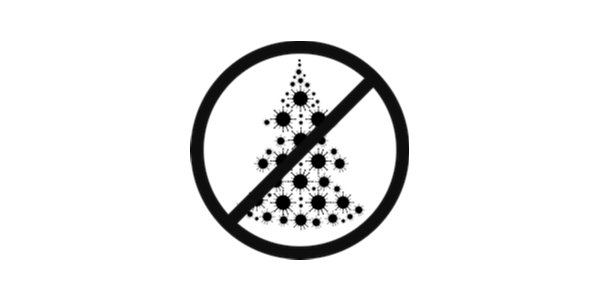 AS we know to our confusion and frustration, there’s been a lot of faffing around by the Government over how we’re allowed to celebrate this Coronavirus Christmas 2020.

But 377 years ago, during the English Civil War era, there was no messing about under the regime of the Puritans . . . they simply banned Christmas.

From December 1643 onwards, Parliament sought to cancel the traditional festivities by ordering that December 25 should be just another working day, with shops staying open and no one carousing or carolling.

MPs passed an ordinance castigating those ‘who have turned this feast, pretending the memory of Christ, into an extreme forgetfulness of him, by giving liberty to carnal and sensual delights’.

Later, a Directory for Public Worship was issued, making clear that festival days, including Christmas, were not to be celebrated, but spent in respectful prayer and contemplation.

Contrary to what is generally thought, Oliver Cromwell was almost certainly not directly responsible for the ban. The clampdown came because straitlaced Puritan MPs were disgusted at the drunkenness, revelry and debauchery that had marked the season for hundreds of years.

Ever vigilant to any hint of Popery, they changed the name of Christmas to ‘Christ-Tide’ to avoid the connotation of ‘Christ’s Mass’ – the Mass celebrated by Roman Catholics.

Complaints against festive fun and frolics were not new even then. In his Anatomie of Abuses (1583) pamphleteer Philip Stubbes railed against the ‘masking, mumming, robberies, whoredom and murder … to the great dishonour of God and the impoverishing of the realm’ that Christmas brought.

In his Histriomastix of 1632, Puritan author William Prynne asked why the English could not observe the day ‘without drinking, roaring, dicing, carding, masques and stage-plays’.

Old Philip and William wouldn’t have been much fun at the office party.

However, as in these lockdown days, there were flouters. Many ignored the strictures and carried on eating, drinking and being merry over the 12 days of Christmas, singing carols, eating mince pies and supping specially-brewed strong ale. Those who were caught were fined.

In 1647, when the anti-Christmas law was strengthened, there were riots and disturbances in Oxford, Ipswich, Ealing and Canterbury. In Canterbury, the mob enforced a shutdown of the market and ransacked shops that tried to open.

Christmas did not get back to its old ways until the restoration of the monarchy in 1660, when Charles II repealed all laws made under the Parliamentary regime.

However, it occurs to me that if our ongoing nightmare of lockdowns and tiers drags on until next December, God forbid, the Government may want to avoid a second seasonal shambles.

Those ordinances from the Puritan era must still be lying around on the Statute Book somewhere – so watch out for reports of ministers sneaking down to the Commons archives to dust them off. Could Christmas 2021 be cancelled?