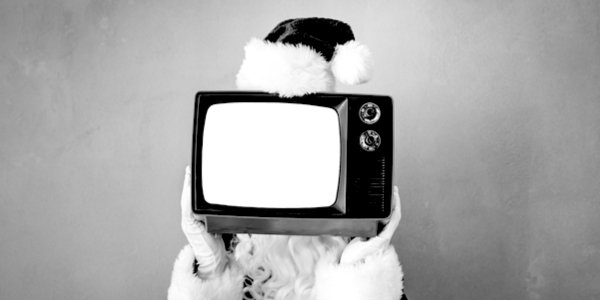 TCW is delighted to present a ‘sneak preview’ of the best programming on TV and radio over the Christmas period.

Sit back with the family, switch the phone off and put your feet up for 90 minutes of pure television gold. ‘Strictly’ has been a broadcast phenomenon since launch and is now enjoyed across the globe. This one-off special showcases all that’s great about BBC TV. We have seen a brief promotional trailer and the pairings conjure up a whirlwind of sequins, silk and satin.

This Boxing Day special is fun for all the family and the celebrities are guaranteed to provide unrivalled entertainment. Countryfile stalwart John Craven will be joined in the celebrity line up by literary lions Salman Rushdie and Dame Hilary Mantel, entrepreneur Lord Sugar, Grant Shapps MP and retired General Sir Richard Dannatt.

With two dances to complete with their professional partners, it will be quite a contest, but who will waltz off into the sunset clutching the coveted glitter ball?

Which celebrity does Bruno Tonioli describe as having the best hip movement?

Who does a ‘champion Cha-cha-cha’, which couple dance a ‘tantalising Tango’ and who delivers a ‘riotously raunchy Rumba?’

Watch to find out.

Viewers of a certain age will recall this ground-breaking series that ran in the late 1950s and early 1960s. Hosted by the uncompromising John Freeman and with direct ‘full-face’ camera work it attracted notable participants – Carl Jung, Simone Signoret, Evelyn Waugh and perhaps most famously Gilbert Harding, who was reduced to tears.

In this eagerly anticipated re-boot, national treasure Christopher Biggins makes a masterful interlocutor. His penetrating questions, unwavering gaze and a desire to get to the ‘real person’ make for compulsive, if occasionally uncomfortable viewing.

First in the chair is nineties celebrity Mr Blobby, who talks candidly about his battle with depression and alcohol after having his contract terminated. Biggins doesn’t shy away from asking difficult questions that less gifted interviewers might avoid.

Book of the Week

Literature lovers are well catered for at Christmas with a host of book launches for every taste. Radio 4’s popular Book of the Week slot has attracted many authors happy to read passages from their work. This week it is the turn of the leader of the Labour Party, Sir Keir Starmer, who reads extracts from his autobiography I Have a Dream.

Chapter One (Monday) charting his early years is especially poignant, as is his unbearably sad revelation of struggling to master the kazoo. Yet vision and determination are never far from the surface. Listeners will have tears in their eyes on Friday, when he finishes his reading with a mesmerising, concert-standard kazoo rendition of Lonnie Donegan’s My Old Man’s a Dustman.

An insider tells us that following recording Sir Keir contacted the BBC requesting that post transmission the following statement is read out; we print it below.

‘Whilst I was happy to simply play the notes to My Old Man’s a Dustman and omit the lyrics, it has been pointed out to me that I could have unwittingly given offence to some listeners. The song was written in a different era when enlightened views were unfortunately not so prevalent. The occupation of domestic refuse operative was primarily reserved for a person with a penis; of course, a person with a cervix would be more than capable of “jumping up on the cart” if so requested (following appropriate health and safety assessment). I would like to apologise unreservedly for any upset occasioned by my lapse of judgment. I have referred myself for a two-day unconscious bias workshop. I hope this puts an end to the matter.’

Celebrity Christmas at The Repair Shop

First up, Diane Abbott and her dilapidated abacus. Whilst clearly not having been used in a long time, it is not too much of a challenge for master wood restoration expert Will Kirk. With patience, care, and professional expertise, he restores it to former glory. The look of wonderment on Diane’s face is what Christmas is all about.

Boris Johnson gives the team a real headache with his barely recognisable wooden cabinet which he cheerfully admits is broken, disfigured with blemishes, not fit for purpose and seemingly ‘good only for the scrap heap’. Can Jay work his ‘magic’ and make it fit for purpose once more?

We all might have had enough of food over the holiday period, so why not settle down and watch how others struggle with ingredients and timings – all served up with tinsel and mulled wine?

Former Prime Minister Gordon Brown (dressed as one of Santa’s helpers!) reveals hidden depths by handling the ‘invention test’ with brio. He cleverly creates his ‘stolen pensions panna cotta’ from a handful of fruit, gelatine and a vanilla pod. With an imaginative twist, he tops the dessert with a ‘golden sell-off syrup’. Judges are unanimous in their praise of how such a devastating dish could be conjured up so effortlessly.

Environmental issues are, as one would expect, very much to the fore and no surprises that Green Door by Shakin’ Stevens features in his top three selections, alongside Green Manalishi by Fleetwood Mac and Green Fields by the Beverley Sisters.

His luxury item of unlimited ballot papers might raise a few eyebrows; however, his book choice is inspiring: Heat Pumps – a Warm Future Awaits.

Happy viewing and listening to all!