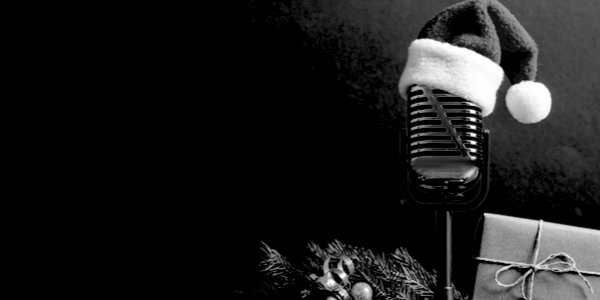 This is the third in our series of Christmas songs by Jewish writers.

Cahn was born Sammy Cohen in 1915 on the Lower East Side of New York, the son of Polish Jewish immigrants. He learned the violin and to the dismay of his parents, who hoped he would take up a profession, at the age of about 14 he joined a band called Pals of Harmony which used to entertain Jewish holidaymakers in the Borscht Belt of resorts in the Catskill Mountains. He began writing song lyrics at 16 and worked with various partners until he met Jule Styne in 1942.

Styne was born in London in 1905 to Jewish parents from the Ukraine. His family moved to Chicago when he was eight. There he started to learn the piano and turned out to be a prodigy, performing with the Chicago, St Louis and Detroit Symphony Orchestras before he was ten years old. He had a variety of jobs as well as writing songs, and eventually became noticed in Hollywood, where he was championed by Frank Sinatra.

Styne and Cahn were paired to write songs for a film called Youth on Parade. According to writer Steve Cohen in The Cultural Critic (in an article well worth a read), the relationship did not get off to the best start.

‘Cahn described his first working session with Styne: “He went to the piano and played a complete melody. I listened and said, ‘Would you play it again, just a bit slower?’ He played and I listened. I then said, ‘I’ve heard that song before’ – to which he said, bristling, ‘What the hell are you, a tune detective?’ ‘No,’ I said, ‘that wasn’t a criticism, it was a title’.” I’ve Heard That Song Before became their first hit.’

A series of romantic ballads followed, then came the big success with Let It Snow! Here are the lyrics:

Oo-wee goes the storm
Why should he worry when he’s nice and warm?
His gal by his side and the lights burn low
He just says, ‘Let it snow, let it snow’

The first recording was by Vaughan Monroe in 1946.

The song was given a makeover by Jessica Simpson in 2004.

There have been many more recordings over the years. One of my favourites is by the great Rod Stewart on his 2012 album Merry Christmas, Baby. Here is a live performance with Kylie Minogue.

The Cahn-Styne partnership came to an end in 1949, but the pair reunited to write the title song of the 1954 film Three Coins in the Fountain, sung by Frank Sinatra. It won the Oscar for Best Original Song in 1955.

They worked together once more, to write the 1970 show Look to the Lilies, based on the movie Lilies of the Field. It was a flop and marked the end of the partnership once praised as the greatest after Rodgers & Hammerstein.