NewsPaperthe art of publishing
HomeCOVID-19Civil war? Maybe not. But it could get grimmer up North
97

Civil war? Maybe not. But it could get grimmer up North 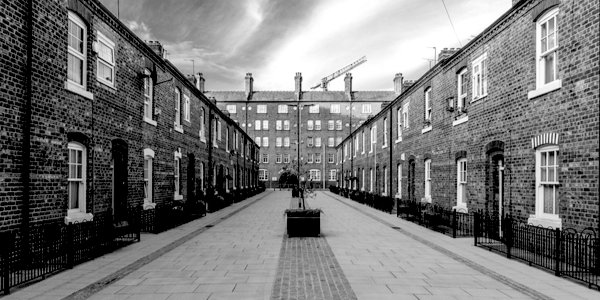 FOLLOWING the recent dispute between the Government and the North of England, a new Whitehall policy has been formulated …

1. Every stick and stone in the North will be knocked down.

2. Northern cities will be sacked and fields set ablaze.

3. Factories will be demolished and cathedrals burned to the ground.

4. Stones from torn-down buildings will be taken to Southend and used to build pleasure palaces for Londoners.

5. Northerners will be sold off in Hyde Park. Every Londoner will have two Northerners to wait on him, clean his shoes, make his meals and trot behind his car.

6. Nobody will remember the North. It will be erased from human memory.

Luckily, we’re not talking about the aftermath of last week’s Tier Three row between Boris Johnson and the mayor of Greater Manchester Andy Burnham, when the Prime Minister denied he was ‘at war’ with the North.

The retaliatory measures are paraphrased from the 1968 novel The Day the Queen Flew to Scotland for the Grouse Shooting, byYorkshire-born Arthur Wise, when the North has been defeated by the South in a devastating civil war.

The book tells how the historic antipathy between the two regions escalates into all-out armed conflict following a riot between Newcastle United and Chelsea football fans.

Northern leaders see themselves as battling for freedom from their London-based rulers. One says: ‘For 200 years we have been a depressed race. We still live in conditions that are a scandal in any country claiming to be civilised – conditions in which no Southerner would keep his dog.

‘We’ve produced the wealth of this country and it’s been stolen from us. But we’re going no further with you. This is where slavery ends.’

With England turned into a battlefield, tactics become increasingly ruthless. When Nottingham declares for the North, it is carpet-bombed and shelled, leaving 20,000 dead.

In the end, the Government calls on the USA for help and as American forces go on the offensive with their formidable military hardware, the Northern rebels are crushed.

Happily, after last week’s real-life political battle, Manchester and the rest of the North remained standing. And there were no drastic retaliations.

Instead, all was sweetness and light between the two opponents, for public consumption at least. Johnson said he was ‘grateful’ to Burnham and the mayor said he now wanted to ‘clear the air’ and ‘reset things on a better footing’.

But the stark reality is that more and more of us are getting fed up with the Government’s shambolic Covid-19 policies and there are now rumblings of discontent from Tory MPs.

More than 50 have written to the Prime Minister calling for a ‘clear road map’ out of lockdown restrictions in the North, warning that the region risks being ‘left behind’.

Although The Day the Queen Flew to Scotland for the Grouse Shooting is extreme fantasy, it is perhaps a reminder of how unrest can grow alarmingly when people feel marginalised and disregarded.

Serious as it is, the current coronavirus mess is highly unlikely to lead to civil war. But the longer Boris Johnson and his Government fail to get a grip on the issue, things are likely to get a lot more uncivil.