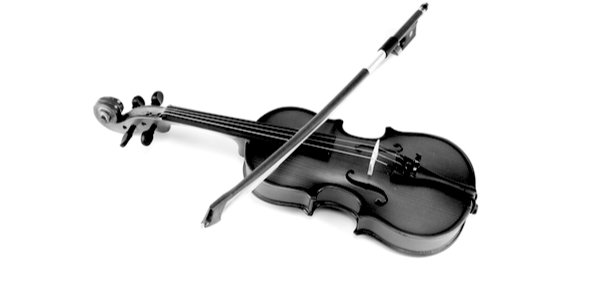 TO my ear, the moment after the orchestral build-up when the solo viola and violin enter together, an octave apart, is one of the most thrilling in music.

The work was written in 1779 when Mozart was 23. He had been a musician at the Salzburg court since the age of 17, but had grown restless and went travelling in search of a better position. He spent seven months in Paris, where the symphonie concertante, as it was called in France, was very popular. It is like a concerto but with more than one soloist. While in Paris he composed his Concerto for Flute and Harp K299, which is essentially a sinfonia concertante. When he got back to Salzburg he started to write a sinfonia concertante for string soloists, featuring violin, viola and cello, but he abandoned it. His second attempt was this one, which is now considered among his early masterpieces.

I have chosen this delightful 2012 recording by the Chamber Orchestra of the New England Conservatory in Boston. This is the orchestra for the college’s most advanced students, with soloists Grace Park (violin) and Wenting Kang (viola). Both have gone on to successful solo careers. There appears to be no conductor, but I wonder if he is off camera?

Here is the score, though I don’t think the recording by the Fulda Symphonic Orchestra of Germany is quite as good as the one by the students.

As a matter of interest, I found an academic paper called Why Chinese people play Western classical music: Transcultural roots of music philosophy by Hao Huang, a professor of music at Scripps College, California. Luckily for me The Wilson Quarterly summarised it, and it is fascinating. It says that classical music was introduced to China by missionaries in the 19th century and quickly became popular as a symbol of the Western ‘culture of scientific progress and modernisation’. Confucius believed that the study of music was ‘an indispensable way to train the mind’, Huang notes, and considered it more important than mathematics and writing.
European music came under attack during Mao Zedong’s Cultural Revolution, the communist government portraying it as a bourgeois invention used for counter-revolutionary ends. Later it came back into favour. Li Delun, a Chinese musician trained in the West, helped lead the revival with a new ideological line, declaring, ‘People need this product of the West to liberate their cultural thinking from 2,000 years of feudalism.’ Now Chinese parents and students are aware that a classical musical training could be the way into a coveted place at a top university.

‘There is a deeper irony in China’s renewed enthusiasm for Mozart and Mahler, Huang says. The future of Western classical music as a “living art form” may be in the hands (and fingers) of the East’s rising musicians rather than those of the West, where classical music is “marginalised by the contemporary entertainment industry as an esoteric genre for a privileged few”.’

How sad if he is right.