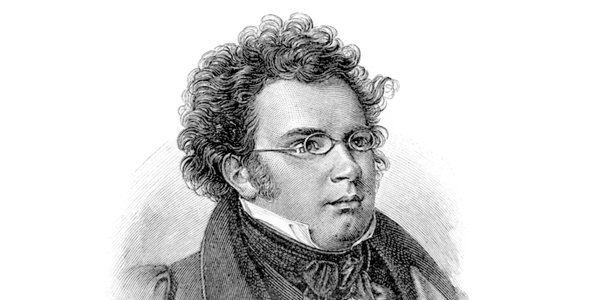 I FIRST heard this decades ago as the signature tune to a BBC serial reading of Henry James’s The Aspern Papers, and I was captivated. I don’t know why it is not heard as often as other Schubert jewels such as the Trout Quintet D667.

Franz Schubert (1797-1828) was astonishingly prolific, the compositions simply tumbling out. He completed this work, sometimes called Adagio, in the autumn of 1827, a year before his tragically early death at the age of 31. His health was already failing (he had symptoms of mercury poisoning, mercury being used to treat syphilis, though it is not certain that he had it), and he had confided to friends that he thought he was near the end. It is my fancy that you can hear his sadness, anger and maybe acceptance in this lovely piece.

Schubert composed more than 1,500 works; imagine what else he might have achieved.

He was buried by his own request in the village cemetery of Währing, Vienna, near Beethoven, whom he had admired all his life. He had served as a torchbearer at Beethoven’s funeral a year before his own death. In 1888, both Schubert’s and Beethoven’s graves were moved to the Vienna central cemetery, the Zentralfriedhof, where they are next to those of Johann Strauss II and Johannes Brahms. The epitaph on Schubert’s Währing memorial, written by his friend, the poet Franz Grillparzer, reads: Die Tonkunst begrub hier einen reichen, aber noch viel schönere Hoffnungen (‘The art of music has here interred a precious treasure, but yet far fairer hopes’).