NewsPaperthe art of publishing
HomeNewsClever, clear thinking and hated by the Left – what’s not to...
70

Clever, clear thinking and hated by the Left – what’s not to like about Jordan Peterson? 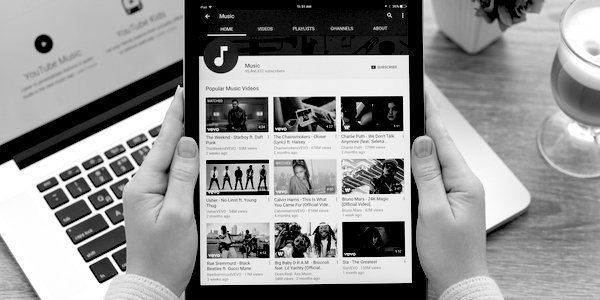 Jordan Peterson has rapidly gained fame for his ability seriously to annoy the Left-wing establishment, particularly in academia and the media. His interview with Channel 4’s Cathy Newman where they clashed so memorably is just the latest example of his ability to disrupt Leftist orthodoxies. He first attracted widespread attention for his refusal to use what he saw as politically mandated and false language when addressing transgender people. Peterson saw his position as something that simply had to be defended, whatever the post-modern Left and its allies could throw at him. It was an intellectual Stalingrad. He stood directly in the path of the Gramscian ‘long march through the institutions’ and refused to budge. He became a hero.

But Peterson is more dangerous to the post-modernist Left as he fights them at the most fundamental level, attacking the building blocks of their ideology. As a professor of psychology he has put himself in conflict with them on one of the deepest human questions of all. Where do we draw the line between our genetic inheritance and our environment in considering the outcomes we achieve in life, both for individuals and groups? This battle contests ground essential to cultural Marxist ideology and the academic subjects it has effectively taken over.

The Left has stretched and politicised the old debates of nature versus nurture – seeing people not as the result of a complex interplay between their genes and the world they inhabit, but as ‘social constructs’, their biology and heredity being of little importance to how they live and behave. These debates underlie many questions of social policy and politics, with the Marxist viewpoint dominating much of academia and the media, rippling outwards and controlling much of polite opinion. Those who hold opposing views are condemned as unenlightened or bigots.

Of course Peterson isn’t the first intellectual to challenge these ideas and to champion the hard science of how our genetics and biology affect who we are and what we do with our lives. Many of Peterson’s arguments are uncontroversial to specialists in the relevant fields, but the dominance of Left-leaning ideas within sections of the media means that the public are often unaware of this.

Prominent in the fightback against the social constructionists was psychologist Steven Pinker. His 2002 book The Blank Slate: is a must-read for anyone who opposes cultural Marxism. Pinker demonstrates how much of a human is built before birth and how those who can’t accept this are guilty of almost magical thinking about how we function. But, importantly, he also argues powerfully that innate differences do not justify giving people, either as individuals or by group membership, different levels of moral value.

Peterson picks up this fight in the age of social media and reaches a new audience. Direct and clear, he deploys great erudition and uses the experience gained in years of clinical practice as a psychologist and hard biological realities to demolish his opponents. On gender differences he wrong-foots opponents, who itch to dismiss him as sexist, by insisting on the absolute equality of worth between men and women, and that basic respect and dignity are due to everyone. No doubt to the surprise of the Marxist student warriors who have tried to ban him from stages, labelling him a ‘transphobic piece of sh*t’, he extends this respect to people who are transgender. Peterson has many transgender supporters, who just want to be left alone to get on with their lives, seeing Peterson as their defender against exploitation by social justice warriors keen to use them as a cross between cannon fodder and a battering ram in their various political crusades.

Peterson is equally clear with other issues such as the heritability of intelligence and the importance of IQ. Just what IQ means and why some people score better than others in IQ tests are issues that have long been fought over within academia. Again, Peterson is brutal in using facts to batter his opponents.

Away from his specialisms in psychology, he is equally ferocious and knowledgeable. His list of what he sees as the most important books to be read shows his strong sense of history and the darker side of politics. His first undergraduate degree was in political science. Perhaps that is an odd start to the academic career of a psychologist, but it might help explain how he can so clearly see the threat and destructive power of post-modernist ideas and make the connections that many more innocent scientists might miss.

On most issues, he can show real skill as a debater or communicator, picking out quirky facts or ideas that grab your attention and lodge in your head. In the C4 clash, Cathy Newman made a real error in attempting to mock Peterson for using the example of lobsters to make an argument about the innateness of social hierarchies and how they are not just the creation of a wicked capitalist system. Newman seemed to think this was good ammunition – surely you can’t compare people to lobsters. But the attack left Peterson unbothered. He not only easily won the point (although there are reputable scientists who disagree with his analysis) – but his argument will stick in viewers’ minds long after they have forgotten Newman’s sneering.

Peterson makes tremendous use of social media. His Facebook page links to a wealth of well-chosen and intriguing material and he delights in linking to items that are critical of him, showing no fear of his enemies. On YouTube, he is clear, engaging and enjoyably combative. Rare glimpses of hesitancy and awkwardness only add to his appeal.

His YouTube channel now has nearly 300 videos, quite apart from the myriad clips uploaded by fans. His range is immense: from the personal problems that make up much of modern life, to the myths and foundational stories of our civilisation, via the battles to defend freedom against the evils of totalitarianism. You don’t have to agree with everything Peterson says to enjoy this great reservoir of work, and spare evenings can easily be lost surfing his content.

As Peterson’s status as a modern guru grows around the world, we should remember that heroes can sometimes end up as disappointments. Ideas matter more than people. Nevertheless, his ability as a communicator, particularly to younger people, makes him a tremendous asset to the cause of opposing Marxism and post-modernism in all their manifestations. You might not share all of his views, some of his arguments might be flawed, but it is rare to find a champion with such appeal and articulacy, unbothered by bien-pensant conformity. Someone who rouses such anger and contempt among Marxists must surely be a good thing. We should plug him as hard as we can.