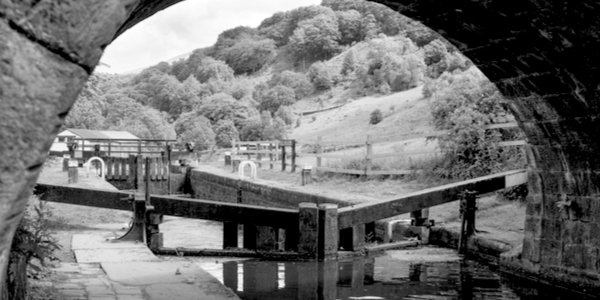 Clogthorpe District Council was the creation of the brilliant Keith Waterhouse in his Daily Mail column from 1988 to 2009. The genius of the original can never be matched. But in humble tribute to Waterhouse, let’s see how the burghers of Clogthorpe are handling one of the big issues of the day . . .

Because the Committee’s usual Town Hall venue was already booked by the Worshipful Company of Clogthorpe Millstone and Waterwheel Operatives for their annual awards ceremony, the Committee resorted to the back room of the Snivelling Coalman public house.

Opening the meeting, Cllr Bulge (Chair) asked what daft ha’porth was dragging them (the Committee) out on a brass monkey night like this, especially when Strictly was on telly and his lady wife had already ordered in a Just Eat chicken, kebab and pizza mini-feast with complimentary soft drinks.

Cllr Ms Roz said she was responsible and would like it recorded in the minutes that the term ‘daft ha’porth’ was sexist, disablist, racist and misogynist and she would be referring Cllr Bulge (Chair) to the Council’s Standards Commissioner.

On a Point of Information, Cllr Nepworth reminded Cllr Ms Roz that Cllr Bulge (Chair) was the Standards Commissioner.

Cllr Bulge (Chair) said he would withdraw the expression if it meant they (the Committee) could bloody well get on with things. Cllr Ms Roz may not have noticed, but it was freezing in here because that tight-fisted b***er of a landlord had turned off the radiators.

Accepting Cllr Bulge’s (Chair’s) withdrawal with the proviso that if he opened his fat gob to insult her again she would clock him one, Cllr Ms Roz said she had called the emergency meeting after seeing an article on the BBC website entitled Elections 2022: How are councils tackling climate change?

The article said ‘environmental questions may play a large part in people’s voting decisions’ and she (Cllr Ms Roz) did not need to remind Committee that Clogthorpe would be going to the polls next year in ‘all-out’ local elections.

Assuring her (Cllr Ms Roz) that he was speaking with the greatest respect, Cllr Parkin said oh no, not that bloody old climate chestnut again.

He reminded Cllr Ms Roz that the Council’s carbon footprint was being offset by the planting of a privet hedge round the perimeter of Clogthorpe Community Eco-Park and trees on the site of the now-demolished Blockbuster on Market Street. Again with respect, what the bloody hell else did she (Cllr Ms Roz) expect them (the Councillors) to do – put a couple of polar bears on Clogthorpe ice rink?

Emphasising that she was treating Cllr Parkin’s sarky remark with the disdain it deserved, Cllr Ms Roz said no, the Council needed a landmark project to display its environmental credentials. And she had just the scheme – damming the Clogthorpe Canal and building a hydro-electric plant.

Asking ‘a hydro-bloody what?’ Cllr Parkin wondered if Cllr Ms Roz knew what she was talking about.

Offering to draw him a diagram on a beer mat, Cllr Ms Roz explained that the flow of water in the canal would turn a turbine connected to a generator, bringing clean, green, free power for the whole town.

Cllr Parkin said she (Cllr Ms Roz) was forgetting one thing. The water in the canal hardly moved because it was full of old cars, oil drums, mattresses, three-piece suites, beer bottles, supermarket trolleys, dead dogs, and shotguns that had been used in armed robberies. Living as she (Cllr Ms Roz) did in them posh villas up on leafy Clogthorpe Heights, she may not be aware that the cut was known by ordinary folk as the Cloggedthorpe Canal.

And another thing, Cllr Parkin added. The canal was next to Oldroyd’s fustian-cutting factory, and if a spark from one of them generators got in there, we’d see Clogthorpe going up in smoke. He had lived through the Great Clogthorpe Tripe Works Conflagration of 1956, so he knew what he were talking about.

Cllr Ms Roz said generations of Clogthorpians yet unborn would thank the Councillors if they approved the scheme. On a Point of Order, Cllr Bulge (Chair) informed Cllr Ms Roz that, be that as it may, them unborn generations wouldn’t be voting, would they?

Explaining that he had not yet intervened in the debate because he could hardly believe his ears, Cllr Potter said this was just more of that airy-bloody-fairy eco-nonsense, like them scruffy tossers who had glued themselves to the Clogthorpe Ring Road last week and stopped him getting to the snug of the Fervent Ferret for last orders.

Talking of last orders, Cllr Bulge (Chair) said had Committee seen the time? It was thirsty work, this debating. Also were they aware that because this was an emergency meeting, they were entitled to supplementary expenses and double the usual transport and subsistence allowance, which all came to a tidy bit of extra brass?

Resolved: That the question of a hydro-electric plant on the Clogthorpe Canal be put to another emergency meeting tomorrow night.