NewsPaperthe art of publishing
HomeCOVID-19Clubbers of the world unite
19

Clubbers of the world unite 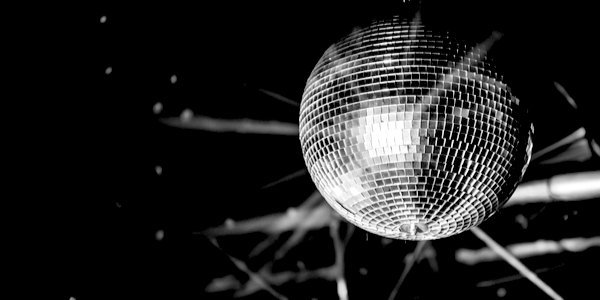 I SAT mesmerised in front of the screen. A mere £245 for a feather-trimmed crepe de chine pyjama set in the most glorious shade of lilac with diamante-encrusted buttons. Seeing as I would be spending most of the days and nights over the coming year at home, wouldn’t this be an ideal and practical purchase for lounging around whilst maintaining a bit of sophistication and possibly to wear under a fur coat when popping to the shops?

My best friend’s mother likes to quip, ‘Nothing good ever happens after midnight’. In London (and I’d venture other cities with a vibrant nightlife such as Manchester, Newcastle, Birmingham and Brighton), the best fun seems to happen after midnight. In the middle of Lockdown II there were more than a few hotspots serving food and drinks, mostly outside, to grateful patrons well into the small hours. I sincerely hope that the same defiance shown by the owners of these Covid lockdown bars will be repeated at the advent of the Government’s inane decision to require vaccine passports for nightclubgoers. We might even see a resurgence of Prohibition Era-style speakeasies and 90s underground warehouse scenes. There will always be people who want to party, and those who want to make money from them. Bootleggers and gangsters were laughing all the way to the bank when alcohol was banned in the United States from 1920 to 1933.

In the United Kingdom, whilst alcohol was never banned, a temperance movement began in the 18th century and gained traction alongside Victorian social reform. Songs in praise of temperance were used particularly to woo children into the movement. It looks as if a similar tactic is now being employed by the vaccine peddlers and their cronies, using famous singers and anthems to encourage the impressionable to get the jab. Dolly Parton has climbed aboard the musical bandwagon to tout the ‘clot shot’, replacing the word ‘Jolene’ in new her song ‘Vaccine’. You can watch this cringeworthy spectacle here.

Or the most ghastly effort, an adaptation of I Have Confidence sung by a Julie Andrews impersonator as Maria from The Sound of Music.

She sings ‘Common sense has made me certain, Everything will turn out fine.’ Tell that to my friend’s boss who is 36 years old (no previous health conditions) and suffered acute organ failure days after having the Pfizer jab. His heart is functioning at 32 per cent and his kidneys at 18 per cent. The doctors have said his kidneys will improve with time but the heart will not; he must take daily medication for the rest of his life.

One of the justifications stated for requiring vaccine passports to enter a nightclub is that it will reduce the likelihood of further lockdowns. If the Government’s track record on promises (remember Christmas 2020) is anything to go on, this will make no difference whatsoever. There will inevitably be some new scariant, and we will be just as likely to have a Lockdown III regardless of this idiotic policy. But one thing is certain: if vaccine passports are imposed you can bet your last rolled up tenner that a plethora of secret clubs and venues will spring up virtually overnight to cater to the 24-hour party people.

The situation at that point will be analogous to the dilemma I faced when trying to decide whether to buy that crepe de chine pyjama set. Had I a desire to look louche, the choice of daytime sleepwear for outside use would depend on which should be appropriate for Lockdown III as between the vintage Roaring Twenties look or a modern take on the Twenty Teensies upscale chavette. In the looming autumn of Lockdown III/ vaccine passport policy, there will be options for the jab refuseniks, whether you wish to go to a rave or dance club or prefer a loungier atmosphere. Some clubs have already started preparing for the colder weather by setting up dedicated outside spaces in the hope that they will be exempt from the policy. These are being creatively decorated along such themes as tiki bars or Aladdin’s Cave.

Knowing what we have seen occur in the past when restrictions are put on people’s right to party, I am not binning my glitter dancing shoes just yet.