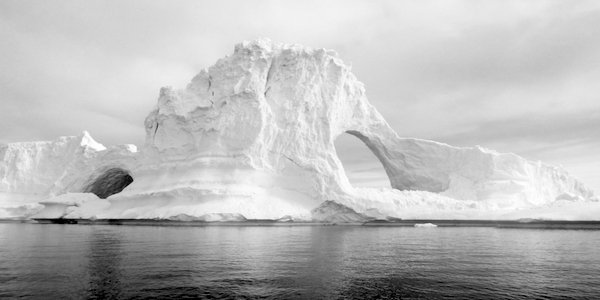 The Younger Dryas was the most recent and longest of several interruptions to the gradual warming of the Earth’s climate since the severe LGM [Last Glacial Maximum] about 27,000 to 24,000 years BP [Before Present, generally taken to be 1950]. The change was relatively sudden, taking place in decades, and it resulted in a decline of temperatures in Greenland by 4 to 10°C.

A STADIAL is an interval of time within an Ice Age that is marked by colder temperatures and glacier advances. Interstadials, on the other hand, are warmer spells. The last stadial ended about 15,000 years ago and we are now in an interstadial.  What normal mortals call an Ice Age is what the cognoscenti call an Icehouse Climate in contradiction to the warm Greenhouse Climate. We are currently in an Icehouse Climate period because there is ice at both poles, which means (if the past is any guide) that a random concatenation of cooling circumstances could easily send the glaciers marching again.

More mature readers will remember the Ice Age Cometh scare of the late 1960s and 70s. Every snowstorm was hailed as the beginning of the end, each hard frost presaged doom. The scare evaporated as the glaciers steadfastly refused to embrace the Statue of Liberty and the Thames failed to freeze for the forecast Frost Fairs. The cynical might wonder if the change of threat went from cooling to warming so quickly because it became apparent that it would be easier to make a lot of money from a warming scare than a cooling one.

The dominance of the warming scare has rather put the fear of cold on a back burner, but history and the ice records show that we need to keep that threat in mind. When the Hunga Tonga-Hunga Ha’apai volcano erupted last month it was a reminder of the forces that really control our planet, the huge energies which lurk beneath our feet. Hunga Tonga-Hunga Ha’apai will have no impact on global temperatures: current measurements indicate that 0.4 teragrams (Tg) of sulphur dioxide (SO2) reached the stratosphere from the eruption, while 5 Tg is the threshold needed to observe climatic impacts. For a recent illustration of the cooling power of a volcanic explosion we have to look to the Philippines. On June 15, 1991, Mt Pinatubo erupted. This injected 13 Tg of SO2 into the stratosphere. The resultant hazy layer of sulphuric acid droplets cooled the Earth for two years. Pinatubo’s moderate eruption was enough to cool the whole Earth by 0.6oC.

The 1815 eruption of Mt Tambora in Indonesia is obviously less well documented. Estimates of how much cooling SO2 was emitted vary from 9 to 108 Tg, hardly precise, but the records of the effects of that eruption (perhaps with other eruptions that went unrecorded) are striking. 1816 is remembered in the history books as the year without a summer. Crops failed in Canada and the USA. In Germany the price of cereals rose dramatically while famines were recorded in Wales and Ireland. There were famine riots and typhus outbreaks in south-east Europe and the eastern Mediterranean. The recorded drops in temperatures were only 1816 -0.5°C, 1817 -0.44°C and 1818 -0.29°C, but they were enough to trigger the worst famine of the 19th century. Things would be worse today: the planet is much more crowded.

While nearly everyone is concerned about a small warming, no one seems to have noticed the threat which could come from a cluster of volcanoes erupting over a few years, or from one of the supervolcanoes such as Yellowstone blowing its top. The drop in temperature would devastate agriculture in the Northern Hemisphere and collapse civilisation worldwide.

Relax. Should such an event happen I have the solution. Let’s look at a way of warming our environment without using anything other than simple materials and the natural power of the sun. Israeli fish farmers warm their fish ponds early in the season by spilling a little light oil on the surface – it reduces evaporation and reduces the proportion of radiation being bounced back into space. This is called albedo and is expressed as a percentage; 100 per cent albedo would reflect all radiation, 0 per cent would reflect none. If we can decrease the albedo of the Earth more heat will be trapped, less will be wasted. Covering large areas of the land with black asphalt and concrete, painting roofs black, drifting soot over the ice and snow of the poles, and chopping down vegetation to expose the ground to direct insolation would do the trick, but those solutions might be a bit expensive (See Note 1 at the end). Besides, albedo adjustment of just the land would ignore the three quarters of the world’s surface that is covered in water. We need a way of decreasing the albedo of lakes, rivers, seas and oceans.

Pollution by light oil (as used by those fish farmers) and/or surfactant will smooth water surfaces, which lowers albedo. Bingo! Pollute the ocean surfaces and they will warm. That would work but alas, pumping oil from tankers directly on to the oceans would not prove popular with the more short-sighted among the Green tendency. We might get away with a good few tankers’ worth but that operation would need to be carried out a long way from land and shipping lanes, leaving large areas of the ocean untouched. Biology comes to our rescue here. The answer will be oleaginous phytoplankton. These microscopic plant/animals, mainly diatoms, are adept at fixing carbon dioxide, and they will fix light and heavy isotopes of carbon more or less equally (Note 2), and store the resultant energy as light oils called lipids, ideally suited to the task of smoothing water surfaces (Note 3). As some of them die they release their lipids, a process which smooths the surface, lowering its albedo, and, because smoothing reduces mixing from the deeper water, all the nutrients in the light zone are soon used up. The rest of the diatoms die. We could delay the die-off by releasing sewage into the oceans, providing phosphate and nitrate nutrients and get an even bigger eventual die-off and an even bigger smooth. Eventually the smooth would so reduce wave breaking that fewer salt aerosols would be lofted from the surface to create that vital cooling low level cloud (Note 4). The plankton population would eventually fall so low that the release of dimethyl sulphide would cease. This gas is released as a by-product of phytoplankton metabolism. It floats into the atmosphere where it combines with water to form sulphate aerosols which are highly efficient cloud condensation nuclei (CCNs). Fewer plankton, fewer CCNs, less cloud = warming. (Note 5).

Diatoms do not live by CO2, nitrate, phosphorus and sunlight alone and they need lots of dissolved silica to build their exterior layer. Fortunately that’s already catered for by our messy civilisation. Modern agriculture and industry often leave bare earth, creating dust and allowing run-off into rivers which carry silica directly to the oceans.

All a bit hand-wavey? No, it’s actually happening here and now. Oil spills, oily waste, dissolved silica and synthetic surfactants flow every day down our rivers. Phosphates and nitrates leach from farmlands where they are applied in quantities which dwarf anything natural. The result? The best example I have found is the Black Sea which is warming at a rate of 60C per century, nearly five times the warming of the open oceans. The problem of Black Sea pollution has become so bad that there is an international body dedicated to solving it. The Sea of Marmara is not just warming rapidly, it is plagued by ‘sea snot’ (I kid you not), huge mucilaginous mats formed by unprecedented diatom blooms. Look at this  or  this as good starting points for your own research.

We are fully capable of warming the earth and protecting ourselves from the next stadial (those abrupt cooling periods which just happen) while we wait for the true Ice Age, the Icehouse event that is unavoidably in our future.

While we’re here, let’s just look at those notes:

Note 2: the export of carbon to the deep ocean will contain an unexpectedly large amount of C13 which will leave a C12 signal in the atmosphere which will look like it comes from burning fossil fuel;

Note 3: this should come as no surprise as diatoms in search of deeper nutrients will end up light-starved, and a smoothed surface lets light penetrate deeper. No doubt the cunning little blighters produce the perfect lipids for smoothing and thus light transmission to the depths – it’s called evolution;

Light isotope signal in the atmosphere; warming; pollution of water surfaces by oil and surfactant; polluted seas and lakes warming faster than land; sewage and agricultural run-off feeding phytoplankton, encouraging blooms. You know what this looks like? It looks rather like the global warming that is causing the AGW hysteria. You don’t suppose . . ?

Is it possible that we’re already doing this? 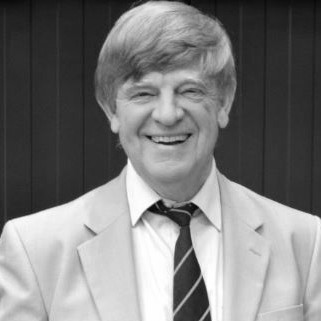