NewsPaperthe art of publishing
HomeNewsCome out and admit it, Mr Farron. You’re a conservative
0

Come out and admit it, Mr Farron. You’re a conservative 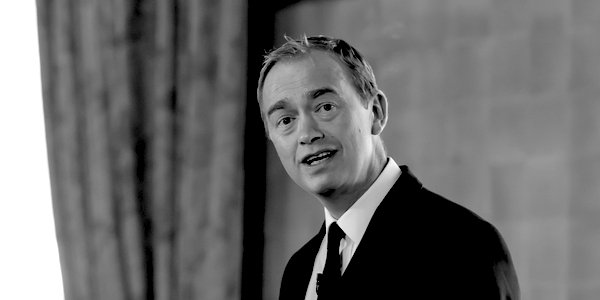 Poor Tim Farron. He really is having a hard time of it pretending to be a liberal. His problem is that he chose to get involved in politics by joining the Liberal Democrats thinking they were still classic liberals who promoted freedom of thought and speech, and who would respect his Christian, conservative views on marriage and the family. Unfortunately for Mr Farron, just like the Gremlins of the eponymous movie, which turn from cute little bunnies into hideous destructive monsters, liberalism has morphed into a hideous destructive monster called ‘progressivism’ after being corrupted by the ideologies of Marx, Gramsci and Marcuse, among others.

This renders Farron’s Christian and conservative beliefs as thought crimes, and after the election campaign of 2017 he was forced to resign as leader of his party. His tragedy is that he bent over backwards to pretend to be a right-on progressive liberal, but somebody noticed that in an interview with Cathy Newman on Channel 4 from 2015, he didn’t affirm strongly enough his support for abortion and same-sex marriage.

Sadly for him, this interview did not disappear down the memory hole like the most embarrassing moments of real progressive Leftists who toe the politically correct lines. During an excruciating few minutes he admitted that he thought personally that abortion was wrong, but stated that he would not change the law on it. This was not good enough for Big Sister Newman. Farron should have known that a private belief which goes against the politically correct position is not allowed. You are required to love Big Brother.

Sensing blood, Newman went on to grill him on his views on gay sex. Poor Tim squirmed and obfuscated, pleading for mercy and offering up the promise to Big Sister that he would vote for same-sex marriage if he had the chance again, even though he was personally against the idea. This was again not good enough, and Mr Farron looked physically pained at the end of the interview, trying desperately to reconcile his inner conservatism with the requirement to celebrate diversity in all its forms.

Having rediscovered the clip during the election campaign of 2017, the illiberals of the press hunting pack gathered around him on every possible occasion to taunt him with the evidence of thought crime and unconscious bias against feminists and the LGBTQQIAAP* collective. He was asked again and again about gay sex until he finally capitulated a few weeks before the election and said he did not think it was a sin, contrary to his Christian beliefs.

Soon after the election he was gone, realising that his personal Christian, conservative beliefs were unacceptable to his party. He probably thought that the press hunting pack would leave him alone after his resignation as party leader, and that he could go back to being free to say what he likes – mistakenly thinking that Liberal still means classic liberalism of free speech and thought, rather than an enforcement of politically correct deconstruction of conservative values. Therefore, he’s got himself into another pickle.

His latest crime is to agree to speak at a Christian men’s conference in Manchester, which marketed itself, probably unbeknown to him, in terms of the threat that Christianity is under from the ‘gay lobby’, mass immigration and Islam.

The statement on the convention’s website highlighted, some might think not unreasonably, the increasing ‘assaults on orthodox Christian teaching and morality, especially in the area of sexuality’. It also noted that those who ‘stood firm in the Anglican tradition’ at the General Synod had been ‘ridiculed and vilified’ and that many churches appeared to be ‘wavering under the onslaught of the gay lobby’. Indeed.

Farron’s advertised presence at the conference caught the attention of members of the party he once led. At once they denounced the statement and the conference as ‘homophobic and transphobic’ – presenting themselves (not the the church) as the victims of attack.

Once drawn to his attention Mr Farron (true to his previous capitulating form) instead of defending the right of Christians to freedom of speech, announced that he was dropping out, claiming ignorance. In a statement on Twitter, he wrote: ‘I agreed many months ago to attend a church-organised event but just today I’ve seen promotional material for it which contains things I’m deeply concerned and saddened by. As a result, I have withdrawn from the event.’

His Liberal Party monitors were not going to let it rest without this further warning: ‘It is to be hoped that in the future he will be very carefully scrutinising such invitations. Thankfully Twitter has saved him from turning up at an event which is so obviously in conflict with liberal values. That would have been personally embarrassing from him and damaging for the party. LGBT+ Lib Dems want more from him, though.’

Pity Mr Farron that he thought such a lukewarm condemnation of his fellow conservative Christians would be sufficient to pacify his totalitarian progressive critics. He finds himself between a rock and a hard place – the would-be liberal bullied by illiberals into surrendering his own and Christians’ right to freedom of speech, thought and belief, forever trying to reconcile the irreconcilable.

He might be a whole lot happier if he came out of the closet and just admitted he’s a conservative at heart. Alternatively he could do worse than taking a leaf out of the books of Professor Jordan Peterson, Ben Shapiro and Sam Harris, the growing band of liberal intelligentsia who refuse to bow to the diktats of the Left – meaning never apologise and never explain. That is the only way he’ll stop his harassers in their tracks, and defend the freedom of belief.