Company X and the gender pay gap – a cautionary tale 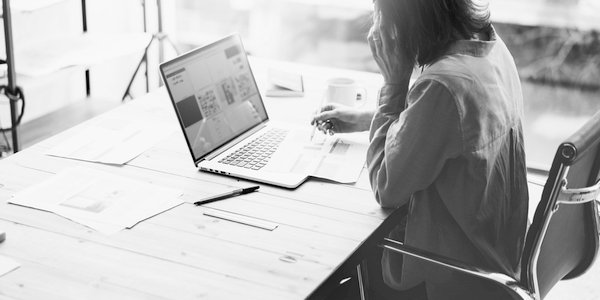 What madness these gender pay gap assessments are. Veritable sledgehammers to batter non-existent nuts. We bandy them about as though they mean something eternal, as though they prove that women are unfairly treated, when in practice, as I have previously written, they show that many women prefer to arrange their lives so that they do less paid work and have more time with their families.

It all sounds so mathematical, so exact to quote that there is a ‘shocking’ pay gap of 20 per cent in an industry. Is it really fair that women should be paid so much less than men?

It has come to my attention that there are problems. Company X, in a high-tech industry which for the last few years has done everything it can to encourage women to enter what was previously a majority male profession, is in a mess. By a combination of glamour ads, preferring women applicants and giving meticulous care to their wellbeing and promotion, this company has managed to get many more women to start in its ranks and get a few notches up the ladder.

And therein lies the problem. In the old days, few women entered this profession. They didn’t find it interesting. It largely involves crunching numbers. People skills are not required. The end results are spreadsheets fed to other high-tech companies. It is dry and dusty work suitable for geeks of both (perhaps I should say all) sexes. But those women who did enter the ranks were, like their male colleagues, ‘that sort of person’. The work suited them and they suited the work. They made progress along with their male colleagues and an equal proportion of them were senior in the company. There was no significant gender pay gap.

Disaster has now struck and Company X doesn’t know what to do. It is embarrassed by its growing gender pay gap. This is how it happened.

One doesn’t create spreadsheet packers overnight. All those women who entered Company X over the last decade are in their first decade of employment. Since they are junior in the profession, their pay is at the lower end of the salary scales. Therefore they bring down the average woman’s pay for the whole company – producing the gender pay gap. The Company X gap is caused by the bosses simply trying to do what they see as the right thing.

The directors hadn’t expected gender pay audits. They were chasing last year’s targets of total number of women employed. What a mess to have improved on the old targets and lost out on the current ones. Annihilated by changing targets – that’s targets for you.

No wonder the directors are glum. For a moment they had a happy thought that, despite the temporary hit to their gender pay gap figures, things would level out in a few years as more of the new large intake of women get more senior. But, sadly, it seems that things will actually not get better. The signs are that few women really like spreadsheet packing. After a year or two the women realise they don’t like the job. They can’t deny that it was interesting for a while. But now they want something better paid and more fulfilling – dealing with people, no less.

So, would you believe it, these women are looking at jobs such as social work, where the average salary in London is £42,000, rather better than spreadsheet packing. Company X, far from signalling its virtue, has become labelled as one of those employment pariahs that exploits poor vulnerable women.