NewsPaperthe art of publishing
HomeNewsConfessions of a self-identifying cowboy
0

Confessions of a self-identifying cowboy 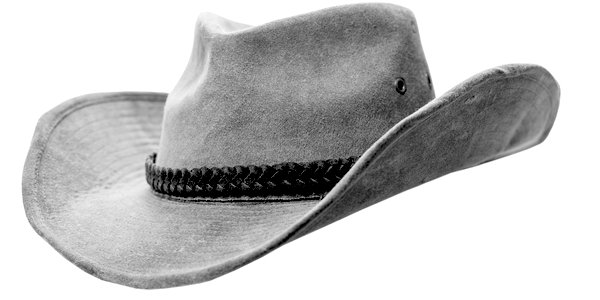 I WAS recently fooled by a brilliant satire published by David Lee in his Jackdaw art magazine. It includes letters from ‘Mo Bagshaw, director of Southwark Community Arts Centre’. Right-on Mo recently opined: ‘Although I am not personally blessed to be born a Person of Colour, I am a woman and, as such, politically Black. As your politically Black director I have battled tirelessly against racism.’

It’s easy to be duped as satire is no longer dafter than reality; as reported in TCW, the University and College Union (UCU), representing 100,000 lecturers, suggested that white members could identify as black if they wish. Their paper, ‘UCU Position on Trans Inclusion’, stated: ‘UCU has a long history of enabling members to self-identify whether that is being black, disabled or LGBT+ or women. At recent further and higher education conferences, policy has been made on more options than binary genders to ensure an inclusive approach to gender identities which is different to that assigned at birth/and or their sexualidentity being other than heterosexual.’ The UCU’s paper said that a ‘social, rather than medical, model of gender recognition self-identification is a standard practice in many organisations’.

The union is merely jumping on a speeding bandwagon. Last November Anthony Lennon, a white theatre director describing himself as ‘African born again’, secured public funding intended to help ethnic minorities in their stage careers. Lennon, born in London of Irish parents, won a place on a two-year Arts Council-funded scheme after a leading black theatre company accepted his claim to be of ‘mixed heritage’.

This unscientific nonsense started with the case of Rachel Dolezal, in the US of course. Of European ‘heritage’, that buzzword, and with no African ancestry she rose to be Washington president of the National Association for the Advancement of Coloured People (the only group allowed to use the term ‘coloured’ rather than ‘of colour’) until her real racial identity was revealed by her puzzled parents. Dolezal had also ‘identified’ as mixed-race on an application form and claimed that her father was African-American. In 2015 she acknowledged that she had been born white to white parents, but maintained that she self-identified as black.

In 2018 a white couple gained press attention when they ‘identified as black’ at their wedding. Martina Big, 30, and Michael Eurwen, 31, appeared on ITV’s This Morning in a spectacular and unchallenged case of blacking-up. Canada’s Prime Minister Justin Trudeau was internationally excoriated and accused of racism after old photos showed him in black-face at a student party. Somehow this couple escaped censure as they blacked-up with Melanotan, a tanning cream sold over the internet, rather than boot polish. Big told interviewers that doctors had assured them that their babies would be born black. ‘But if it’s milk chocolate or a little bit lighter it doesn’t matter,’ she said, again escaping the usual charge of racist language. She then travelled to Kenya to be baptised as ‘a real African woman’.

‘Self-identifying’ can be lucrative; male athletes may win medals and prizes once meant for women, and white people may soon take jobs and grants assigned for black people. This massive move against science seems to be unopposed. Strangely, in this age where once innocent conditions are medicalised, no one is prepared to recognise ‘transmania’ as a mental illness, or at least a symptom of profound depression.

I speak from some experience. I was an unhappy child. Adopted as a baby at a time when infants were regarded as little more than parcels which could easily be passed around, I never felt I fitted in. My invisible friends meant more to me than my adoptive relatives and certainly offered more reassurance. My only friend at primary school was a mixed-race girl who was being fostered. She believed she was a horse. Although she was too poor to have riding lessons, she told me her name was Silver and charged around with her head down making whinnying noises. I often wonder if she went on to find a decent relationship, but I doubt it. I wasn’t keen on horses, but identified as a cowboy. The landscape of Wyoming as seen on TV was more attractive than anything I saw in Wolverhampton. The teenagers in Westerns, ruled over by benevolent father-figures, embodied an unrealised ideal of family life. In early adulthood I wanted to be Irish. My adoptive father’s family were Ulster Protestants but I longed for the self-destructive, poetic Irish of literature and history.

When a priest in Donegal, with IRA connections, asked me with terrifying intensity, ‘Are you Irish, Jane?’ saying no felt like a real failure. But my love did not last. Increasingly I disapproved of their treatment of animals. I wanted the Irish to be perfect; it was childish fantasy and love died. Despite feeling depressed and rather lost, I became quite successful in my career but one day my boss, a young woman of obsidian self-confidence, said to me, ‘Just be yourself.’ Without a fantasy-self to protect me, her words opened up a yawning emptiness and I knew that I still had no idea who I was.

Most doctors wouldn’t dare to describe ‘transmania’ as an illness, but one of the accepted symptoms of Borderline Personality Disorder (BPD) listed in the Diagnostic and Statistical Manual of Mental Disorders is identity disturbance, or a markedly and persistently unstable self-image or sense of self. A stable sense of identity means being able to see yourself as the same person in the past, present, and future. It’s the glue that holds together all the diverse, sometimes troubling aspects of oneself. Having a sense of identity allows people to develop self-esteem and lets the mind adapt to change. People with BPD often say that they are like a chameleon, changing who they are depending on their circumstances and what they think others want from them. Or they may take on reckless, idealised fantasy personalities.

Instead of attempting to empathise with desperate dreams, shouldn’t we be thinking how we can restore mental health? One in eight under-19s in England now have a mental health disorder, according to official statistics published last year. The figures, based on a survey of 9,117 children and young people, showed the incidence of disorders rose to one in six for people aged seventeen to nineteen. Boys were more likely to have a mental health disorder than girls until the age of 11. Between 11 and 16 both sexes suffered equally but by the time they reached 17 to 19 girls were more than twice as likely to have a disorder. Within this age range, almost one in four girls had a mental disorder and half had self-harmed or attempted suicide.

I coped with my rage and dislocation by imagining riding the range and dying at the Dublin GPO in 1916. Later I escaped into the world of work. Others less fortunate, all their whims sanctified, seek to resolve their painful emotions by becoming someone or something else, living out fantasy in adult life. Our culture of ‘Don’t judge me with facts and reason’ stops anyone pointing out that identifying as something other than your real self, however bad you feel you are, won’t solve anything in your life at all.

Share
Facebook
Twitter
WhatsApp
Email
Previous articleRational, achievable and sensible – the Brexit Party’s Contract with the People
Next articleA numbed electorate between the devil and the deep blue sea