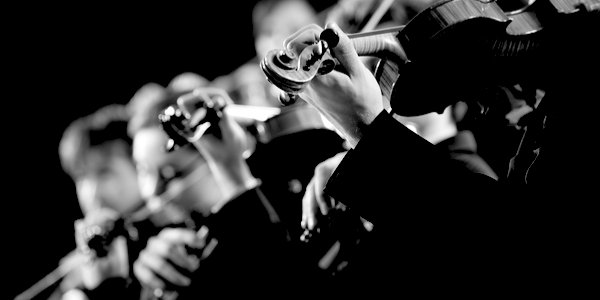 I have to confess a shameful secret. I have just realised that I am a racist, sexist and Austro-German nationalist bigot. I am also a white supremacist, a proto-Nazi and a necrophiliac. It gets worse. For years, my father and I colluded with the Russians, in the dark days of the Soviet Union.

What brought me to this gut-wrenching awakening that I had sunk deep into the sewers of Calcutta? How could a brown-skinned male of Indian origin be as perverse as a white male? Doesn’t this upset the hierarchy of intersectionality where I am expected to crouch somewhere near the lower half of the ladder just above the oppressed black man and just below the victimised white lesbian?

My Aufklärung (or enlightenment, for those of you who still can’t believe I could be a wanton promoter of Teutonic pre-eminence), came about when I read the music critic’s column in last week’s edition of Cleveland Scene, Cleveland’s newspaper. It was about the Cleveland Orchestra’s lack of diversity.

Growing up in Mumbai, I was aware that Cleveland, Ohio, had one of the finest orchestras in the world. In 2012, Gramophone magazine ranked it seventh on its list of 20 of the world’s greatest orchestras. I remember drooling over pictures in music catalogues of conductors such as George Szell, Pierre Boulez and Lorin Maazel conducting the Cleveland Orchestra. I could savour only the images because the Indian government had banned the import of classical music LPs from the West.

Our forced Russian collusion resulted in an overdose of Oistrakh, Tchaikovsky, Glazunov, Prokofiev and any composer or musician the Politburo had decided was good for our indoctrination. The communists wouldn’t let us listen to Mstislav Rostropovich after the Russian cellist was disgraced for befriending and hiding Alexander Solzhenitsyn in his home.

So what does this have to do with the opprobrium of my white supremacy et al? The column in the Cleveland Scene caught my attention because it was headlined ‘After 100 years, the Cleveland Orchestra Continues to Ignore Women, Minorities and Living Composers’. Ach! I’m a minority, I thought. Why am I being ignored?

The column, by Philip de Oliveira, was at the top of the most popular, most read and most commented list on the newspaper’s website. The columnist not only told me I was being marginalised, he also told me I was a racist!

‘The world-class orchestra kicked off its second century much the same way it operated during its first hundred years: with a bunch of dead white guys,’ writes de Oliveira. Classical music is listening to a bunch of dead white guys! So I am a white supremacist and a necrophiliac. As a symphony lover, I should have acknowledged this when President Trump was accused of ‘white-nationalist dog whistling’ for claiming ‘We write symphonies’ in his Warsaw speech in 2017.

‘Why is it that season after season, the orchestra’s artistic leadership continues with the same backwards, systemically racist and sexist programming, and yet never faces even the slightest scrutiny?’ de Oliveira thunders.

Year after year, my father and I scoured the streets of Mumbai for black-market recordings of Bach, Beethoven, Brahms, Haydn, Mozart, Strauss and other white male composers, never realising we were being systematically racist and sexist until a columnist from the Cleveland Scene came along to broaden our bigotry. At least we couldn’t be accused of being homophobic since we were also looking for recordings of Tchaikovsky, and Leonard Bernstein was a big hit with us.

So what’s the problem? Not enough diversity, says the crusading music critic. I’m puzzled. When did notes or chords have anything to do with gender or skin colour? Is a chromatic scale or the diminished seventh chord musically enhanced when someone with darker skin pigmentation or female body parts uses it to compose a sonata or symphony?

The column attacks the Austrian-born music director of the Cleveland Orchestra, Franz Welser-Möst, for not living up to the orchestra’s stated mission of music being an ‘incredible tool for good’ and harnessing ‘the life-changing power of music’. How does music become a tool for good and change people’s lives? Not by being excellent but by being inclusive, de Oliveira argues.

He lambasts the Cleveland Orchestra’s centennial season because of the 40 composers in its repertoire, ‘every last [one] is white. Is this acceptable from an orchestra in a city where the majority of citizens are African-American, Latino, Asian or otherwise people of colour?’ asks the fatuous de Oliveira. So what is the music critic telling me? Classical music is not for people of colour? I need to listen to indigenous native drumming and keep blowing my conch? I can’t enjoy music that is great and universal because the composer had a lighter skin tone? Now who could be more racist than Mr de Oliveira? It looks like he’s asking me to stay on the reservation!

Let’s see him write a piece arguing that rap music concerts should feature more white singers or black gospel choirs should sing Bach motets and the National Football League should appoint more white players. Let’s see him ask hospitals to cut surgical procedures and life-saving drugs because white males invented most of them. So, Mr de Oliveira, why can’t hospitals be more diverse and dispense potions from African witch doctors so black people can feel included?

I’m grateful that most of the world’s greatest orchestras are neither inclusive nor diverse nor have they adopted an Equal Opportunities Policy for composers and conductors. If so, I might have questioned where the repertoire is chosen because of excellence or diversity. I might have wondered if Indian Zubin Mehta rose to become one of the world’s five top conductors because of his talent or his skin colour. I would harbour similar suspicions about Vinay Parameswaran of Indian origin who has recently been appointed Assistant Conductor of . . . hold your breath . . . yes, that bloody racist Cleveland Orchestra!