NewsPaperthe art of publishing
HomeNewsConfessions of an Enid Blyton fan
341

Confessions of an Enid Blyton fan 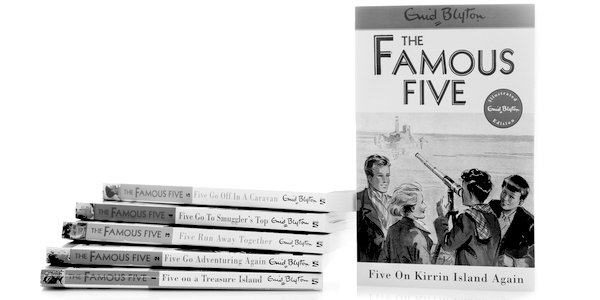 Enid Blyton’s books have again been sniffed out as a corrupting influence on our young. On the fiftieth anniversary of Blyton’s death, the Independent is calling on us to remember the ‘sexism, racism, snobbery and xenophobia’ of her work.

Perhaps we should show our ideological purity a bit more firmly and actually burn her books? And while we’re at it, burn everything else in our libraries that doesn’t meet the standards of today.

Does anyone really still need telling that the literature of earlier times will show different standards and values? Or that children can actually be stimulated and made to question the world about them more, if they can make contrasts between other worlds and times and the society they live in now?

I read Blyton when very young, loving the mystery and adventure. I also endlessly read and reread Richmal Crompton’s William stories written from 1922 onwards, set in a world where class and sex roles were even more strongly defined. Servants were the norm; mothers wore extravagant hats, took smelling salts, knitted and gossiped, but did little else. The lower orders were deferential and comic, their accents and mannerisms lampooned.

The council estate sub-Cockney I spoke when younger (and occasionally still revert to) with my scattered aitches and mispronounced ‘th’ which makes me hold up ‘free’ fingers, not three, would have made me an equal figure of fun. Foreigners, without exception, were dubious.

In fact all the fiction that made any sort of impression on me as a child had the values of earlier times. Willard Price, C S Lewis, Anthony Buckeridge, H G Wells, Sapper. Some of the values and attitudes in those books were well worth preserving but some by today’s standards would rightly be considered deeply unpleasant.

But the stereotypes and prejudices I read didn’t turn me into a bigot or misogynist. The contrasts I could see helped me better understand the world I lived in and how it could continue to change. You cannot have a decent perspective on your world if you are not familiar with at least some of its past.

If we encourage children to read about other countries and cultures, which we certainly should, then it’s just as important that they understand people from earlier times and not just by learning formal history.

You can’t sanitise the past, or create utopia by excluding things in the real world you don’t like.To try is completely pointless and sometimes sinister. And the idea that any young girl growing up today would ignore her own talents and inclinations because she had read Blyton’s Famous Five stories is beyond absurd.