NewsPaperthe art of publishing
HomeNewsDr Andrew Tekle-Cadman: Why Conservatives Are Giving Up On The Conservative Party
3 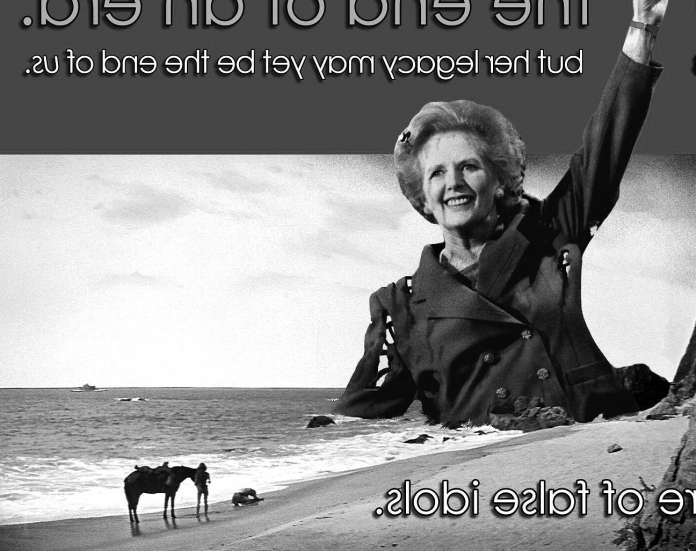 “[The Conservative Party] is an old whore that’s been around 400 years.” – Alan Clark’s Diaries

There are many good reasons to read Alan Clark’s diaries, not least among them is that he was both a brilliant and utterly candid writer. However, perhaps the best of all is the privileged window they give into both his own and the Tory Party’s soul. Despite the pithy cynicism evident in the quote above, Clark himself was not without beliefs: in fact he believed in some things very passionately.

It is just that he saw all political principle as entirely secondary in importance to the preservation of elite power, to be jettisoned the second they became a hindrance to that primary purpose. This over-arching sense of entitlement was, unsurprisingly, mixed with a profound disdain for those he saw as belonging to the lower orders: Clark’s diaries are laced with dozens of entries where he makes plain his snobbish contempt for the opinions and aspirations of both his own party activists and the voters in general.

However they are redeemed by his total candour – he was under no illusion about the extent of his own moral corruption and saw the Tory party as a creature very much in his own image.

Looking back over the past few decades of Toryism it is sadly hard to refute Clark’s analysis. Yes, the party has done some good in that time, but the entirely cynical philosophy at it’s core is certainly no friend of true conservatism and has done our country no end of long term harm. In return for power, Alan Clark’s “Old Whore” embraced economic socialism after the war, acquiesced to the imperial ambitions of the European Union and latterly under the Cameroon modernisers enthusiastically embraced Metropolitan Liberalism.

Needless to say Clark’s and Cameron’s view of conservatism are not those that the average Tory Party activist or voter would subscribe to.  If asked to enunciate how they saw conservatism as a political philosophy, they would probably come up with something close to the Peelite doctrine of ‘reforming the bad while conserving the good’; the need for organic change based on principle and not expediency; the protection of cherished institutions from year-zero type revolutionary fervour.

Nonetheless, even in the age of universal suffrage, not only did the blue-blooded cynics tend to call the shots, but the party remained phenomenally electorally successful. The amazing thing is not so much that things are now falling apart for the Conservative Party, but that it took disillusionment so long to set in.

There are many reasons for this, not least of which was the threat of Soviet Communism until the fall of Berlin wall in 1989. Another was the much greater degree of social deference in post war society, which meant that the party’s tradition of poor internal democracy wasn’t the handicap it should have been. Most importantly of all, for a considerable time the Tory grandees found it relatively easy to craft policies that met the aspirations of conservatively-inclined voters without adversely affecting their own position.

All that has now changed dramatically. The party now permanently hovers in the lower 30s in the polls, and for the first time in over 100 years recently came third in a national election. Major discontent is clearly rife within the broader conservative moment. The growth of UKIP and conservative but non-aligned web sites such as The Conservative Woman are symptomatic of the party’s rapidly weakening grip on conservatism’s loyalty and direction. Douglas Carswell’s recent defection to UKIP is merely the most high profile example to date of the path trodden by thousands of conservative activists in recent years.

Many commentators blame the pound’s ejection from the European Exchange Rate Mechanism in 1992 as the start of Tory troubles, but to my mind the root cause goes much deeper. Ever since Britain’s accession to the then European Economic Community (EEC) in 1973, the aspirations of the party’s elite to maintain a place at the top table at all costs has been placed in diametric opposition to the truly conservative goals of both the party’s rank and file and the broader conservative movement.

Whereas conservatism wished to nurture and maintain national institutions, membership of the EEC and now the EU required their destruction and replacement by alien cultural and institutional norms. Over the year’s this mismatch in aspirations has become ever more apparent, as has the painful truth of where power within the party truly lies: apart from a few and generally short-lived exceptions, the aspirations of conservatives have lost out to those of the Tory elite’s time and time again.

Institution after institution has been weakened and eventually destroyed or subjugated as the EU juggernaut steamed forward. During this process, it is very important to note that although true conservatives found themselves badly beaten politically, they were rarely beaten intellectually. However Clark’s “Old Whore” didn’t care, being glad to trade her virtue for the EU’s promises of power and position at every turn.

Furthermore, in recent years there has been a strange postscript to this deeply depressing phenomenon: the rise to power of London as a global city and the total cultural dominance of it’s Metropolitan elite once again gave the Tories a choice of whether to fight on principle or surrender to it’s cultural enemy in return for power. Like any professional mistress, the Conservative Party thought it wise to have more than one suitor, and humiliated its cuckolded membership over touchstone issues such as gay marriage as it shamelessly flaunted it’s new paramour in front of it.

Now, however, it appears that the game is up. If as expected Carswell wins in Clacton, then that will prove a watershed moment. Much of the rapidly dwindling Tory rank and file will probably leave the party as the prospect of UKIP mounting a serious challenge to the Tories becomes a reality. MPs, party donors, newspapers and even think-tanks, may well follow. The Tory party’s much-abused spouse – the broader conservative movement – is finally filing for divorce.

UKIP may or may not turn out to be conservatism ideal long-term partner, but it appears, at least at present, to be a less cruel and capricious one.  However, as in any failed relationship, when we look back in anger we have to accept the fault was partially ours: that Tory “Old Whore” never really loved us, but what a shame it took us so very long to accept the truth.