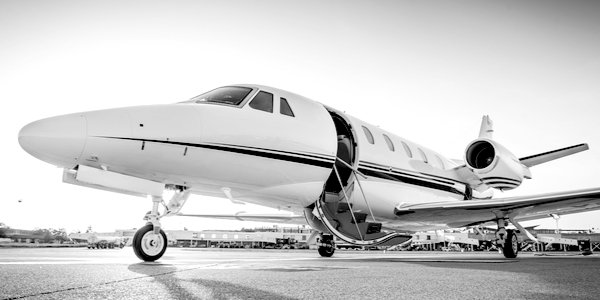 ‘Money talks, the dogs bark and the caravan moves on’ – Old Turkish saying.

IT RAINED almost incessantly in Glasgow during the first two weeks of November – naught to do with global warming as the disciples who gathered at the UN Climate Change Conference of the Parties, COP26, would have you believe, but simply how winters are in western Scotland.

Culverts filled with silt and leaves caused flooding, as they do every year, with council road maintenance almost non-existent. Municipal bins overflowed with rubbish, sheltering nests of rats, and people with some of the highest levels of deprivation and the worst health outcomes and mortality rates in Europe were put firmly in their place.

An exclusion zone, protected by serried ranks of ‘police people’ protected the exhibition district, distancing the faithful from hoi polloi. Glaswegians bore the disruption and constant proselytising with a well-worn mixture of stoicism and wry humour. No one was exempt: businesses, health services, universities and schools were all inconvenienced. Within the ‘UN authorised zone’ the new ‘Assembly of the Divines’ practised their catechism.

The global elite and their entourages descended from the skies, private jets spewing out over 13,000 tons of carbon, the same amount of CO2 that 1,600 Scots might emit in a year. They moved through wet streets in motorcades, cosseted and confident: no travel bans or self-isolation required for this order.

Police from all over the country ‘facilitated’ the appropriate level of ‘protest’ by the climate emergency proles; self-appointed flagellants doing penance for the original sin of central heating. Some glued or chained themselves to railings and bridges, bringing yet more entertainment to the populace.

There were of course, major disappointments, with ‘no shows’ from the demons who run Brazil, China, Russia and Turkey as well as lesser imps from smaller states.

This was our ‘last best chance to save the planet’. If true, then as that great Scots philosopher Private James Frazer foretold, ‘wur doomed’. What we witnessed was a display of privilege and hypocrisy so elevated it would have made Marie-Antoinette blush.

Our Prime Minister set the tone, using his office of state to preach the word on his recent conversion to the Green Faith. He called on the masses to atone for the ancestral sin of the Industrial Revolution.

Inspired by the gospel of his current spouse, he has pledged ‘£11.6billion (of our money) to tackling global climate change and in financing climate initiatives around the world’. By Gaia’s hand, he will deliver Net Zero by 2050 and restore the ‘balance between humanity and nature – which is now so grotesquely out of kilter’.

Puffing himself up like a demented bloater, he said: ‘We’re the first major economy to make that commitment . . . I think it’s the right thing to do.’ Does he, really? What about that old snake in the grass – democracy – that might yet still rise up and bite him? Who among ‘the little people’ voted for this extraordinary act of collective self-sacrifice?

Brother Johnson spoke in tongues of the coming apocalypse and the need for everyone to tighten their belts to reach the utopia that is Net Carbon Zero. Like Saint Francis of Assisi, the patron saint of ecology, we are all to eschew worldly possessions.

The untermensch will own nothing: the countryside will be cleansed of power stations, factories, cars and cattle; gas boilers will be banned and the use of coal and wood fuel proscribed. None will indulge in extravagant foreign holidays, travel or eat impure animal flesh, and we will all ‘be happy’.

Sadly, our brave pilgrim lapsed in the face of temptation, chartering a private plane from Glasgow to London to join a ‘gentlemen’s dinner’. Like St Augustine, his prayer is ‘Lord, make me chaste – but not yet.’

Of course, Mr Johnson may have been granted a special indulgence by the Archbishop of Canterbury who put his ecclesiastical foot in his mouth by telling the BBC’s political editor, Laura Kuenssberg, that failure at COP to be a genocide on an infinitely greater scale than the Holocaust. https://www.bbc.co.uk/news/uk-politics-59117537 He later recanted, apologising for ‘the offence caused to Jews’.

President Biden flew in on Air Force One accompanied by four fighter jets and more than 20 security vehicles. During the opening speeches, he took the chance to catch up on his sleep.

His boss, Barack Obama, arrived on week two, mobbed like the god that he is. He didn’t stay long. He urged ‘the West’ to transfer its resources to the global poor to save them from bearing the brunt of our past excesses.

Confessing that he ‘had plenty’ and was willing to make some sacrifice, he is doubtless now hard at work disposing of his $15million waterfront estate at Martha’s Vineyard and getting rid of the burden of his other place in Palm Springs. Once he has distributed his  $70million, I for one will give up my old banger.

Jeff Bezos, now worth $200billion (the pandemic has been exceptionally good for Amazon), dropped in fresh from outer space. His homily explained that ‘looking back at Earth from up there, the atmosphere seems so thin, the world so finite and so fragile. Now, in this critical year and what we all know is the decisive decade, we must all stand together to protect our world.’

Nicola Sturgeon, who is rumoured to be looking for a new job, spent her time cosying up to UN delegates while looking over their shoulders to see if there was anyone more important watching. Taking every opportunity to present herself as a person of gravitas she reminded us that we must all work together for the common good – a change in SNP policy.

Now that the assembly is over and delegates are returning to their flocks, Alok Sharma, erstwhile supporter of expanding Heathrow Airport, and the man who selflessly flew to more than 30 countries to prepare for his mission as  COP26 President, is left with the task of bringing together the myriad promises, extortions and fictions into an agreement that puts off dealing with the real issues of global poverty for the next few years.