Like many observing the latest Labour Party antics, I watched the party conference last week with a mixture of disbelief and apprehension. Rod Liddle on Question Time described Corbyn’s speech to the faithful as ‘gratuitous drivel’, accompanied as it was by antique pop hits and Palestinian flags. By the end, those on stage gave the appearance of a Camden Market Sunday afternoon knees-up, led by two dinosaurs approaching geriatric status.

I am of similar age (61) so I write from memory as well. I was at school during the three-day week (lights out at 8pm, corpses unburied, rubbish uncollected in the streets, inflation, unemployment and the usual round of trade union blackmail). As a teenager, I was of course mildly amused by the early curfew (it made it much easier to smoke undetected).

What struck me last week was exactly as one of TCW’s readers described: fear. Fear at the possibility that Labour might just possibly form a government. Not from their genuine popularity, but from the truly awful mess the Tories have wreaked upon us over Brexit. The internecine warfare among themselves is impossible to defend, even if, miraculously, a deal is reached. We now know that whatever deal is reached, it will not satisfy our discerning comrades on The Left, so the chances of an impasse-induced General Election become more likely.

Corbyn is variously described as ‘principled’ and ‘charismatic’. Really? During the few media-led interviews he attends, he becomes irritated within seconds as questions are posed which he blatantly does not answer. Take for example the possibility of a Remain stance. Long-winded waffle and however asked or re-phrased, more waffle. Then Starmer let the cat out of the bag – Remain is still up for grabs.

The only clarity Corbyn offers is a Tardis-like reversion to the good old days of Class Warfare where amateur Bolshevism was a routine part of the Leftie Lexicon. As TCW’s Robert James reported a few days ago, there was bluster about renationalisation and Command economy measures designed to strike a blow at the heart of those filthy Capitalists. At best this is simply juvenile.

Even if you find yourself attracted to these black-and-white Pathe newsreel-style measures, Corbyn’s own highly controversial, chequered career surely warrants much closer scrutiny. The press seem to make light of who this man really is, and yet Corbyn complains it is the ‘Right-wing’ press which undermine him. Not so –he does it himself and he is fortunate that much more has not been made of it.

He is the record-holder within Labour for refusing the Whip. He consorts with known terrorists and attends commemorative ceremonies for them. Expressions of solidarity with all manner of unsavoury movements serve only for me to question his fitness as an MP, never mind potential national leader. He tries to deny these activities until photographic or documentary evidence is produced, and even then blurring of the facts is the stock explanation. Does nobody mind this? I notice Trident disappeared very quickly from the agenda. What is the Labour stance on this now? Various senior members of government have already voiced their concern that Corbyn will not treat secret defence briefings in the manner required. Why would he defend a country he so clearly hates? Though he doesn’t like Europe either, unless it is politically expedient to say otherwise.

More worrying still is the re-emergence of the New Labour toxic twins, Bliar and Campbell. As for the latter, why, by the way, do the mainstream TV companies persist in wheeling out this chief manufacturer of factual inexactitude? What does he offer except unbridled anger and gargantuan bias?

What is it that old and young alike in the Labour movement find so appealing about the scourge of the 20th century? Socialism and Communism, blood-soaked as they are, have been found wanting by all the major exponents thereof. Abandoned as unworkable, discredited, defunct; yet here we go again. Command economy manifesto which, in the words of Winston Churchill, caters to the politics of envy (in the name of fairness) and ‘an equal share of misery’ for all.

If Corbyn gets in I will sell my home and leave this sceptred isle (that is if exchange controls are not imposed the very next day). Mind you, this presupposes there will be any housing market worthy of the name. My brave ideologues, you have been warned! 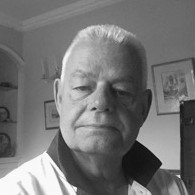