NewsPaperthe art of publishing
HomeCOVID-19Coronavirus: Experts with a track record of getting it wrong
0

Coronavirus: Experts with a track record of getting it wrong 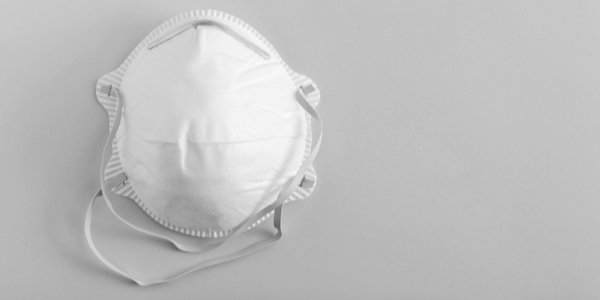 THIS epidemic is taking me to places in my distant past (and some not so distant) where I don’t want to be and which I thought I had left behind. In particular, memories of the salmonella and eggs crisis of 1988 have come flooding back.

To recall those events, against a background of an increasing incidence of salmonella food poisoning of a particular type – Salmonella enteritidis phage type 4 – the crisis started when, on 3 December 1988, Edwina Currie, then junior minister of health, went on ITN News famously to say: ‘We do warn people now that most of the egg production in this country is now, sadly, infected with salmonella’.

This was on the basis of data from her experts in the Communicable Disease Surveillance Centre (CDSC) – now part of Public Health England – a stance which was quickly endorsed by the then chief medical officer, Sir Donald Acheson, who issued his own formal warning, setting out stringent measures to avoid infection.

So was unleashed what was then (until the BSE scare) one of the most draconian regimes ever experienced in the farming industry, with the forced closure of suspect egg farms, in some cases without the slightest evidence, and the slaughter of hundreds of thousands of egg-layers, all on the supposition that they were responsible for the epidemic of food poisoning.

For its part, the then Ministry of Agriculture, Fisheries and Food (MAFF) – soon to become Defra – was convinced, on the basis of data from its experts, that the source of infection in egg-laying flocks was contaminated feed, so it unleashed a draconian regime of controls on the animal feed industry, all with the intention of cleaning up the supply.

As it turned out – to cut a very long story short – eggs were not at fault. When I examined no fewer than 60 salmonella food poisoning outbreaks attributed to eggs, only one reasonably could have been egg-associated. For the rest, there was no evidence to support claims and in some cases outbreaks were attributed to eggs which, when the illness started, had not even been delivered to the premises.

In one particular episode, relating to an index case upon which Edwina Currie had relied, I found that a senior scientist from the CDSC had falsified evidence to make an outbreak appear to be egg-related, when his own earlier inquiries had unequivocally shown that this was not the case.

As to the claims of ‘infected’ feed, thousands of tests were carried out, with absolutely no salmonella isolations, even in the rare instance when salmonella was isolated from laying birds. Doubtless, in the very few flocks that turned out to be infected, different mechanisms of infection were involved. In one instance, I demonstrated that the infection had been airborne, from dust sucked through house vents off neighbouring fields which had been treated with manure from a local broiler farm, which was infected with salmonella.

The point of all this, though – or relevance to current experience – was that I was almost on my own in asserting that the public health establishment had got it wrong. I was almost alone in my own profession as well and, of course, the torrent of press coverage all pointed in one direction, that eggs were to blame for the epidemic.

One might think that all the experts who joined in the hue and cry could not possibly be wrong. But they were. They were similarly wrong in claiming that we were on the verge of an epidemic from Listeria monocytogenes, attributed variously to chilled foods and soft cheese, and were spectacularly wrong in 1996 on BSE, when the lead government scientist predicted an epidemic of the related nvCJD of 500,000 cases.

In both instances, and in others, I was amongst the very few standing out and maintaining that the ‘experts’ had got it wrong. And, indeed, I’m back in a similar position with this Covid-19 epidemic in the UK where, despite the torrent of support for the government scientists, I am convinced they have got it wrong.

The big difference this time, though, is that I’m not alone, even if I have my specific ‘take’ on where they’ve gone wrong. There are groups of epidemiologists and experts from the immunology community who are calling into question the government’s stance. And we also have WHO, as well as other national teams, who are taking a different approach to the control of this pandemic.

Generally speaking, in terms of high-profile public health and related episodes (such as the 2001 foot and mouth outbreak), the ‘experts’ seem to get it wrong more often than they get it right. Far from trusting them, therefore, my default mode is distrust – and especially government experts.

My distrust was heavily reinforced during my five-year-long PhD studies, culminating in 1995 with the publication of a thesis entitled ‘The quality of public sector food poisoning surveillance in England and Wales’. Although the thesis was framed in terms of salmonella, I subjected that part of the public health system in England and Wales charged with the investigation and control of most communicable diseases (the system for STDs being an exception) to intense scrutiny.

My findings were, in a nutshell, that the system as a whole was so substantially degraded that it would have difficulty investigating its way out of a paper bag – with obvious implications for disease control. Serial failures to identify the causes of various public health problems led to massive inefficiencies when it came to trying to eliminate them.

It is much the same system, in principle, which is now charged with the control of the Covid-19 epidemic, with some of the key roles, such as the chief medical officer and the government’s chief scientist, still recognisable.

The system as a whole, though, has undergone a number of fundamental reorganisations since I carried out my study and, while I would like to think that the result was an improvement in a very poor system, I am beginning to confront the reality that, from a low base, it has deteriorated even further.

To put this in perspective, I have been arguing long and hard over the last few days against the government’s so-called ‘delay’ phase. Apparently, it has now given up trying to control the epidemic and is now supposedly focusing on slowing down the rate of increase, so as not to overwhelm the NHS treatment capacity.

The resultant attention given prominence with the ‘flattening the curve’ mantra, is a complete invention. In my 40 years associated with public health, I have never met the term ‘delay phase’ in textbooks or practice.

In the real world, where I have been involved directly and as a critical observer in a number of episodes, there is only one phase, which starts when you realise you’ve got an outbreak on your hands.

This I semi-humorously call the ‘Oh f**k!’ phase, whereupon you throw everything you’ve got at it. If you run out of resources, you scream for more. Only in the worst case do you achieve a delay rather than control, but that means you’ve failed.

The point here is that no control strategy should ever be designed to fail. But we should not seek to slow down the spread of the disease as our primary objective. The tools are not so precise or certain that we can fine-tune the rate of infection and anything short of a maximum effort risks the epidemic running out of control.

The authorities should, therefore, be working flat out to bring the epidemic under control with the effect that, should we fail, then we might at least slow it down. To set out deliberately to slow it down is to aim for failure, over which extent we can have no control.

To that effect, an element of social distancing – such as closing down the universities and the tube network – makes sense. But any measures taken should have regard to the degree of enforceability and the overall effect.

For instance, you might shut schools only to have students congregating in town centres, spreading the disease between them and bringing it home. Meanwhile you lose a lot of your healthcare staff because they are staying at home looking after their children.

In other words, social distancing is not open and shut. In a communist dictatorship you might be able to enforce it, but there are elements in a liberal, supposed democracy that you can’t. Thus, the specifics are a judgement call. But whatever is decided in individual areas, there are many other controls that should be applied, come what may. Overall success will then depend not on any one measure but on the cumulative effect of all the measures.

By far the most effective tools in this epidemic, is disease reporting, so that you pick up the maximum number of cases, as emphasised by Anthony Costello, a UK paediatrician and former director of the WHO.

His view is: ‘You test the population like crazy, find out where the cases are, immediately quarantine them and do contact tracing and get them out of the community’. This, he says, ‘deals with family clusters. That’s the key bedrock of getting this under control’.

This will work, even with incomplete social distancing. The sort of social distancing that we will be able to enforce, without this programme, will not work on its own. Yet the government has abandoned such testing and is not even attempting a programme of contact tracing. This is a recipe for failure.

Why the government should have abandoned what amount to the basic tools of epidemic control is hard to fathom, until you realise that a system which in the late 1980s and 90s was already substandard has so far deteriorated that it is no longer capable of executing basic control functions for an epidemic of this scale.

Thus, it does seem as if the government is setting itself the objective of failure, dressing it up in the fine clothes of ‘flattening the curve’, which has some ‘experts’, much of the chatterati and the Johnson fanboys singing its praises. And in so doing, they are wrong.

But now, it seems, the government doesn’t even believe its own rhetoric. The Guardian has picked up a secret Public Health England document which warns that the coronavirus epidemic in the UK will last until next spring. As many as 80 per cent of the population are expected to be infected and up to 15 per cent (7.9million people) hospitalised.

If the mortality rate turns out to be the 1 per cent that many experts are using as their working assumption, that would mean 531,100 deaths – a rate of just over 6 per cent of hospital admissions, which is in line with Italian experience, reporting a death rate of 7.1 per cent.

This is, in effect, an astonishing admission of failure, and one for which there is no excuse. A rich, developed country is now at risk of being brought down by a microorganism in an entirely preventable disaster.

A reckoning must surely come.

This article first appeared in EUReferendum.com on March 16, 2020, and is republished by kind permission. 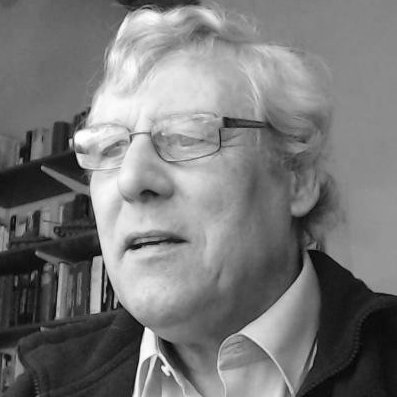