NewsPaperthe art of publishing
HomeNewsCould PR bridge the chasm between politicians and voters?
121

Could PR bridge the chasm between politicians and voters?

THERE is a vast disconnect between the political classes and the people. The LibLabCon are ad idem on many policies, with which many of the electorate disagree. Those policies are frequently not mentioned in their election manifestos. For example:

1 Immigration. Despite mass immigration being the main issue in the EU Referendum and the mantra ‘take back control’, the Conservatives are still running net immigration at over 300,000 a year, a million every three years. In addition, there is no effective policy to stop illegal immigration across the Channel, at 28,400 last year.

2 Vast housing estates built in England. The target is 300,000 homes a year, with no corresponding infrastructure or public services, over England’s green and pleasant land. According to Migration Watch UK this is 80 per cent fuelled by net immigration.

3 Zero carbon policy. The Conservatives have turned away from nuclear energy and fracking and concentrated on renewable energy, which involves a 25 per cent subsidy on our fuel bills. Bearing in mind the UK is responsible for only 1 per cent of man-made carbon dioxide while China produces 30 per cent and is pressing ahead with coal along with India, Brazil and the USA, we shall be making ourselves economically uncompetitive and the people poor to no avail. At one stage we led the field in nuclear design and engineering; then Gordon Brown sold off Westinghouse and our expertise.

4 Density of population. England is the most crowded country in Europe. The UK population has grown from 48million after the war to virtually 70million. The infrastructure and public services are unable to cope, with inadequate roads, housing, hospitals, GP surgeries, police and schools. All unable to service such a vast increase in population over such a short time, due to the unsustainable level of immigration. (Absolutely no criticism of the immigrants. They come to improve their lives, and good luck to them. It is the politicians, who reject sensible, sustainable and manageable immigration). With vast housing estates built on green belt and green fields, the UK is one of the world’s most nature-depleted countries. It has an average of only 53 per cent of its biodiversity left, well below the global average of 75 per cent, according to the Natural History Museum. With such huge demand the price of housing is beyond the reach of youngsters (simple economics, supply and demand). The new estates, packed in with minimal gardens and high density, resemble Army camps.

5 The Barnett formula. This has been in operation since 1978. Under it the Scots receive £1,600 a head more than the English, the Welsh £1,000 a head more and the Northern Irish £2,500 a head more. This gives the Celtic countries many advantages including access to cancer and other drugs unavailable in England. The English subsidy for this amounted to £60billion in 2019/20.

6 Skewed constitution. The Scots, Welsh and Northern Irish have their own parliaments, but the English do not. The UK Parliament at Westminster allows Scots, Welsh and Northern Irish MPs to vote and speak on English matters, but English MPS have no say on issues in the Celtic countries. There should be an English Parliament dealing with English devolved matters and a Federal Parliament dealing with UK matters.

7 Foreign aid. Yearly foreign aid amounts to about £11billion and much has no audit trail, ending up in the pockets of dictators and terrorists. This should be properly administered. If this is not possible such amounts should be used at home, to tackle poverty and social care.

The disconnect between the political classes and the electorate or people arises to a large extent because of first-past-the-post elections. The UK is the only European country with this outdated system. Forty European countries use some form of proportional representation. The most successful post-war country, Germany, has a PR system set up by the British after the war.

In the 2015 General Election UKIP garnered virtually 4million votes (12.6 per cent) – the same as the SNP (4.7 per cent) and the Liberal Democrats (7.9 per cent) put together. UKIP ended up with one seat, the SNP with 56 seats and the Liberal Democrats eight. In Rayleigh and Wickford, where I stood, I received nearly 12,000 votes (23 per cent) came second and gained nothing, apart from my deposit back. Ukip’s 12.6 per cent under proportional representation would have yielded 81 seats.

Proportional representation is far more democratic than first-past-the-post and negates political apathy because every vote counts. Moreover, it prevents extreme policies such as mass, uncontrolled immigration, selling off the family silver by placing our energy companies in the hands of foreign companies, fragmenting and closing our railways, privatising those national companies owned by the state, which should remain in public hands because of security or they are essential to the national wellbeing, and selling off council homes for the poor and not restocking with the proceeds of sale, the Barnett Formula with its breach of the Act of Union 1707 under which all the nations of Britain are to be treated equally, and the Iraq and Afghanistan conflicts. The first-past-the-post system secures in place for eternity the Conservatives and Labour whose policies are in many respects similar, apart from the rhetoric. 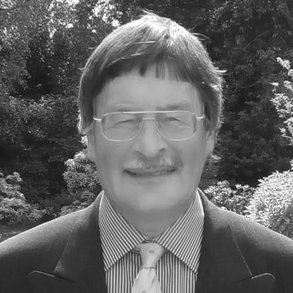