Covid through the Guardian looking-glass 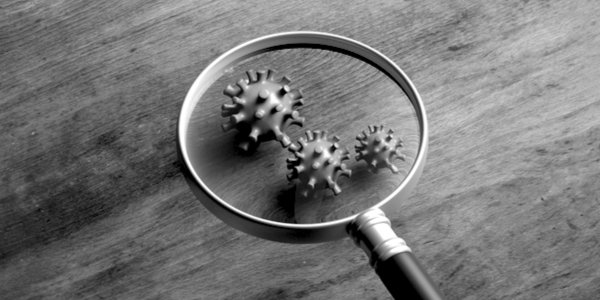 THERE are times when reading the Guardian that you have to do a double take, just to make sure you read it right the first time. Thursday’s edition was a classic example.

In its editorial about the Texas abortion ban, it included a photograph of a young woman carrying a placard saying ‘Abortion Saves Lives’. The text refers to the ‘cruel, vindictive and dangerous law’ that denies women the right to abortion, in effect on demand, and unsurprisingly the editor sees this as the culmination of the first stage in a war on women’s rights ‘made possible by Donald Trump’.

This will come as no surprise to Mark Crispin Miller, professor of media, culture and communication atNew York University, whose discussion with James Delingpole was featured in TCW Defending Freedom on the same day. Miller quoted a similar phenomenon when describing what happens when he tries talking to some of his educated friends about hydroxychloroquine: ‘You know hydroxychloroquine works. There are dozens of studies proving this, I can point to hospitals all over the country where they’ve used it early to treat Covid-19. It works.’ And they’ll say: ‘No, it kills people. Trump’s a liar.’

Again, this is reflected in the Guardian’s take on the Joe Rogan issue. Rogan, the host of Spotify’s most popular podcast, can muster tens of millions of downloads from episodes of The Joe Rogan Experience and has been described as ‘one of the most consumed media products on the planet’. His recommendations for anything at all can turn into a commercial godsend for the maker companies. Announcing on Wednesday that he had contracted Covid, he sent shockwaves through the MSM by telling his friends that he had used ivermectin – a medication, the Guardian urgently reminds its readers, that the FDA has warned against.

Rogan has previously discouraged young people from getting the coronavirus vaccine, and now that he himself has fallen victim, he has let them know that he ‘immediately threw the kitchen sink’ at his infection, a cocktail of many medications including the ‘bogus’ invermectin, which the Guardian emphasises is a ‘drug used to de-worm horses’ and if used by humans can result in a plethora of side-effects, including ‘itching and hives’. In spite of several reputable studies showing the drug’s powerful effect on the virus, and Rogan’s own rapid three-day recovery, the Guardian focuses exclusively on the negatives, referring to ‘poison control centres’, ‘risk after risk’, and the ‘definitive’ expert view from toxicologist Shawn Varney: ‘I plead with people to stop using ivermectin and get the vaccine because it’s the best protection we have at this point.’

There’s no question the Guardian would give any coverage to the sort of report featured in the Daily Expose,  which quotes Dr Peter McCullough stating that the Covid-19 vaccines are bioweapons and that a Centers for Disease Control whistleblower has confirmed 50,000 Americans have died due to the jabs. ‘So we actually have more deaths due to the vaccine per day than certainly the virus by far. It’s basically bio-terrorism by injection. Every single thing that was done in public health in response to the pandemic made it worse.’

You would think that the regulators’ primary, indeed exclusive, motivation would be the best possible health outcomes for their national populations. And yet the Guardian also deals, in the same issue, with the Sackler family/Purdue Pharma legal wrangles over how to settle the mountain of lawsuits against the manufacturers of OxyContin in the US opioid crisis.

This drug is a licensed product, legally prescribable by US medical practitioners. Yet its use has led to the deaths of half a million Americans over the last twenty years. ‘The settlement comes nearly two years after the company filed for bankruptcy under the weight of about 3,000 lawsuits from states, local governments, Native American tribes, unions and other entities. They accuse Purdue Pharma of fuelling the crisis by aggressively pushing sales of its best-selling prescription painkiller.’

The newspaper focuses its discussion on the financial and corporal fallout to the Sackler family and other pharma companies, which are painstakingly seeking to minimise the impact of the lawsuits on their private and/or corporate wealth – lawsuits which could amount to settlement plans in the region of $10billion.

This brings us back to Miller’s assessment of the ‘corporate structure’ which he claims has taken control of governments, professions, media, pharmaceuticals and virtually every aspect of the 21st century globalised world:

‘There’s the complete corruption of the professional classes . . .  And that includes academic scientists and doctors . . . and of course, journalism. They enter the system of training with their ideals intact, and then without knowing it, that idealism is sort of pounded out of them . . . Certainly journalism students start out with admirable intentions. They don’t think to themselves – Gee, I want to get a job where I’m paid not to think for myself and not investigate certain subjects. But that’s what they end up doing. That’s why we have a system that is as univocal as the system under Goebbels. And it’s more effective than that, because it has the cover of a free press.’

Professor Miller taught a module on the effectiveness of propaganda for more than twenty years to his students at NYU. His course has now been axed.

Share
Facebook
Twitter
WhatsApp
Email
Previous articleThe nudgers are still hard at work
Next articleParents, prepare if you want to protect your child from the State’s needle