NewsPaperthe art of publishing
HomeNewsCrass or deliberate? Sinn Fein MP in Labour meeting at the Brighton...
16 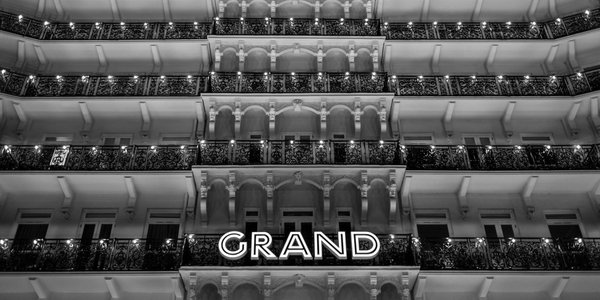 CAN any sensible person who pays attention to politics still have doubts about how morally imbecilic the Labour Party has become?

Guido Fawkes website reports that a Sinn Fein MP, Chris Hazzard, was invited to speak at a fringe event in support of Turkey’s Kurds at the Labour conference in Brighton last night. The event, it should be noted, was not an official conference event, nevertheless it was aimed at Labour Party members attending the conference.

The venue was one Mr Hazzard might already be aware of. It’s the Grand Hotel, where other Irish nationalists, the IRA, attempted to wipe out this country’s democratically elected Prime Minister and half her cabinet with a bomb in October 1984. Five died in the atrocity and 34 were seriously injured. Margaret Thatcher narrowly escaped.

Of course that’s not Mr Hazzard’s responsibility, but he has publicly defended the fact that his constituency office is in a building named to honour two IRA terrorists, Peter McNulty and Paul Magorrian.

McNulty died in 1972 when a bomb he was planting at a police station blew up prematurely. Magorrian was shot dead by an Army patrol as he aimed a sniper rifle at them. The authorities believed he was behind a string of bombings and shootings.

Mr Hazzard did not name the office building himself but according to the Belfast Telegraph thinks its name is ‘absolutely fitting’. Seemingly he is happy to be associated in such a way with terrorists.

It stretches credulity to think whoever organised last night’s meeting is not aware of the Grand Hotel’s significance.

Anyone interested in politics, especially concerning Northern Ireland, should know about the Brighton bombing. How could they not? For the properly ignorant, the hotel lobby displays a plaque listing the victims.

It should be stressed that Mr Hazzard is neither accused of any crime or of support for violence. Yet for Labour to hold a meeting at the site of notorious murders, featuring a man who is happy to have an office in a building named after members of the organisation responsible, is deeply insensitive. Symbolism is important in politics. Was the venue choice deliberate, or perhaps a snide and tasteless joke? Or did the organisers realise the significance and simply not care about mass murder and a direct attack on our democracy?

Whatever the explanation, we shouldn’t be too surprised. Labour has moved so far to the Left that it has completely lost its moral bearings. Former party member, now an independent MP, Ian Austin has polled Labour’s membership to discover their views.

The results are grim. Extremism dominates; democracy counts for little. A reported 69 per cent think it would be legitimate for a general strike to bring down our government. I don’t know the methodology used in Mr Austin’s poll or the number of respondents, but if like me you follow Labour social media, both official and unofficial, you won’t find anything it reports about the views of party members in the least bit unlikely.

The only real question now is: Has Labour’s descent finally bottomed out, or can it still get worse?