NewsPaperthe art of publishing
HomeNewsCredulous Corbyn and Co should shun the vile Sandinistas, not sing their...
27

Credulous Corbyn and Co should shun the vile Sandinistas, not sing their praises 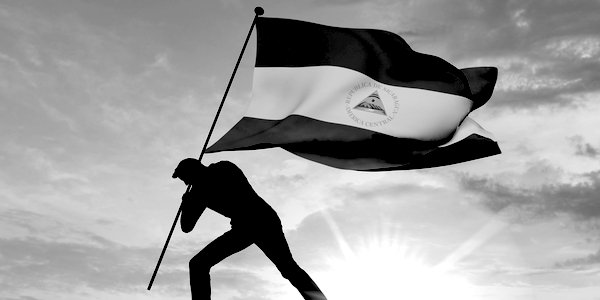 More than 220 have been killed and 1,300 injured as Nicaragua’s socialist regime clamps down on waves of protest. What started as a campaign against social security and pension cuts has broadened into a battle for the restoration of democracy. The comparisons to Venezuela seem obvious, with economic progress and political freedom blocked as a corrupt Left-wing regime makes the retention of power its main, if not sole, priority.

Nicaragua’s Marxist Sandinistas under the leadership of President Daniel Ortega, whose wife Rosario Murillo is conveniently vice-president, are not great fans of democracy. The Sandinistas first gained power after deposing the odious Somoza regime in 1979 but suffered a shock defeat in free elections in 1990. They regained power in 2006 and now seem determined not to relinquish it. The last elections in 2016 were widely seen as rigged and Ortega’s most popular rivals were simply banned from standing. It seems the people can’t be allowed to make the wrong decision a second time.

But nothing can dent the Sandinistas’ romantic appeal among our own Left, who have always had a crush on Latin American revolutionaries, including the chic but murderous Che Guevara. Since the Sandinistas came to power, Nicaragua has quickened radical hearts: a revolutionary government in the sunshine that had the cachet of directly confronting ‘imperialism’ in a war against the Contras, American proxies who were determined to stop the spread of Marxism in Central America.

Young Left-wingers flocked there. In his 2007 book The Fallout, Andrew Anthony describes how those who wanted to see a real revolution could exchange unpaid labour for a peasant-lite experience on collective farms, growing coffee and ‘sticking it to the man’.

The attachment to the Sandinistas was widespread. The radical musical heroes from the Thatcher years and virtual house-band of the British Left, The Clash, named their 1980 album Sandinista in tribute. Singer Billy Bragg, another favourite (much beloved by the BBC), covered the revolutionary song Nicaragua, Nicaraguita, with its lyrics reminiscent of Stalinist art, describing land fertilised with the ‘blessed blood’ of the fallen. Even today’s Leftists are stuck in the romance. Manchester has a ‘Sandinista’ restaurant, decked out with socialist memorabilia and Cuban flags. You can guzzle tapas and cocktails while showing solidarity.

The Left are justified in celebrating the end of the vile, bloody Somoza regime. Even avowed anti-Communists should be able to accept that the Sandinistas had some justice on their side in their defensive battle with the Contras, who made wide use of rape, torture and murder. Accepting that America’s choice of allies was abysmal does not mean you are defending Marxism, but the war ended a long time ago and the Sandinistas had plenty of their own war crimes to account for. And nothing in their record absolves them from criticism over their more recent behaviour or adequately explains the love many socialists still have for them.

The belief that because a regime was founded in rebelliousness it is automatically virtuous blinds many to some unpleasant realities.

As the riot police swing their batons, and the Sandinista youth organisation beat up elderly protesters concerned about pensions, the death toll mounts. But those who would normally shout against this sort of brutality abroad say nothing. Perhaps the impoverished pensioners with bloodied heads are the wrong sort of pensioner? If they had been protesting against social security cuts in Britain, or against a lack of rights in Israel, we can assume they would have had loud attention from the BBC and the British Left. But Nicaragua gets no angry campaigns on Facebook or Twitter, no comment from Jeremy Corbyn. Billy Bragg isn’t strumming his guitar over this.

Worse than the silence are the active expressions of support for Ortega and his friends. The website of the Nicaraguan Solidarity Campaign (NSC) claims affiliation from ten national UK trade unions and more than 100 separate union branches and regions. For the Labour Party, prominent figures such as MP Chris Williamson have recently appeared at events alongside the Nicaraguan Ambassador. Overall, Labour seems to have a chummy relationship with the NSC. Google the NSC’s address – 86 Durham Road, London N7 – and up pops an office address for Jeremy Corbyn, apparently based in the same community centre. And if you need something to drink your Nicaraguan coffee out of, the campaign’s shop will sell you a bone china Jeremy Corbyn mug for £12.50.

This matters: not just because it shows the adolescent nature of much of Left-wing politics in Britain or its embarrassing taste for authoritarianism. In politics, democratic governments frequently need to deal with those who normally deserve to be shunned. But our Left often show an active and unnecessary admiration for unpleasant autocracies, just as long as they have the right ideological background. These regimes will use any scrap of cover or support they can take from outside. It helps them ignore the clamour of dissenting voices and boosts their claims to legitimacy in front of their supporters. It’s a shame that crackpot romantic fantasies stop some in this country from understanding that.