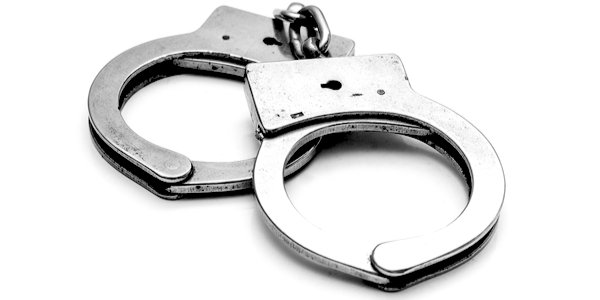 METROPOLITAN Police officers are being told to ‘ask themselves’ 44 questions before deciding whether or not to handcuff a suspect.

The guidance has been laid out in response to complaints from people who have been placed in cuffs. It follows a review ordered by controversial Scotland Yard Commissioner Dame Cressida Dick.

As you’d expect, there’s been a backlash against what many see as more barmy, politically correct bureaucracy burdening the thin blue line.

David Spencer, research director at the Centre for Crime Prevention, said: ‘Plenty of people are of the view that police priorities tend to be the wellbeing of criminals rather than the law-abiding public and this will go some way to reinforce that perception.

‘It is quite simply treating trained police officers like children and is hugely patronising to the vast majority who are arresting potentially dangerous suspects every day.

‘Most arrests will not give police the luxury of considering 44 questions before apprehending a suspect. It is difficult to imagine how Cressida Dick’s time as Commissioner could get much more embarrassing for the Met, but this policy is certainly doing its best.’

To see how the rules are being implemented, let’s cross over to a stretch of dockside wasteland in central London, where a dramatic car chase has just ended. Detective Inspector Jack Regan and Detective Sergeant George Carter of the Flying Squad have arrested the villain . . .

‘Right, sunshine, we’re the Sweeney and you’re nicked! Put the bracelets on him, George.’

‘Forty-four pints? Later, George. We’ll head up to that Irish pub in Kilburn and sink a few. Now cuff him.’

– ‘No, guv, it’s these new rules we’ve got to obey before we can put handcuffs on someone.’

– ‘Well, we’ve got to make sure our action is proportionate, legitimate and necessary.’

‘He’s just blagged a jeweller’s, shot the manager, and we’ve wrestled a sawn-off shotgun from him. He’s wearing a mask and a striped jumper and he’s carrying a bag with “swag” written on it. I think it’s pro-bloody-portionate to wrap him in chains and throw him in the Thames. Now cuff him, George.’

– ‘Half a sec, guv, I’m considering if my actions are consistent with the Code of Ethics.’

‘Code of Essex? We’re with the bleeding Met if you hadn’t noticed, not Essex. Now come over here and cuff him – the bastard’s struggling.’

– ‘To be honest, guv, I don’t think pointing your gun at his essentials and saying “Do you feel lucky, Chummy?” reflects positively on your professionalism and policing generally, as advised in the new guidelines.’

‘I see. Right. Do you feel lucky, Chummy – sir? Is that better? Now bleeding cuff him.’

– ‘The guidelines ask me to consider if I need to take action immediately, guv.’

‘Yes you do, unless you want my boot up your a**e.  Where’s all this nonsense coming from, George?’

‘Cressida Dick? Sounds like a painful medical condition. Now, are you going to cuff this tea leaf or not?’

– ‘Sorry, guv, but I’ve got to consider what the victim or the community affected would expect of me in this situation.’

‘Bloody hell, George, he shot the store manager and drove his getaway car half a mile along the pavement. I think they’d expect you to top the bastard.’

– ‘I know. But, looking at this 25-page booklet setting out the guidelines, I’m obliged to consider what further information or intelligence I want/need at this moment and whether my decision is reasonable in the circumstances facing me. Well, I’ve done that. Right, guv, I’m coming with the handcuffs.’

‘At last, George. Clamp them on good and tight.’

– ‘Will do, guv. Detective Inspector John Albert Regan, I’m arresting you for advocating excessive use of force in contravention of the 44 rules. Now keep still while I cuff you.’