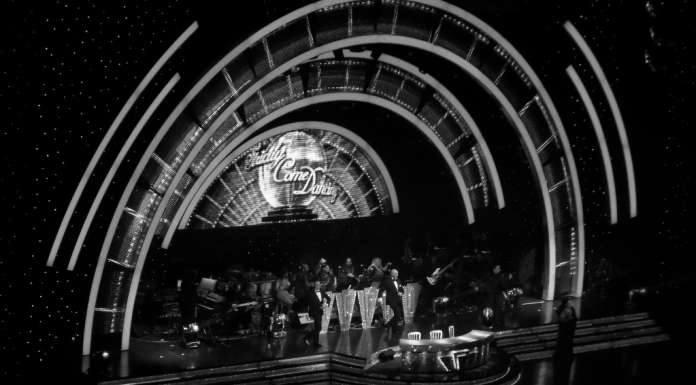 I have just returned from Los Angeles. Hollywood is the best place to drink cocktails with media mavens and hear their views on the next season of Celebrity Apprentice. The programme is already shot (‘in the can’) and will be on air in January. It has not lost its political connections – the twice-elected California governor Arnold Schwarzenegger is the new host and will be ready to say ‘you’re fired’ to his contestants. NBC entertainment chairman, Bob Greenblatt, was asked if Donald Trump would ever return as host and replied in two words ’Absolutely not’. The gossip around the pool was that Trump was sacked and NBC is worried he might take his revenge.

Politics in the UK, of course, is not beholden to TV stars in the same way as the USA. We would not give a political position to a guy just because he was good at reading autocue and looking business-like …would we? Yes we would, Alan Sugar was created a life peer under Gordon Brown’s Labour as Baron Sugar of Clapton in 2009. It was a British-born Mark Burnett who invented The Apprentice having seen how TV shows make money if they have a successful format. Could it be that the UK’s traditional route to power… being part of a political family, PPE at Oxbridge, a spell in Conservative Central Office or as a Spad, then a run in some impossible constituencies before being handed a safe seat… is on its last legs?

Donald Trump achieved fame in the USA because he presented the series for 14 ‘seasons’ (media maven language meaning 14 years). So it is hardly surprising that he still uses Apprentice catch phrases, such as ‘I am the only one who knows who the finalists are!’ while he is appointing his cabinet. He may not look presidential to us, but as a former TV star his style is perfectly acceptable – the orange tan and comb over hair is a normal TV look. The ‘bling’ of his apartment and wives fits with the Kardashian reality shows. Being outrageous is normal if you are a star. The media mavens think the Kardashians are rather classy and say that the Trump family are more like the Osbournes, with Donald as Ozzy – shouting and being impossible but great entertainment.

Hollywood backed Hillary. They are genuinely shocked that ’the Donald’ is moving into the White House. But Californians are pragmatic. My ‘Uber’ driver, a Democrat voting African-American, volunteered that he thought the Trump family was being given a hard time by the press. He understood why Melania, the Slovenia-born former model, would want to promote her QVC jewellery range and why Trump himself would be doing deals for a new Trump Tower in Mumbai. ‘It’s business’, he said, ‘that’s why he got elected’.  He supported Trump’s immigration plans because he was unhappy with the Hispanic ‘capture’ of areas of Los Angeles where you have to speak Spanish to pick up clients.  He was not very interested in politics, but he had watched a lot of TV.

So what can we learn from the media mavens? Well, although the USA has a reputation for clean living, they still drink a lot of cocktails and that’s the moment to ask them about the power of the popular TV show.  Social media and YouTube have made having a ‘hit show’ more powerful than ever before. Free access to the nation’s living rooms on a mainstream channel is a new route to power.

Forget worrying about Trump, the man to watch is a popular TV star (slightly overweight, spray tanned, but no comb over yet) … Ed Balls. If he is smart he will continue with the dancing and go on tour in ghastly dance halls around the country and meet all the electorate. He will win a popular vote and the Labour Party will have the chance to become a credible opposition again.