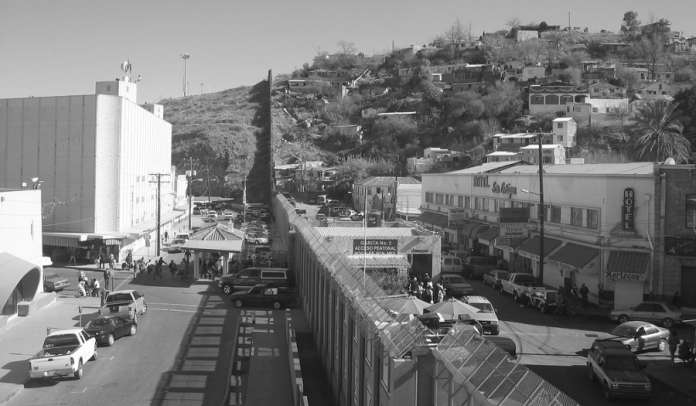 Donald Trump is a ‘blurter’ – he has spontaneous speech with negative repercussions. Everyone blurts occasionally, but most of the time we intuitively engage our minds before we open our mouths. Once we begin to talk we plan and make adjustments as we deliver our words. Donald is different. He has verbal and tactical incontinence which should make him unelectable.

Or does it? We learnt from the referendum that emotions beat logic. Persuasion is about emotional conviction not dry planning. So what emotion has Trump offered the American voters that will make them vote for him?  He has one key idea, a wall.

It seems ridiculous. When the Republican supporters chanted ‘build the wall, build the wall’ at their National Convention it was if they were part of the Theatre of the Absurd. For those readers who are not ‘tiger mothers’, and un-familiar with the GCSE English syllabus, the ‘Theatre of the Absurd’ is part of Dada art movement. In layman’s terms this means that it doesn’t make much sense. Fortunately I am not sitting GCSE English so I can say the James Saunders play ‘Over the Wall’ was not one that I need to see. The play it is set on an island with a wall across it and no one seems to know why the wall is there. Not a lot happens but there is much conversation about how to go ‘over the wall’.

Helicopter parenting is much maligned; attempting to understand the GCSE syllabus turns out to be surprisingly educational, now that walls are part of our political landscape. From the Great Wall of China to Hadrian’s Wall, via the West Bank and Belfast, wall building is symbolic of protection. Chanting ‘build the wall, build the wall’ is a demand for security. Trump’s wall is not real but an idea that helps Americans feel more secure.

Logically you can climb over a wall, or tunnel under it, or just walk round. But symbolically a wall makes you feel safe. Why else would the Home Office be handing £1.7m to the French to build a wall four metres high that will stretch for more than a kilometre along the main dual carriageway to the port in Calais?  This is not at the request of our lorry drivers, they may not be happy with refugees jumping into their cargo, but the pragmatic Road Haulage Association doesn’t think a wall will work. The RHA say that a wall is a ‘poor use of taxpayers’ money’. They need increased security along the approach roads … not a wall.

Like the Home Office, Trump will know instinctively that a wall signifies protection. History may tell us that the physical walls cannot keep people out and that trapping people in one place will make the situation worse but the wall outside Calais will be built. It doesn’t solve the problem. But it suggests that there can be boundaries and that makes us feel better.

Psychotherapists don’t usually offer advice, but with people who feel insecure, they suggest that the solution lies in ‘developing boundaries’. A wall represents a psychological boundary even if it doesn’t keep people out.

He is probably unable to ‘choose’ what he wants to say and although what he says in the moment sounds authentic or true, psychotherapeutic knowledge of blurters suggests they find it hard to think beyond the short term. The Republicans have a brilliant symbol of security – the wall, but with it comes a man who can’t shape his thoughts around the long term and cannot keep his mouth shut.