Crisis has the Left rubbing their hands 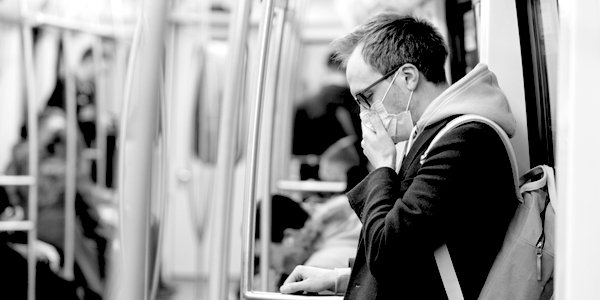 THERE is a definite historical trend of the Left exploiting negative events to advance to power. They take advantage of the collapse in public confidence in institutions, and the collapse of the institutions themselves to seize control.

While the most obvious examples are the Russian Revolution of 1917 and the Chinese Civil War, this was also the case in 1945 here in the UK. While the Conservative Party suspended political activity for the duration of the Second World War, socialist propaganda never stopped. Pamphlets abounded, not the least Victor Gollancz’s ‘Victory Books’, the most infamous of which was Guilty Men, produced while this country faced immediate threat from the invader. The result of this relentless propagandising was a landslide for Labour. It is significant that the public quickly tired of Labour’s austerity and the economic restrictions associated with it and the three-figure majority was cut in the 1950 election to just five seats and eliminated a year later.

This was the pattern under Harold Wilson as well. He became Prime Minister at a time when the Conservatives had been in office for 13 years and were perceived as out-of-date in the face of a precarious economy, still being run by Great War veterans who were seen as slow to respond to a succession of scandals. The young Wilson managed only a slim majority of five in 1964 that was increased to slightly under 50 two years later, but again the public quickly tired of Labour and they were cast out in 1970.

Labour gained power in 1974 on the back of a global energy crisis that caused a recession in the West, but again the public rejected Labour after five years and they were out of office for 18 years.

The object of New Labour was to win not one but two or more full terms of office. Winning a single term would be easy for Labour despite losing the 1992 General Election, especially after the UK’s ejection from the Exchange Rate Mechanism in September of that year destroyed the basis for John Major’s economic policy, permitting Labour to use their traditional electoral trick of opportunism. But the pattern is clear. Voters were unwilling to reward Labour with that second full term if they gained office on the back of exploiting adverse events as an opportunity. Blair found the winning formula by listening to the voter and understanding the nature of the country rather than sticking to ideology. For this he is despised by socialists including today’s Labour MPs. Zarah Sultana (Coventry South, 401 majority) used her maiden speech to bemoan ‘forty years of Thatcherism’, which obviously included the Blair/Brown years. The 26-year-old can be only partially excused by her youth and inexperience.

Which brings me to the current epidemic that threatens to engulf us. This is the biggest crisis to affect this country since the Second World War. The government is pushing forward legislation which will probably include granting itself temporary emergency powers. A formal declaration of a State of Emergency may not be far off.

And what do we see from socialist commentators and Corbynist outriders? Naked opportunism. It is the same old trick of attacking a government facing an external crisis over what is actually a highly technical issue. Politics should really not intrude, but socialists are acting true to form.

Had Ed Miliband won in 2015, or Jeremy Corbyn last year, they would have also relied on the advice of government scientists and would not be implementing policy on the basis of ideology, we can but hope. The facilities available to the NHS would still be put under extreme strain, which would not be alleviated by any extra spending by a Labour government before the crisis emerged.

The NHS is a universal health service and is not optimised to focus on global pandemics. It is unlikely that socialist largesse would extend to creating an expensive infrastructure that would rarely, if ever, be used. We are seeing a peacetime public health service having to face something similar to wartime conditions with very little notice. In the 1930s, the country had about four years’ notice of the probability of a general war between European powers. We have had about four months’ notice of the actuality of a pandemic engulfing the entirety of the human race.

It is simply not reasonable, fair, or decent for any operational public health issues to be politicised. But that is not stopping socialists from doing what they do best, which is to sow discord. Their long tradition of infighting and bigotry demonstrates they have considerable expertise in all-around unpleasantness.

It is possible that government health policy might change if we experience pandemics every other decade, and that spending in anticipation of one would be regarded as a form of strategic medical deterrent, but it has to be remembered that it required two world wars before any British government started spending money on a military version that remains in a permanent state of mobilisation.

The Left are fomenting strife for their own political advantage at a time of national crisis, which will probably include unavoidable premature deaths. Opportunism worked for socialists in 1945 and 1974, just as it worked for the Marxists overseas in 1917 Russia and 1949 China. Trading on the deaths of innocents in a global pandemic is crass and tasteless and provides more than a hint of how they would govern given an opportunity such as the current situation might provide.