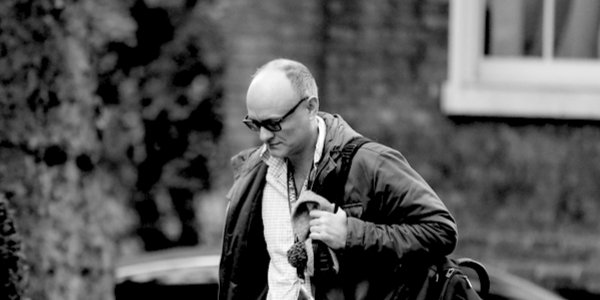 IF MARMITE are looking for a product ambassador, they could do worse than recruit Dominic Cummings – guaranteed to attract strong, irreconcilable opinions. A hero of Brexit to some, a hate figure for Remainers but, as Nick Booth has noted in TCW, it’s difficult to understand Cummings’s game plan in slagging off his former colleagues. The public don’t seem to have been impressed by his testimony to the Health and Science and Technology Committees, probably because it only confirmed their already low opinion of those in the Westminster bubble. It’s hard to think worse of people who you already believe are covered in the brown stuff.

TCW readers have good reason to be wary of Cummings. He remains a lockdown believer although Will Jones has shown that, even on Cummings’s own terms, the case for lockdown doesn’t stand. And, as Fraser Nelson has set out in the Daily Telegraph, in his testimony to the parliamentary committees, Cummings misrepresented the advice given by Professors Sunetra Gupta and Carl Heneghan at a meeting with the Prime Minister last September where they presented alternative approaches to lockdown.

But in seven hours of back-covering and back-stabbing, Cummings made some pertinent points. The one attracting most attention is the decision to allow patients to be admitted to care homes without a Covid test. I wrote here in February about how care homes have been treated as an afterthought in Covid strategy. On March 17, 2020 (shortly before the first lockdown), Simon Stevens, then chief executive of the NHS, instructed managers urgently to discharge all hospital patients who were medically fit to leave to free substantial numbers of hospital beds and guidance on April 2 (issued under the banners of the NHS, Public Health England, the Care Quality Commission and the Department of Health and Social Care) stated that ‘negative tests are not required prior to transfers / admissions into the care home’. That instruction was withdrawn in mid-April and on April 28 the government stipulated that all residents and staff should be tested for the virus.

So who authorised the movement of untested patients into care homes? Cummings’s tale that the Prime Minister expected new care home residents to be tested before admission and was surprised to discover this was not happening is broadly consistent with the dates that instructions changed, and Cummings has no reason to spare Boris Johnson any blushes. Civil servants usually make sure of political cover for difficult decisions, which may be why Health Secretary Matt Hancock’s responses to questions on this subject are being seen as evasive.

Cummings praised Taiwan for strong border controls that have largely kept out Covid. Taiwan refused admission to Chinese nationals from January 31, 2020, banned all cruise ships from its ports one week later and in mid-March it banned all foreign nationals from entering the country. Taiwan has had three (yes, three) deaths per million from/with Covid; there are few European countries which have recorded under 1,000 deaths per million. Shock, horror, strong borders work! Economic migrants have demonstrated in recent years the porous nature of Europe’s borders, including the English Channel. If the political will wasn’t there to stop humans, it was unlikely to appear to stop a virus. Cummings was also rightly damning of the UK’s feeble quarantine arrangements; countries serious about quarantine have confined arrivals to hotels next to airports.

Cummings pointed to some of the problems of making the civil service work effectively. No one is sacked for incompetence. Experts brought in to solve problems are assigned a team of such unsackables and then become frustrated when the desired results don’t emerge. ‘The blob’ that frustrated Michael Gove when he was Education Secretary is still everywhere in Whitehall. Cummings pointed to the refusal of government to look to Far Eastern countries with more experience of SARS and MERS to learn lessons applicable to Covid.

Yet he failed to follow through his own argument by offering no criticism of Chris Whitty, Patrick Vallance or Sage, the very experts who were relaxed about Covid until the moment they became hysterical. The people who have failed are still there, unsacked. Cummings may have been an outsider to government but, as chief of staff to the Prime Minister, he became part of the system he now decries. Like many who have jumped or been pushed out of Number 10, he’s proved to be too concerned in settling scores to be credible. And that’s why Cummings’s testimony is likely to have less impact than he imagines.