NewsPaperthe art of publishing
HomeNewsCursed by Covid and affluence, we’re creating a society of solitude
142

Cursed by Covid and affluence, we’re creating a society of solitude

DOES the name Jack Reacher mean anything to you? If not, I suspect you are at one end of the literary spectrum.

You’re either a genuine intellectual who has no use for cheap fiction, or someone who sees no benefit in reading a novel when Netflix and Amazon Prime offers up all the casual entertainment one could ever need.

I am somewhere in the middle, and believe the western World owes a debt to the British novelist Lee Child, who created the inimitable Jack Reacher character.

If you enjoy easy reading and have not come across Reacher, I suggest you make his acquaintance soon. Reacher is an ex-military police officer who left the US Army to live an itinerant lifestyle with no worldly possessions whatsoever except for the clothes he stands up in.

He does have sufficient funds in the bank – and a folding toothbrush in his pocket. This lifestyle choice gives him the perfect situation in which to roam the United States with complete freedom, come across various bad guys, rough them up and solve complex crimes.

A wonderful scenario and memorable tough-guy character for which Mr Child deserves every plaudit in the context of the genre.

You do not need to read the novels in order, but you could do worse than start with the first, Killing Floor. In my experience, the first – breakthrough – novel by any author is often distinctive.

But apart from the hours of fun reading about Reacher’s adventures, secure in the confidence that the bad guys are all going to cop it good style sooner or later, the core philosophy and practicalities of Reacher’s itinerant lifestyle is fascinating.

And Reacher will readily explain his lifestyle choices to any other character who evinces an interest. No home, so he generally sleeps in budget motels unless females offer a desirable alternative.

A set of clothes generally lasts him about three days before he buys an entirely new outfit, and puts all his current garments in the trash. He refuses to carry a bag.

Quite amazing, right up to the brink of incredulity. It does make sense, just, in a country where room rates for rural motels are affordable.

Why does it appeal to me so much? Because it serves as a welcome reminder that owning shedloads of material stuff at home is not necessary.

Or put it the other way round. Not owning lots of stuff is truly liberating. Just so long as you can pay your way in life.

Like countless readers, I suspect my primary emotion towards Jack Reacher is lifestyle envy. No rat race for him. No mortgage, no house maintenance, no bills, no vehicles, no credit cards, no council tax, no phone contract, no loans, no commuter journeys.

Reacher is not an especially sociable person but that comes across realistically. He is a long way from a recluse, eating regularly in diners and comfortable with unexpected conversations, clearly appreciating the kindness of strangers.

What strikes me now is just how far most Brits are from the enviable Reacher lifestyle. Which is not such a bad thing of course.

Whatever could be wrong about owning your own home or having a regular job? Nothing at all, especially if your disposable income enables you to furnish your home to a degree undreamt of by your ancestors.

What’s not to like? I live in Frinton-on-Sea, an affluent town in north-east Essex, and often walk my dog around the streets in the evening and marvel at so many lovely homes, occasionally with a pang of envy. But here comes my point.

Once your beautiful home and all its accoutrements and accessories reach a certain level of luxury, what use do you have for the outside world? Specifically:

Why visit the cinema when at home you have a 50-inch high-definition TV with surround sound from four speakers?

Why go to the coffee house when you have a £400 coffee machine in the kitchen that makes excellent coffee for one-third the price?

Why go out to the pub when you can enjoy the exact same ales (bottled) at home for half the price? Or a bottle of excellent wine.

Why dine out in a restaurant when the cheaper home delivery option is just a few clicks on your phone?

Why meet friends in person when you can all catch up so easily on Facebook?

Why would you even consider going into a church when you can watch it all on YouTube from the comfort of your sofa?

Why do your children need to attend school in person when they can so easily learn ‘online’?

And why would you ever patronise any local shops when Amazon can deliver whatever you want to your doorstep (tomorrow) for a lower price?

It seems that since early 2020, millions of Brits have reached the logical conclusion that regular social contact outside the home has become quaint at best and dangerous at worst. Apologies for the crude expression, but that concept scares the living shit out of me.

Surely you agree that people need people? Children most of all. I visited Tanzania for six weeks in 2009 and it changed my life. I lodged with a family where the father was an accountant and the mother worked in local government.

The biggest impact was seeing countless folk living in basic tin huts. They had little or nothing in terms of domestic facilities, but they had each other. And that was sufficient.

Unlike western Europeans, their homes offered little comfort apart from a roof, so they spent their lives outside. With each other. Smiles and good humour were endemic. It was a life-changing inspiration to me.

Such a contrast to the miserable UK in 2021. The vile authoritarian policy of lockdown has been predicated on widespread fear. But this has been assuaged by the high levels of domestic comfort that can now be found in most middle-class homes.

Terrifyingly, Brits have apparently learned to live indoors with the ‘new normal’, or so our masters would like to believe.

Desperately I cling to the (forlorn?) hope that there are enough real people out there to stand up, get outside and rebuild this once proud nation from the utter carnage of lockdown.

But this is hope, not expectation. The icy fingers of fear, based on incessant propaganda, have this nation by the throat and will not let go easily. 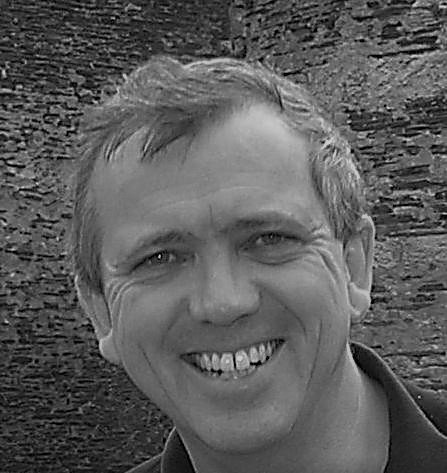