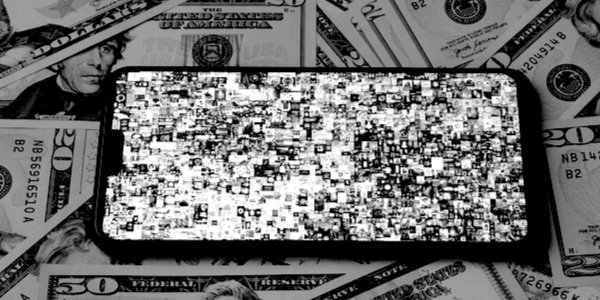 THESE days one can do pretty much anything over the internet. There are even sites to breed digital cats. One such cyberkitty named Dragon was purchased for $172,000 in digital currency a few years ago.

The thing about a digital cat is that it’s for ever. Unlike a real one, it will outlive its owner and successive generations. Indeed Dragon’s true success is the achievement of immortality, both intrinsically and effortlessly, at least in the digital universe of the future, or ‘metaverse’ as people are calling it now.

I heard the term ‘metaverse’ only recently as mentioned by the CEO of the company I work for. Like many, including Facebook, he sees it as the wave of the future.

The idea of a metaverse is for people to put on headsets, mittens and even bodysuits so as to escape as avatars into a virtual reality world, no doubt populated by digital flying felines such as Nyan Cat who sings whilst spewing rainbows for an interminable three and half minutes and was sold to her current owner for the princely sum of $580,000 earlier this year.

Participating in the metaverse will involve NFTs, or Non-Fungible Tokens, which you can get by purchasing animated cybercats or apes with crypto-currencies and play with or use to accomplish tasks. Or simply collect and sell them on as artworks. Certain NFTs have become the price of entry to gain entrance to the coolest clubs in the burgeoning metaverse and rights to scrawl on their virtual walls. Some NFTs are so sought after that they’ve sold for millions, with the most expensive auctioning for $69million.

Besides images there are scientists aiming to produce scents for the metaverse which they say can trick the tastebuds using a feature called pseudo-gustatory display. Quite how this will pan out for someone who is hankering for a bacon cheeseburger is a mystery. While tantalising, would the picture of a juicy burger along with the smell of one be quite as satisfying as the real thing?

Is all this kind of cool or just creepy? I find that the more time I spend online, the more depressed I become. It’s useful technology if one’s intention in entering the metaverse is to connect with those who are not close enough to meet in person. The entertainment factor I suppose does seem attractive, rather like a 3D film but in a totally immersive environment.

The best use in my opinion for augmented reality networks must be in the visual arts. I visited the exhibition ‘Van Gogh: The Immersive Experience’ in York last summer. It was truly breathtaking to step into one of van Gogh’s wheat fields and experience the breeze and birds flying overhead. It is currently sold out in London until 2022.

But the danger this technology presents is an increasing physical isolation of individuals in the modern world who are becoming further alienated from one another and society. An artificial connection created over the ether, as we’ve seen recently with families having to say goodbye to loved ones via Facetime, can never be a substitute for real human interaction.

And what constitutes a crime in the metaverse? If it’s criminal under coming legislation such as the Online Safety Bill to post certain content, that would presuppose one can be punished in the real world for such activity. In fact the only crimes which can exist in the metaverse are those involving thought or speech. Calls for anonymity to be abolished online become meaningless in this context since a visitor’s IP address can be tracked and their identity traced on any site they visit. There are no traditional property rights or ownership beyond those evidenced by NFTs which can be copied ad infinitum, so nothing can be stolen and nobody is actually present to experience physical harm. If you slag someone off in the metaverse, though, there will be consequences.

To me this new frontier sounds like a warped invention aimed at misfits, and completely the place to bring forth a communist utopia. https://www.newyorker.com/culture/cultural-comment/the-rage-of-the-incels Perhaps Zuckerburg and his cronies should join forces with the hikikormori https://www.bbc.co.uk/news/magazine-23182523 who are rallying for precisely that outcome. https://melmagazine.com/en-us/story/japanese-incels-marxist-revolution-kakumeiteki-himote