NewsPaperthe art of publishing
HomeNewsD-Day: A reminder of what happens when politics fails
53

D-Day: A reminder of what happens when politics fails 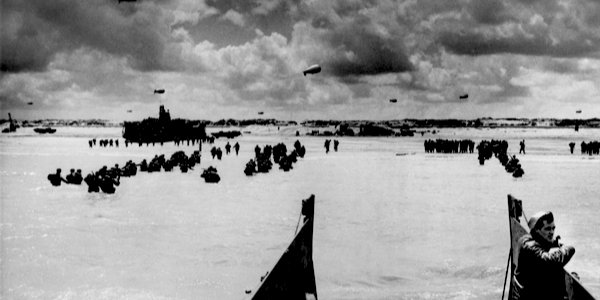 THIS week we recall the launch of a mighty force to liberate the continent of Europe in 1944.

At tomorrow’s commemoration our Queen will stand alongside the President of the USA and the Prime Minister of Australia as representatives of the Allied nations that mobilised that awesome force. The President of France will attend, on behalf of the largest country they planned to set free. So too will the Chancellor of the new Germany that arose after her defeat, as a reminder that Germany agrees the Nazi tyranny over the continent had to be purged.

Some 160,000 troops made passage by boat to five beaches of Normandy, or flew in for a dangerous parachute drop as the advance party. Thanks to disinformation about where the blow would be struck, surprise was achieved despite the magnitude of the army and the length of time it took to assemble and concentrate the force. The Americans encountered the strongest resistance on Omaha Beach, but Operation Neptune captured all the beaches and began the long process of consolidating a position in France for the advance on Berlin.

In the days that followed D-Day, temporary harbours were installed for future supplies and reinforcement, a pipeline was put in to fuel the highly mechanised armed forces, and air and sea control was established against the enemy planes and U-boats. It took many more months of hard fighting with many losses to unite with the advancing Russians in Germany, but total victory was secured some eleven months later.

The Second World War was a necessary tragedy. Germany’s wish to dominate Europe with her Italian ally and Japan’s wish to colonise much of Asia by military means had to be resisted and defeated. The Axis powers would not compromise and could not be trusted to honour any possible peace agreement. The wanton Japanese attack on Pearl Harbor, the long preparations for the German invasion of the UK, the impetuous and ultimately self-defeating German invasion of the Soviet Union, all demonstrated this was an occasion when military victory had to precede diplomatic and political settlements.

It was a reminder of what happens when politics fails. Germany had been defeated just 21 years before the outbreak of the Second World War. The Peace Treaty imposed on her created grievances which Hitler was able to manipulate to his own advantage. The victors’ failure to intervene in Germany politics when Hitler overthrew the democratic constitution, or when he remilitarised the Rhineland, showed a failure of resolve and understanding of what could happen next. Western politics failed to produce an acceptable peace, and more importantly failed to police a tough peace. German politics was subverted by a demagogue who restored German pride, won an election and then created an evil tyranny which went on to perpetrate mass murder on the battlefield and in the gas chambers and concentration camps.

We owe much to the many Allied service personnel who were killed or wounded during the liberation of Europe.

This article first appeared in John Redwood’s Diary on June 4, 2019, and is republished by kind permission.