Dacre blasts the civil servants who sabotaged his Ofcom job 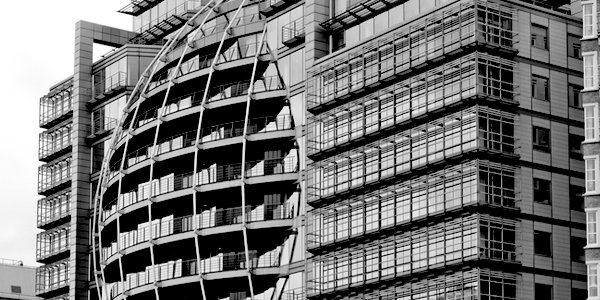 FOR more than a year, the few remaining MPs who genuinely want to eliminate BBC liberal-Left and woke bias have been pinning their hopes on the appointment of former Daily Mail editor Paul Dacre as chairman of Ofcom, which since 2017 has been the Corporation’s regulator.

That faint hope of reform sensationally evaporated with the publication in Saturday’s Times of an explosive, vitriol-filled letter (in full below) from Mr Dacre explaining how his appointment, though supported at the highest levels of government, had been sabotaged by unelected civil servants. He describes his experience as ‘my infelicitous dalliance with the Blob’. Ouch!

If true, his charges arguably amount almost to treason: that civil servants are actively conspiring to thwart the wishes of the democratically-elected government, and are succeeding.

Dacre’s letter is a masterclass in dishing the dirt. He claims that because of attitudes among civil servants, those with independent minds and who do not espouse liberal-Left views have more chance of winning the lottery than being appointed to any public body.

He clearly doubts that Ofcom chief executive Melanie Dawes, ‘a brilliant career civil servant latterly at the Ministry of Housing’, has the credentials or experience to take on the challenges facing the BBC, including the threat posed by ‘amoral and ruthless’ tech giants.

He concludes with a swipe at ‘all those senior civil servants working from home so they can spend more time exercising on their Peleton bikes and polishing their political correctness, safe in the knowledge that it is they, not elected politicians, who really run the country’.

After Mr Dacre’s bombshell, what are the chances of BBC reform? As Michael St George astutely observed on TCW Defending Freedom last week, the problem is that it suits Boris Johnson to keep the BBC exactly as it is because its blatant political agenda in supporting many forms of wokery, including especially Net Zero, chimes with his own.

The BBC’s own Serota review of impartiality – forced on it because of the appalling journalistic malpractice exposed by the Dyson review of the Martin Bashir/Panorama interview of Princess Diana in 1985 – is a window-dressing damp squib that contains only vague platitudes about closer monitoring and training, and a fig leaf of outside scrutiny though the appointment of two ‘independent’ figures into the editorial standards domain.

The government has a window of opportunity to introduce change as part of the BBC’s mid-term review next year, but the licence fee now seems to be exempt from that process, and so the only significant possible development is that a new complaints process, genuinely independent of both the BBC and Ofcom, is adopted.

Going back a decade, the Department for Digital, Culture, Media and Sport select committee under the chairmanship of John Whittingdale were a doughty force who tried to keep a check on BBC excesses. Recently, they showed their teeth again in a hearing on the Martin Bashir affair. But Julian Knight, the current chairman, seems to have lamely accepted the civil service’s appalling treatment of Mr Dacre. He told the Guardian at the weekend: ‘Where a previous candidate has been deemed to be unappointable for a post, they should be ruled out of reapplying.’

Who will get the Ofcom chairmanship? Another of Melanie Dawes’s ‘Blob’ colleagues? One of those widely tipped is the dripping-wet Remain former Tory MP Ed Vaizey, now in the House of Lords as Baron Vaizey of Didcot. An illustration of his views about the BBC is that he can’t believe that people dare denigrate the Corporation for bias – that it should be cherished, come what may.

This is the full text of Paul Dacre’s letter to the Times:

Sir, Following a welter of ill-informed increasingly hysterical speculation from the left-wing media, I’d like to set the record straight that I have not re-applied for the Ofcom chairmanship, nor do I intend to apply, despite being urged to do so by many senior members of the government. I wish Ofcom all the luck in the world as it faces the awesome challenges of trying to regulate the omnipotent, ruthless, and, as we have learnt, amoral tech giants without damaging freedom of expression – a freedom I spent 28 years as an editor fighting for both publicly and privately with ministers.

Whether Ofcom, whose chief executive is a brilliant career civil servant, latterly at the Ministry of Housing, has the wherewithal to deal with such issues is a different kettle of fish. As is the daunting task facing Ofcom of helping to ensure that the BBC (which I am on record as describing as a great, civilising force which I would die in a ditch to defend) is saved from both itself and the frighteningly well-resourced streaming giants.

At the original chairmanship interview – in which the contribution of one of the assessors was unhelpfully undermined by a belated admission of a small conflict of interest – I suggested that Ofcom’s role as an independent regulator of the BBC was compromised by the fact that two of its senior board members were ex-BBC executives (one of whom subsequently resigned over his involvement with the Bashir scandal).

After the interview – at which another candidate, a senior public official with an impressive reputation, was also judged to be unappointable – my feedback was that, though I had given a good performance, showing a solid grasp of technical issues, I had revealed strong convictions that were incompatible with the role of an independent chairmanship.

To anyone from the private sector, who, God forbid, has convictions and is thinking of applying for a public appointment, I say the following: the civil service will control (and leak) everything; the process could take a year in which your life will be put on hold; and if you are possessed of an independent mind and are unassociated with the liberal-Left, you will have more chance of winning the lottery than getting the job.

Me? After my infelicitous dalliance with the Blob, I am taking up an exciting new job in the private sector, that, in the climate that is increasingly hostile to business, struggles to create the wealth to pay for all those senior civil servants working from home so they can spend more time exercising on their Peleton bikes and polishing their political correctness, safe in the knowledge that it is they, not elected politicians, who really run the country.