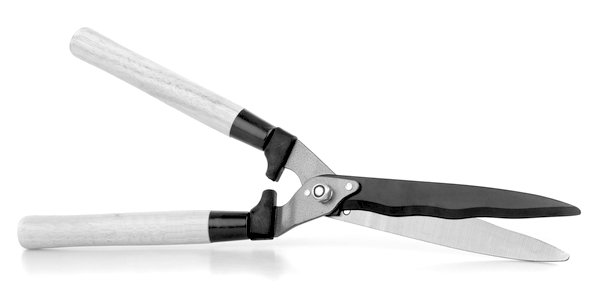 I WAS five days out of hospital after major surgery, and just getting to the point where I could walk at half pace. On Monday I was forced to go back to the Royal Marsden Hospital in London as the 50-stitch incision on my abdomen was weeping copiously.

On the way to the station, I noticed that pedestrians were being forced off the pavement and into the road by overgrown trees in a council car park. This is dangerous as buses whizz down this one-way street.

When I get home from hospital I decide to take some shears and hack back the overgrown foliage. I’ve lopped about ten branches off when a police van pulls up. Three (THREE!!) policemen get out, all with body armour, and begin interrogating me.

One splits off and quizzes my sister, 50 yards down the road watering the flowers in the Guerrilla Garden I set up in a disused NHS building. He wants to know if my story stacks up!

They tell me I’ve got no right to go round clearing pavements. ‘We looked at those shears and my first thought was “What if some drunk takes those shears off you and hits you on the head?”’ said one of the coppers.

After I’d told them a potted version of my life story (cancer, separation, forced to live with my sister, gardening) they decided the case was going nowhere.

‘I’m not going to do anything, mate, as long as you go home now and take all that foliage with you.’

The irony is, Croydon has something of a gang-related crime wave.

Less than 100 yards away, an 18-year-old boy was stabbed to death the other day.

But the police are picking up an enfeebled 58-year-old bloke, one week into a 16-week rehab after two major operations, for clearing the footpath without a permit!

The notorious Croydon Cat Killer is still on the loose. Maybe they wanted to fit me up for that one.