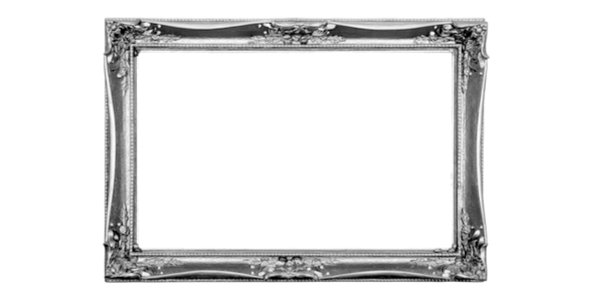 I ALWAYS have the electronic commentary on at exhibitions. In the Chardin exhibition in 2000 it described how he painted fur – anyone could go home and try it, which I did. The Van Dyke commentary brought the court of Charles I to life. I floated around in a dream, learning about Baroque music and the artist’s method of painting. They are not all good. The previous William Blake exhibition gave him the voice of an actor from EastEnders, seeing the author of Jerusalem as a member of the industrial proletariat before there was one.

Last week I paid £5 to hear three ‘scholars’ talking about Gauguin’s portraits in an exhibition at the National Gallery. I learned nothing about art but a lot about our current curators.

Room One contained harmless looking self-portraits. How wrong I was; standing near a sandstone pot with Gauguin’s hook-nosed face squashed on the side, the voice in my ear damned him with the words: ‘Male, white, Eurocentric, colonialist.’ I glanced at other listeners wondering if they were as surprised as I was. A black woman attendant began staring at me suspiciously. I moved hastily on, but almost every painting was described on the tape or on the wall as ‘troubling’.

The National Gallery of Canada, where the exhibition started, edited these texts and picture captions ‘to be clearer about the power dynamics involved’ between artist and model, and to show ‘Gauguin’s colonial and patriarchal privilege’.

The opening coincided with the second anniversary of the #MeToo movement and the focus is not about Gauguin’s significance as a Post-Impressionist, the French artist who abandoned Europe for Tahiti, it was all about ‘the problem’ of his being a male and white. Rather than discussing his artistic legacy, the question posed was ‘Can we still love the work of artists whose behaviour we loathe?’

NG curator Christopher Riopelle said: ‘Even five years ago when we started working on the exhibition, we realised that things had moved on, that we would need to address these issues. Analysis of paintings cannot occlude the real issues.’

In the absence of any analysis of the painting, we were plunged into an ideological position which sees all traditional cultural capital as elitist and deeply suspect.

It seems Gauguin, once seen as a romantic rebel, cannot now be forgiven for being ebulliently male, his insistence on being the ‘great man’ in his own individual story. Worse, he was white. ‘Gauguin undoubtedly exploited his position as a privileged Westerner to make the most of sexual freedoms available to him,’ a wall text shouted down at us.

Most critics go along with this. Jackie Wullschläger for the Financial Times wrote that she was ‘repulsed’ by the exhibition: ‘[His work’s] gorgeousness is inextricable from his wielding of white male privilege, power and abuse. Gauguin forged his career trumpeting colonialist images of his teenage Tahitian lovers.’

She even sees the show of portraits itself as ‘an attempt to deflect from colonial narratives’.

In the eagerness to decry such evil, curators and critics may sometimes miss the painter’s real intention. Any sense of humour is lost to their keenness to attack dead white males. His painting Are you jealous? is ‘one audience-baiting title’, writes Wullschläger. Was he ‘baiting?’ He may have been ironic. An unusual portrait showed a woman with a white angry face, next to her a rustic carving gushing menstrual blood. The commentary called this ‘a troubling image’. But possibly she told Gauguin about her condition and he painted it, bold as brass and surely a feminist first?

Most damning for the Woke curator is the image of his naked 13-year-old ‘wife’ Tehamana: ‘vulnerable and prone’ says the tape. Wullschläger compares the artist to the predatory Humbert in Nabokov’s Lolita. But there’s no need to get ‘triggered’; the tape tells us earnestly that she ‘moved on with her life, despite Gauguin’.

Towards the end of the show, there is a confusing shift from disapproval because two large paintings, Barbarian Tales and Man in the Red Cape, show what the tape tells us are ‘gender fluid’ characters. The first ‘embodies what Gauguin most disliked about the Judeo-Christian tradition’, possibly even the ‘civilised parts of his own character that he most despised’. There’s also an earlier mention of his ‘commitment to what he saw as pure art, untainted by Western civilisation’.

There are several swipes at Christianity in the exhibition booklet and the marauding colonialist who uses the ‘derogatory, colonialist’ term ‘savage’ for some of his images is suddenly not so bad after all. But then radical ‘progressivism’ is full of puzzles; gender is held to be socially constructed but homosexuality is only genetic. ‘Whiteness’ is a social construct designed to bolster privilege but transracialism is forbidden. Gauguin was a wicked white colonialist who destroyed the indigenous culture of Tahiti by going there, but at the same time a hero for showing it was superior to the Christian West.

Visiting galleries used to be an occupation for a wet afternoon, now it’s part of a religious duty to ‘check one’s privilege’ and to view images through what Wullschläger terms a ‘postcolonial feminist lens’. As someone who doesn’t have one of those, I was stunned. Happily there are others like me who are now morally unfit to visit art galleries; Eric Kaufman, who also writes for the FT, quotes Douglas Murray about what some of us see as a growing cultural madness.

Murray blames the ‘highly educated people’ as they cling to the new religion of identity politics. He thinks this is a misplaced zeal for ‘social justice’. Kaufman sees it as Marxism in a different form: class struggle replaced by gender/race/sex. For the Left who now rule all our cultural institutions, progress and meaning is found in making war against those guilty of ‘wrong-think’.

There’s still money in bad white men. The NG is holding lucrative ‘study days’ on Gauguin into December. Participants include philosopher Daniel Callcut, who recently wrote an article called ‘Paul Gauguin, the National Gallery and the philosophical conundrum of exhibiting immoral artists’, asking what responsibilities do galleries have when they display work by monstrous creators?

Shahidha Bari, ‘Professor of fashion culture(s)’ and a regular on BBC Radio 4’s Woman’s Hour will also help us learn whether ‘we can still admire an artist’s work when their biography raises so many questions’.

The question is, will anyone there be brave enough to question the need for that question.

Gauguin Portraits at the National Gallery is showing until January 26, 2020.