NewsPaperthe art of publishing
HomeNewsDaniel Leafe: The Left is reduced to impugning IDS’s motives for resignation
20

Daniel Leafe: The Left is reduced to impugning IDS’s motives for resignation 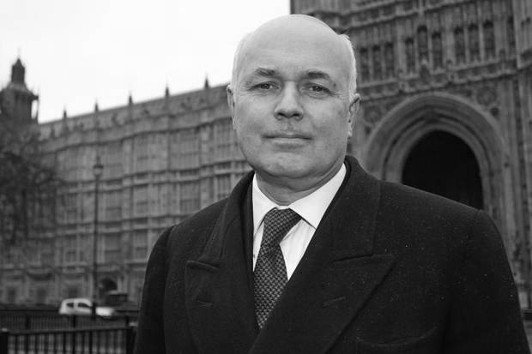 One of the few remaining free and unregulated (for now) pleasures of everyday life is to watch from the sidelines as the metropolitan Left endures one of its periodic states of self-paralysis.

Such was the case on Friday as Iain Duncan Smith finally lost patience with the Treasury.

For what is The Guardian to do when their Public Enemy No. 1 so effectively confirms all the paper’s own views about Public Enemy No.2? Clearly any support by them for George Osborne, author of “austerity” and master of “triangulation” would be unthinkable. On the other hand to laud IDS would not only run contrary to inbuilt Pavlovian responses but would be to admit, in the face of all that they had written in the past decade, that he was not, in fact, a man completely devoid of any virtues. So what to do? Amid such a dilemma what should the editorial line of the flag bearer of the Left (and therefore the BBC etc) be?

Naturally, when confronted with a choice between giving some measure of approval to one or other hate figure The Guardian sought to avoid giving any credit to either. Instead it opted to adopt Mr Duncan Smith’s critical analysis of his colleague while ascribing it to devilishly malign motives. Depending upon precisely who had hastily penned the latest piece, the motivation behind his parting shot was something to do with Brexit and/or implementation of Universal Credit and/or fear of loss of legacy and/or personal animus etc. In other words, in the view of the Left, that Duncan Smith’s criticisms largely agreed with their own, arose not from any understanding of the issues but merely by way of happy accident from his otherwise wholly defective character.

This convenient, if implausible, line failed to acknowledge the obvious point that being Her Majesty’s Secretary of State for Work and Pensions is hardly one of the glamour jobs of government. It is neither attended by the gilded history of the Foreign Office nor the potential optimism for the future of a Department such as Education. Instead it is a monolith, with a vast budget and doing work of immense detail dealing with the complex difficulties of some of the most deprived and/or disabled people in the country. For a Conservative it is also a Department which is potentially deeply unpopular with the party’s own supporters – the electorate voted for a party standing on a platform of £12 billion of unspecified cuts to the benefits bill. And while the DWP might be a step on the career ladder for someone such as IDS’s successor, Stephen Crabb, it represents no such thing to a man at Mr Duncan Smith’s stage of his political life.

So why would a right-wing conservative, actively resist a move to somewhere like the Department of Justice in order to spend the better part of six years in a thankless job?

One answer is, of course, is that proffered by the likes of The Guardian: that IDS is simply a mean, malevolent, even evil character determined to take from those to whom little has been given and that the chance to do so represents a fulfilled life for the 61 year old.

The more obvious answer and the one that puts Mr Duncan Smith’s resignation in its proper context is that his near 15-year commitment to ending welfare dependency his been driven by deeply-felt compassion.

His Centre for Social Justice in its report Signed on, Written Off, wrote that: “Economic dependency and worklessness are among the most destructive forces in our society. Whereverlong-term worklessness is found, so too is social breakdown. Successive governments have failed for decades to tackle a chaotic welfare system that has trapped generations of people in poverty and left them unable to realise their potential.”

That is a fair summary of what has kept Mr Duncan Smith at the coal-face of welfare reform: a profound conviction that dependency is cruel and dehumanising.

In a world of relentless political pragmatism such convictions are to be admired but in IDS’s case they stem from even more deeply held beliefs. In 2010 he made clear that,

“My Catholic background has certainly affected the way I view life and it has become integral to everything I do.”

This is a politician for whom every step is not an electoral calculation but rather the manifestation of personal convictions rooted in a consistent and all-embracing Christian world view.

It is sometimes said that “integrity” is the absence of any gap between what one thinks in private and what one does in public. It might just be that Mr Duncan Smith possesses such a quality.

Is anyone surprised that the secular Metropolitan Left would rather tie themselves in knots than to recognise the consistent, Christian, compassionate integrity in Mr Duncan Smith’s resignation?