NewsPaperthe art of publishing
HomeNewsHow dare these posturing luvvies hijack a symbol of incredible courage in...
69 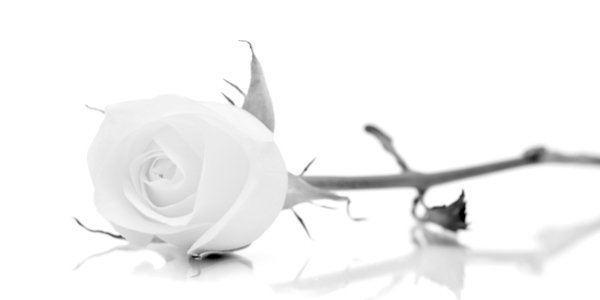 The music industry’s annual love fest, the Grammys, has just passed. Many of the attendees at the bash in New York wore white roses in solidarity with Time’s Up, the campaign against sexual misconduct in the entertainment industry.

Apart from the hypocrisy of singers such as Miley Cyrus and Lady Gaga, who have built their careers on sexual provocation, protesting against the inevitable results of the sexualisation of society, the latest bout of virtue-signalling leaves a bad taste in the mouth.

A group called Voices in Entertainment sent a letter to their colleagues encouraging them to participate: ‘We choose the white rose because historically it stands for hope, peace, sympathy and resistance.’ The original White Rose movement did stand for ‘hope, peace, sympathy and resistance’. But it did so in a vastly more dangerous context than wearing a symbol and posturing before adoring and approving followers.

In 1942 Hans Scholl (24), a medical student at the University of Munich, his sister Sophie (21) and friends Christoph Probst (22), Willi Graf (25), and Alexander Schmorell (25), founded the White Rose movement, one of the few German groups that spoke out against Nazi genocidal policies.

As children Hans and Sophie had, like most German youngsters, been members of the Nazi youth organisations. Their father Robert, who was later imprisoned for anti-Nazi remarks, tried to teach them that Hitler was leading Germany to destruction. Gradually Hans and Sophie came to understand that their father was right.

At incredible risk, White Rose members transported and mailed mimeographed leaflets denouncing the regime. These were distributed wherever they thought they might be effective, especially the universities. ‘We will not be silent,’ they wrote to their fellow students. ‘We are your bad conscience. The White Rose will not leave you in peace!’

After the German army’s defeat at Stalingrad in late January 1943, the Scholls distributed pamphlets urging students in Munich to rebel. But the next month, a university janitor who saw them with the pamphlets betrayed them to the Gestapo.

After a show trial, headed by Hitler’s favourite judge, the notorious Roland Friesler, the regime executed Hans and Sophie Scholl and Christoph Probst on February 22, 1943. Before walking to the guillotine, Sophie observed: ‘How can we expect righteousness to prevail when there is hardly anyone willing to give himself up individually to a righteous cause?’ She went on: ‘Such a fine, sunny day, and I have to go, but what does my death matter if through us thousands of people are awakened and stirred to action?’

Others members were also executed, amongst them philosophy professor Kurt Huber, who had guided the movement. Huber’s widow was sent a bill for 600 marks, twice his monthly salary, for ‘wear of the guillotine’. Alexander Schmorell was executed on the same day as Kurt Huber. Willi Graf was executed three months later.

These young people saw actual evil, saw that the great majority of their fellow citizens either supported or acquiesced in it, or were cowed by it. They could not be silent. They would not excuse themselves by saying it was the fault of society, which was true; or that any action they took would have little effect, which was true; or that to stand against Hitler was a path to death, which was true. They accepted personal responsibility for their own actions knowing what it would cost.

Momentous events or movements, actions beyond our control, shape the actions of individuals. What the members of the White Rose, practically all committed Christians, realised was that ultimately it is down to the character and choice of the individual as to how they react to those forces and what they choose to do.

Unlike the entertainment icons parading their virtue, the Scholls and their friends did not wait until they had widespread support, an adoring public or a fawning media. They accepted personal responsibility for how they acted in the midst of a vile regime.

The herd of media celebrities strutting their supposed moral integrity before us today knew full well about the sexual culture prevalent in the media industry. None protested until it was safe to do so. That these pampered charlatans appropriate the symbol of incredibly brave youngsters who protested when it meant risking their lives is virtue-signalling of the most repellent form.

The nauseating Nazi judge Roland Freisler would find few supporters today, few who would argue that he was a product of his upbringing or that he had been radicalised a Nazi by his experiences as a prisoner of the Russians after the Russian Revolution. Freisler is held personally responsible for the man he became and the actions he committed, including the beheading of members of the White Rose.

More likely it is the demise of Christianity in the West with the teaching that eventually we all have to stand before God as individuals responsible for our own actions. Societal sin exists, as does collective responsibility, but ultimately we are responsible as individuals for the actions we commit, or allow to pass unopposed. Those who remain silent in the face of evil acquiesce in it.

The White Rose shows us that evil has to be confronted, named for what it is, and unrelentingly opposed wherever it occurs, not just when it is safe to do so.