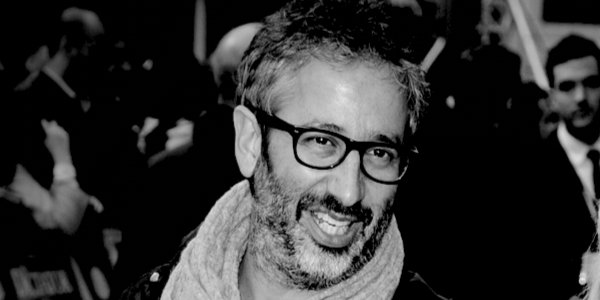 If I forget you, O Jerusalem, may my right hand lose its skill – Psalm 137

THE Left-wing comedian David Baddiel has written a book on anti-Semitism entitled Jews Don’t Count. Given his occasional bashing of Israel and religious Jews, I am not drawn to reading it. But the response to it has shown gaping holes among the Left when they try to tackle anti-Semitism within their ranks.

I have written many times on the pernicious anti-Semitism among the regressive Left. I have repeatedly pointed out that to protest against anti-Semitism is to be called a ‘racist’ by progressives. Many who claim to be anti-racist soon reveal themselves to be Jew haters.

Baddiel, who is Jewish and describes himself as an atheist, is certainly correct in critiquing the regressive anti-Semitism rampant among the progressive Left, who don’t tolerate racism towards anyone else but Jews.

But like most of the cultural elite, including those who have reviewed the book, Baddiel ignores the elephant in the room: the endemic anti-Semitism cloaked as ‘anti-Zionism’. Progressive anti-Semitism cannot be tackled without confronting anti-Zionism. This incessant backslapping among progressives when it comes to anti-Semitism is like a dog chasing its own tail – pointless.

Rabbi Lord Jonathan Sacks said that anti-Semitism mutates and that anti-Zionism is its contemporary form. Israel is our safety net. The ideological drive to destroy Israel and ‘free Palestine’ is a war cry led by Islamists and propagated by their useful idiots on the Left.

Should anti-Zionists get their wish, and Israel is destroyed, half the world’s Jewry would be left homeless, and diaspora Jews would become even more vulnerable to anti-Semitism. That is why even a seemingly benign approach to anti-Zionism, such as Baddiel’s description of himself as a ‘non-Zionist’, is potentially destruction to us Jews.

It’s a slippery slope, as shown by Baddiel’s attempt to create a distinction between anti-Semitism and anti-Zionism where none should exist.

This is a dog-whistle to Jew haters and should not be done by anyone wanting to lead the fight against anti-Semitism. Neither should they be writing ‘f*cking Israel’ on Twitter.

By doing so Baddiel undermines his own good work on anti-Semitism.

The entire progressive Left, however well-meaning some may be, are not able to see the mote in their own eye. Nick Cohen, who has also confronted the Jew hatred within the Left, oddly quotes self-declared communist Ash Sarkar as a supposed authority on anti-Semitism in his Spectator review of Baddiel’s book. Sarkar likes to have an anti-Israel rant through the Corbynista mouthpiece, Novara Media. She also obscenely defended the actions of anti-Israel activist Ewa Jasiewicz, who defaced the remains of the Warsaw Ghetto with words promoting the destruction of Israel.

Just as detrimental is the tendency for the Left to blame ‘white supremacists’ or the ‘far Right’ as the main propagators of anti-Semitism. The rise of the far Right in Europe and the US is indeed worrying. They are growing in strength and pose a threat to all minorities. However they are correctly scorned and mocked by many, unlike the Left, who are afforded moral legitimacy by the MSM.

In Britain the far Right threat to Jews is minimal compared with that of the Left and their love-in with Islamism. The real racists are the ones in the Labour Party who think nothing of flying that symbol of Israel’s destruction – the Palestinian flag – at their conferences.

Many who watched Baddiel’s Newsnight interview last month probably won’t read his book. Not only will they now think that anti-Semitism is mainly a problem on the Right but also that anti-Zionism is acceptable. After making valid points about progressive anti-Semitism, it’s disappointing that Baddiel lapsed into mentioning neo-Nazis and white supremacists. The Left’s racist phantoms always eventually surface in this guise. Anti-Semitism on the Left will continue to be ignored and blamed solely on the far Right, undermining the eternal fight against Jew hatred.

It’s a pity too that Baddiel called Israel an ‘oppressive power’, giving succour to anti-Semites on the Left. This is pandering to the BBC’s editorial line on Israel, which is mostly bias against the Jewish state. How telling that presenter Emily Maitlis did not reproach Baddiel on this or his questionable stance that Jews don’t need to feel a strong connection to Israel. As I pointed out last year, 90 per cent of British Jews support the right of Israel to exist and 93 per cent say that the country plays a central part in their Jewish identity, so most would disagree with Baddiel on that.

Jews are indeed an ethnic minority, as Baddiel rightly points out. But we are a faith too: we cannot separate our ethnicity from our religion. To do so is to create a disconnect between Israel and Judaism where none should exist. The collateral damage of doing so is seen in atheist Jews who are virulently anti-Israel. Our spiritual and physical longing for Jerusalem cements our connection with Israel. Zionism is an intrinsic and ancient part of our faith. Jews say ‘next year in Jerusalem’ at the end of their Passover reciting of the Haggadah.

The more alienated a Jew is from their faith, even declaring themselves to be an atheist as Baddiel does, the less they will understand why anti-Zionism is anti-Semitism. Faith in God is the cornerstone of our faith, no matter how religious or irreligious a Jew is, and there are few atheist Jews who are Zionists.

Faith shouldn’t be discarded by Jews, especially by those who seek to lead the narrative on anti-Semitism. Neither should they perpetrate hatred against religious Jews, as Baddiel recently did, calling them ‘stupid f*cking frummers’ (a Yiddish word for religious Jews).

Baddiel’s failings expose a bigger problem. Support for Israel, the practising of faith and a belief in God are essential to Judaism. The progressive Left needs to realises this and stop attacking and mocking these, otherwise anti-Semitism within their ranks will never be remedied. Until then, those who should be listening won’t.