NewsPaperthe art of publishing
HomeNewsDavid Campbell Bannerman’s EU Watch: Brexit will free us from deals with...
7

David Campbell Bannerman’s EU Watch: Brexit will free us from deals with sponsors of terrorism 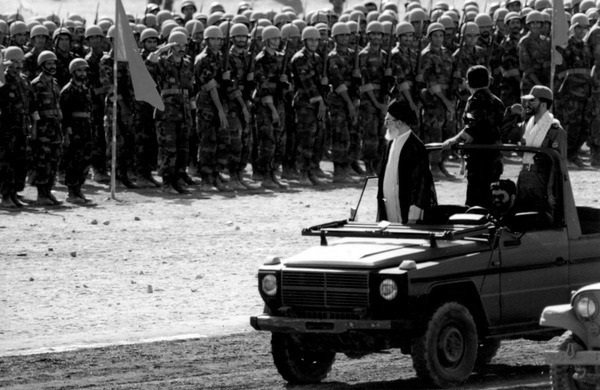 This week I will be seeing the head of the Iranian Resistance Movement, Mrs Rajavi, again in Brussels. She is a very brave and gracious lady who has lost close family to the barbarity of the Iranian regime, including a sister hanged while pregnant. The movement has big name supporters in the USA, Europe and globally, and I have spoken at Paris conferences where tens of thousands of people attend.

This affirms to me that the Iranian people are good, bright, talented people, but are trapped in the grip of a cruel, extreme and highly dangerous regime. This week the human rights charity Reprieve raised concerns the EU could be actively seeking to fund Iranian anti-narcotics programmes linked to capital punishment, despite the EU proudly telling the world it is anti capital punishment.

The EU is very proud of the deal signed in October last year with the same Iranian regime. It took the lead on in negotiations of the ‘EU, P5 + 1’ group – which includes the permanent five members of the Security Council incorporating the UK (though the EU covets our seat), with Germany being the 1. This was the chance for the EU to shine in the world, and show how important it is in the field of foreign affairs, the embodiment of its Common Foreign and Security Policy (CFSP). The result has been a deal that makes peace with a regime that executes more people per head than anywhere in the world, more even than China. Pro-EU colleagues tell me there was no alternative. That’s not the case.

This deal has abandoned sanctions that were really hitting Iran hard and threatened the collapse of the regime or least radical reform. The current President Hassan Rouhani has been cynically billed as a ‘moderate’, yet more than 2,000 people have been hanged since he came to power. And all so the EU can sell Airbuses to Tehran and protect French-owned oil plants? Since the deal was signed the Iranians have had no less that three ballistic tests, so there is little sign of slowing of the nuclear programme and its threat to the entire Middle East region, if not Europe itself.

Worse still is that the deal has opened up some $100 billion of frozen assets for Iranian use. Here is the rub: most people listening to coverage of this deal on the media will be taken in by the distortions that Iran has changed, and is now more peaceful. But Iran is one of the greatest sponsors of terrorism in the world, is highly skilled in Soviet style destabilisation tactics, and I now have first hand confirmation of the dangers this crazed liberation will bring.

I chair the Iraq Delegation of the European Parliament and have visited the brave Kurdish Peshmerga on the front line. I see how Iran has destabilised Iraq, feeding Shia divisions against the Sunnis, particularly after the 2003 invasion. Iraq is a powerful neighbour and enemy – they fought a war in the 1980s. I was shown a list of 30,000 Iranian names with pay and ranks of those they sent in to destabilise then. Now Iranian influence is extending to the border of Mosul, and while Iranian-backed Shia militias fight so-called Islamic State Isis, they are allegations of attacks on Sunni civilians.

It doesn’t end there. In Yemen, Iran is backing Houthi rebels, who now have the capacity not only to shell our allies but to fire large missiles at ships. One of the most sophisticated British warships is now having to guard them with its advanced missile defences. Yet it is the Saudis who are being criticised for their aerial bombing, and they are too often painted as the villains of the piece.

In Bahrain next door, which I visited recently and is wonderfully pro British (the Prime Minister is there now following Prince Charles), I was astonished to find yet more hard evidence of Iranian destabilisation. Iran was behind stirring up the Shia majority against the Sunnis leading to the serious disturbances of 2011. And we blame the Bahrainis. Israel too is threatened – with 30,000 missiles estimated as being assembled in Lebanon for use once  Hezbollah are no longer diverted by Syria. These are no longer some Meccano effort; they have become far more sophisticated and deadly. The Israelis tell me that local terror groups were short of money -before the EU-led Iranian deal.

Yet while dealing with Iran, disregarding its human rights abuses and even promoting the case for Iran to join the World Trade Organisation, the EU denies China an EU trade deal due to human rights abuses, despite imports of 300 million Euros a year. It nearly caused the Canadian trade deal CETA to collapse through demands to interfere in its human rights, while Australia and New Zealand walked away in the past for the same reasons. I sit too on the Trade Committee and see this hypocrisy first hand.

This is just one example of how EU foreign policy has failed with very profound and serious results. It is now time with Brexit approaching for Britain to regain full control over its own foreign policy and not stay as a bit-part player in the EU’s continued mistaken semi-imperialist aims.