A few years ago MPs started receiving emails calling on the British Government to get Nazanin Zaghari-Ratcliffe released from Iran.

Not realising it was an organised campaign I replied personally to a few, suggesting that a public instruction from the British Government ordering the Iranians to release an Iranian citizen (she has dual nationality but the Iranians do not recognise it) would almost certainly have the opposite effect to the one intended.

The Iranian Government, or elements of it, have a deeply rooted suspicion of Britain and America. They believe that since the 19th century we have worked closely together plotting and scheming to undermine their governments. Unfortunately there is some truth in this.

The 1953 coup d’état, financed by the CIA, against the popular leader Mohammad Mossadeq who was replaced with the Shah, and the help given to Saddam Hussein during the Iran-Iraq war are merely the most recent tangible examples of Western interference in Iran. The Government of Iran is riven with divisions but the one thing that unites hardliners and reformers is a suspicion of the West and repugnance of any suggestion of a colonialist attitude towards the Iranian people.

All this is well known, so I pointed out to the first few people emailing me that we should be very careful indeed about making public demands on the Iranian government – public demands are certain to backfire and make matters worse.

The only diplomatic approach likely to result in success with Iran will involve patience, courtesy, and private requests for clemency. Yet the tone from campaigners suggested that some people still think that the British Empire is alive and well and that the Foreign Secretary only has to raise his voice for foreign governments to tremble and obey.

This is the kindest explanation for the decision to make Nazanin a cause célèbre, constantly raising her case in the Commons. It is this which led to the questioning of the Foreign Secretary by a Select Committee, and it was the campaigners who are now making much of his replies which they say have made matters worse.

In fact by giving enormous airtime to a slip in Select Committee evidence, which few would have watched, the campaigners have now once again made this a big issue in Iran. Those within the Iranian Government and justice system who might have been minded to show clemency will find it much harder to do so because of the very public row that has been whipped up in Britain. Furthermore, the calls to sack the Foreign Secretary if Nazanin spends further time in jail will delight hardliners in the regime who would like nothing more than to be responsible for bringing down a senior British politician. Each call for Boris to go is making it less likely that Nazanin will walk.

Perhaps the people involved in Nazanin’s campaign are ignorant of how things work in Iran. The alternative is that some are more interested in using Nazanin’s plight to attack Boris Johnson for political advantage than in getting her out of jail.

Those who truly care about the plight of Nazanin should stop speaking in public and let the Foreign Secretary quietly get on with his job. 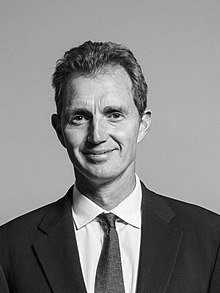